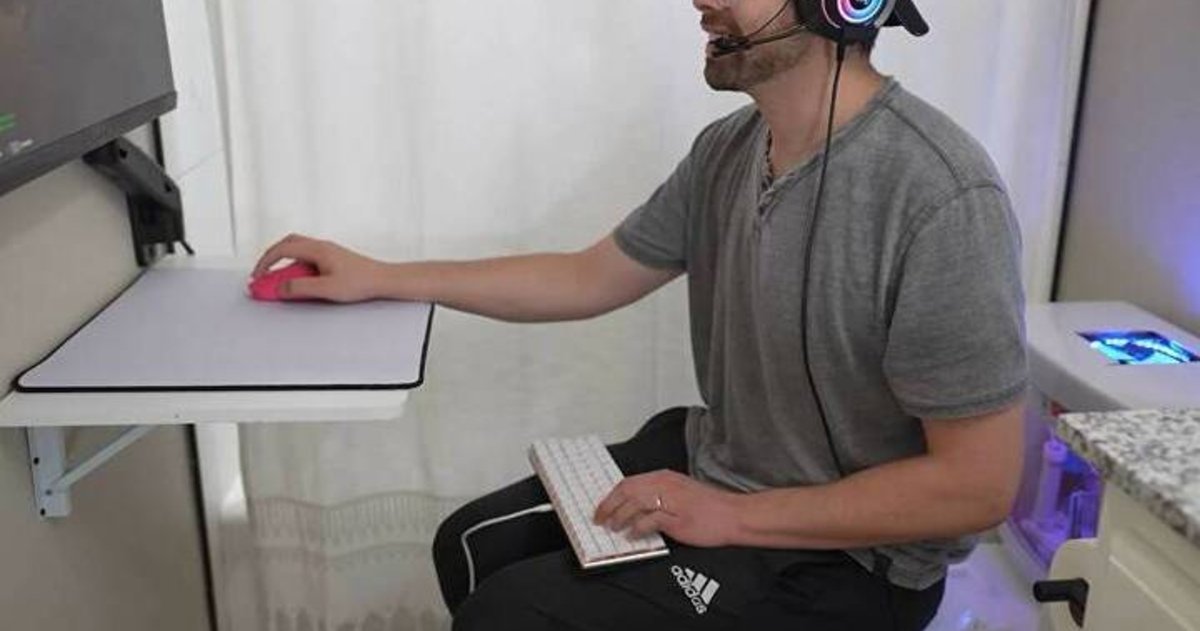 Share
Facebook Twitter LinkedIn Pinterest
Share
Contents hide
1 Do you think it is possible to turn a conventional toilet into a Gaming PC? This is how the youtuber Basically Homeless has achieved it.
2 This is the process of creating a PC gaming in a toilet tank

Do you think it is possible to turn a conventional toilet into a Gaming PC? This is how the youtuber Basically Homeless has achieved it.

Creativity on YouTube has reached extreme levels. Is it really necessary to convert a conventional toilet into a PC gaming? It is very likely that you have not been able to see anything similar before, so we recommend you open your eyes and enjoy the engineering work that has managed to make youtuber Basically Homeless. It has us accustomed to a whole series of strange interpretations, but this modification takes the cake. Going to your business and playing your favorite game will no longer be incompatible activities.

It is true that it is a somewhat strange solution, but the truth is that it has achieved incorporate state-of-the-art technology in a tanker, which has acted as the basis of the PC itself. We don’t want to know when you decided to think this would be a good idea, but we do want to know the outcome. Fortunately, he has wanted to show the entire process through his channel, so we can enjoy content that, most likely, you will not see elsewhere.

What are the keys that a toilet converted to a PC must have? gaming to be able to play your favorite video games? Its lid as a seat may not be the solution with the greatest potential, but the truth is that it can serve as a space to spend at least a few minutes. Here are the keys to understanding how was it possible to come up with a unique conversion process in the world. Will similar solutions come onto the market? It does not seem that it will be the purpose of companies from both sectors.

Basically Homeless wanted to take advantage of the moment when he relieved himself to play a game of Call of Duty. What better way than to convert the toilet itself to be able to play while he relaxed on the bowl! The first thing he did was cut the porcelain in order to create a kind of window by which he would see the operation of the computer. Now, what is it that she wanted to incorporate into her interior? The truth is that she did not choose low-quality products.

The computer set consisted of an Intel Core i7-12700 CPU, which was mounted on an MSI Z690I Unify mini-ITX motherboard. In addition to a 64 Gb RAM memory and an Asus Nvidia GeForce RTX 3060 video card. Micro Center, the package was completed with a 240 Hz MSI Optix monitor. As you can see, it was not about basic products in case the experiment did not work. The truth is that, after carrying out a series of tests, the experiment worked. It should be noted that hardly any insulating putty was used to prevent water from entering dangerous places.

The result demonstrates how it is possible to carry out this type of modification. However, these are products that, perhaps, do not are prepared to be exposed to high levels of humidity such as the one that can be experienced inside the cistern of a toilet. Still, the Basically Homeless plan seems to have worked out perfectly. It is unknown what will happen in the coming months in relation to this technology, but simply with this demonstration it will have been worth it.

It should be noted that the volume of water present in this toilet has been significantly reduced to avoid prolonged water contact with certain system components. Be that as it may, humidity will continue to play a differential role in determining whether this crazy idea is viable or whether, on the contrary, it does not cause any problem in the project as a whole.

India’s first mobile call was made on this day after independence, knowing the cost of 1 minute will blow your senses