they do it on purpose and it’s really annoying 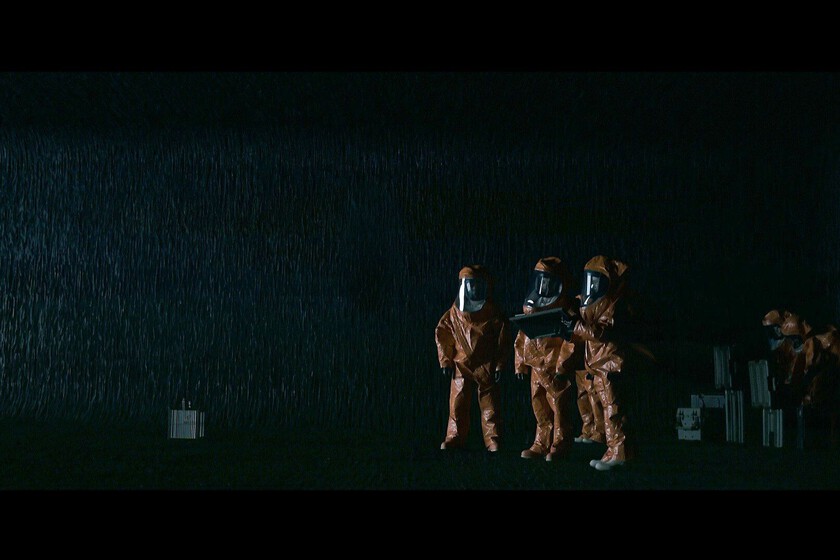 After spending a small fortune buying the latest technology in televisions or projectors, we calibrate them and hope that their image quality is up to par. Normally this is how it is when we play content such as demos, trailers, some video games and movie sequences or series designed to impress us.

But then in everyday use with a lot of generic real-world content things change. Although there are films and series with magnificent image quality, there are others that present some shades too dark or vice versa, with washed blacks and grayish colors and faded everywhere.

Is it the fault of our configuration? Well, generally no. They are content that they come like this from the origin, often with the argument that it is the “creator’s intention” and we must respect it. However, sometimes this type of content becomes hard to enjoy and it’s more of an irritating experience than anything else.

Contents hide
1 Discolored and darkened films
2 raised blacks
3 Can’t all this be fixed at home?


Scene from “Game of Thrones”

On many occasions you will have met very, very dark sequences that make it difficult to follow the action on the screen. It is a very helpful resource in the editing process for adjust colorimetry of the whole tape or simply to hide cheap special effects so they go more unnoticed.

Many movies and series in recent decades have become increasingly gray and dull. A grayish sheen covers everything, muting colors and giving an overall dark appearance that reduces visual impact sometimes under the guise of being a vintage tapebecause of course, centuries ago there were no colors in the world, or because the filmmaker wants to convey some specific “sensation” to the viewer at certain times or throughout the footage. 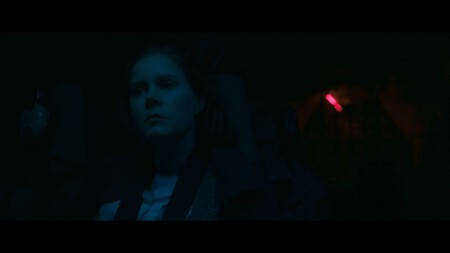 Sequence of “The Arrival”

We have a clear example in “The Arrival” by Denis Villeneuve, where it was decided to give the photography of the film a peculiar touch that turn off colors and limit brightness and contrast, to put it nicely. This makes it feel like a movie from decades ago where dark scenes are hard to enjoy. There are even a few like the helicopter ride where you can’t really see what’s going on.

In the horror movies It is a situation that occurs more frequently. Everything is so dark that you don’t really know what’s going on, where the bad guy is or what’s around the characters. It is the perfect excuse to hide the special effects and cheap settings and give “tension” to a scene that is difficult to follow if it were not for the volume shocks of the soundtrack. 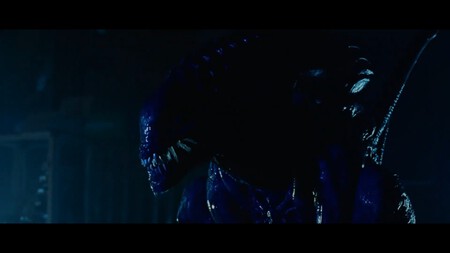 Sequence of “Alien vs. Predator: requiem”

The paradigm of this concealment of low-budget effects can be found in “Alien Vs Predator: Requiem”, which I once saw, or rather intuited on Blu-ray. Beyond the plot, in most of the footage it was almost impossible to tell what was going on since it was so dark. Finding out which bug ate which character was more intuitive than anything else.

The problem becomes even more complicated when you want to enjoy these types of scenes in a room in broad daylight, or at night with some ambient light. No matter what you do, if you want to find out a little about what is happening, it will be almost an impossible mission. 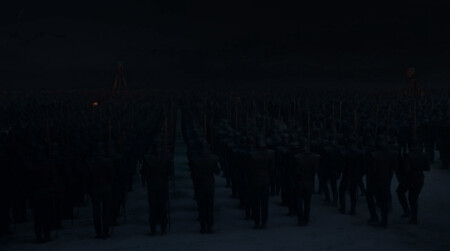 Another mythical example was that of the key scene of the popular series “Game of Thrones” that aroused so much controversy at the time. It doesn’t matter if you have a huge, epic battle with a multitude of contenders if later, in the end you can’t watch it because it’s all dark and with compression problems due to streaming.

But dimming is not the only common problem in many movies and series. It is also common to see what are called “raised blacks”an expression that refers to a excessive brightness increase in origin that results in a feeling of image washed out or faded.

It is similar to as if we had put a veil in front of the camera, as a kind of filter on the image that destroys the depth of blacks and reduces the color palette, providing an ash touch that lacks depth and is very inconspicuous. 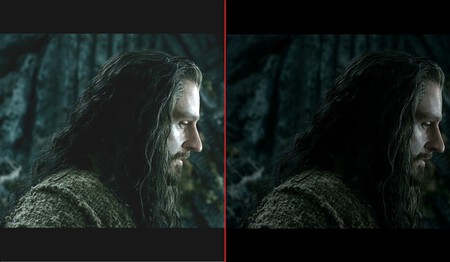 It gives the feeling that we have forgotten to remove the protective plastic from the screen and that is why everything is seen without contrast or brightness, with one non-existent blacks that we can quickly see in night scenes or in the final credits, especially if the film is recorded in panoramic format with upper and lower black bands. 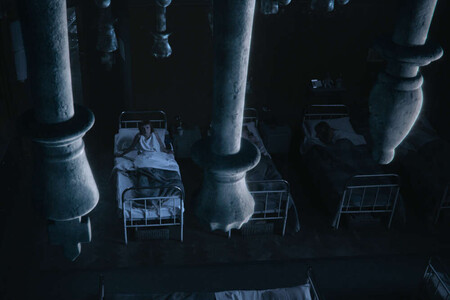 Movies such as the aforementioned “The Arrival” or more modern series such as “The Lady’s Gambit” or “The Curse of Bly Manor” show this effect multiple times, which is even present in commercials, programs and documentaries on DTT, this time I assume that due to some error in the configuration of the transmission.

Scene “The Curse of Bly Manor”

In these cases it is common for us to see everything with that peculiar greyish appearance which also does not provide detail in the dark areas, since we have exceeded the visible range of the different image formats.

In fact, instead of improving the image quality, given that we will probably be watching it in streaming or via DTT compression artifacts and defects such as grain are more noticeable than would be desirable, especially in the shaded areas, with poor gradients and purple-gray tones where we should have very dark blacks and grays.

And it is not a defect of old contents. It is something that we can also see in the recently released film “The Batman”, where on the one hand a dark image, very dark during almost all the footage and paradoxically with washed blacks in many moments.

Y no matter what TV technology we havewhether it is a modest LCD screen, an advanced model with miniLED and FALD, a very expensive projector or a state-of-the-art OLED television, the defect will still be there, although fortunately in this case it has a better solution than when the problem is an image that is too dark .

Can’t all this be fixed at home? 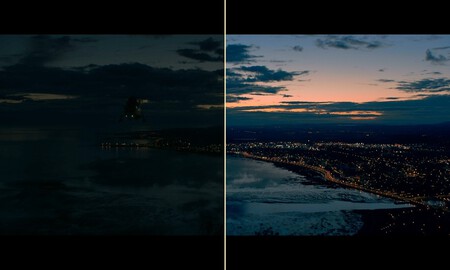 Well, unfortunately, in most cases these darkening defects, washed out colors and raised blacks, are not a problem with the configuration of our TV, but rather it comes like this from the origineither a streaming broadcast or in a physical format that have been distributed in this way.

There is little we can do if the image is almost completely dark, although if the defects are not very serious we can try to tweak our display settings as we saw in his day to alleviate the problem.

For this we can try to adjust the parameters of brightness, contrast, the gamma curve, the saturation of the colors and even the backlight of the TVEven if you don’t expect miracles.

what they are, what you need to see them and how you can take advantage of them