this dual-screen Android smartphone is at its lowest price 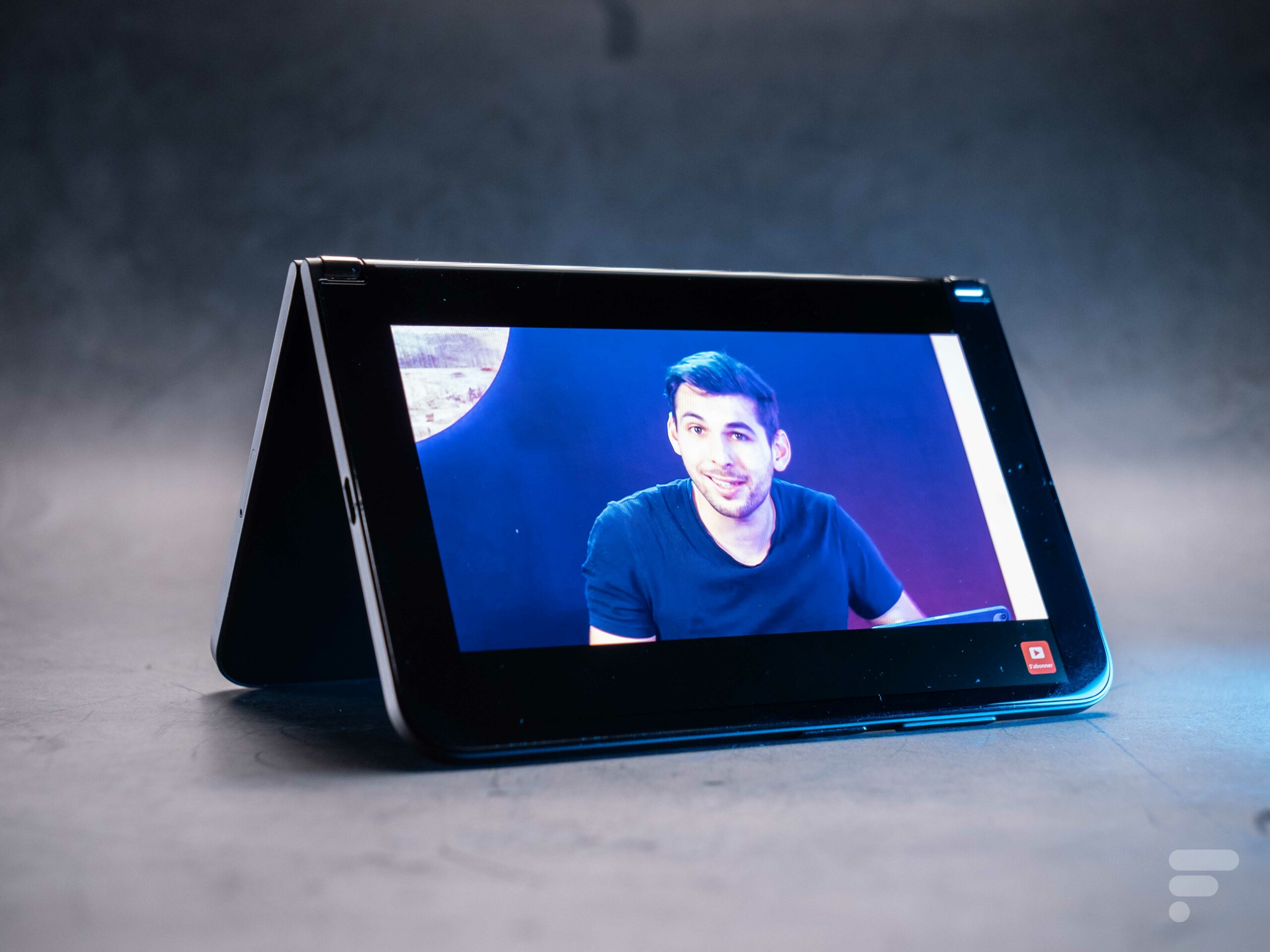 Microsoft’s Surface Duo is a rather peculiar smartphone that was sold for more than 1,500 euros when it was launched in 2020. Today, time has passed and a new model has replaced it, so it is now possible to obtain at a much more acceptable price thanks to this offer available on Darty.

While folding smartphones are more and more numerous on the market, Microsoft has decided not to do like the others with its Surface Duo. This smartphone opens like Samsung’s Galaxy Z Fold 4, but reveals two screens instead of one. The use is very different from the competition, where this product is also more intended for professionals than for the general public. But, with a reduction of more than 1,000 euros, he can surely now aim for another target.

Contents hide
1 Microsoft Surface Duo essentials
1.1 A practical smartphone depending on the use
1.2 A fairly modest technical sheet in 2022
2 The best smartphones of the moment

If the offer mentioned in this article is no longer available after that, please take a look below to find other Microsoft Surface Duo promotions. The table updates automatically.

Take back this smartphone in a few clicks

A practical smartphone depending on the use

The great particularity of the Microsoft Surface Duo is obviously its double screen which is revealed once opened. There are two 5.6-inch AMOLED panels on each side for a total area of ​​8.1 inches. A border is therefore visible in the middle unlike a Galaxy Z Fold which has a single foldable screen, but it is not really bothersome when used in portrait mode. Some applications are even optimized in this sense, to see the emails of his mailbox on the left and read the selected mail on the right, for example. The Office 365 suite is perfectly integrated and optimized for this dual screen, a big advantage if you are used to using this software. You can also vary the pleasures by putting an application on the left and another on the right. This smartphone is clearly designed for multitasking. On the other hand, for use in landscape mode such as when playing a video, the border is really too important to forget.

With its free-standing hinge, the Surface Duo can flip up to 360 degrees and have both screens on either side of the smartphone. It’s more practical for one-handed use, but it also opens up other possibilities, such as opening it a little over 90 degrees to put it on a table. In this way, it will be easy to do word processing, a bit like on a laptop PC, with the virtual keyboard on the lower screen and the necessary software on the upper screen. It’s useful for taking quick notes during a meeting, or jotting down an idea when you’re on public transport. Note also that the Microsoft smartphone is compatible with all styluses in the Surface range. It can even be used as a portable consoleespecially if you subscribe to Xbox Game Pass Ultimate to play via xCloud.

A fairly modest technical sheet in 2022

If you only look at a smartphone by its technical data sheet, the Microsoft Surface Duo may not please you too much. Indeed, his is far from the standards of 2022, in particular with the presence of a Snapdragon 855 dating from 2019. The old high-end SoC from Qualcomm remains efficient for the different uses of the Surface Duo, but do not expect to an overpowered smartphone capable of playing the latest 3D mobile games in the best graphic conditions. Similarly for the photo, there is only one 11-megapixel sensor which pales in comparison to the competition and which will be used only for videoconferencing.

As far as autonomy is concerned, it does not do too badly despite its small 3,577 mAh battery. Allow a little over a day for typical use, with 15 hours of video playback and 27 hours of communication, depending on the brand. In addition, we appreciate the speed of its wireless charging which allows the Surface Duo to recover 75% in just 1 hour. On the other hand, it is a little longer for the remaining percentages.

To learn even more, do not hesitate to read our complete test on the Microsoft Surface Duo.

The best smartphones of the moment

If the Microsoft Surface Duo is not suitable for your needs and you prefer to invest in a more recent reference, we invite you now to consult our guide to the best smartphones to buy in 2022.

Here is our selection of the best smartphones of 2022. All the models present in this buying guide have been tested and validated by the Frandroid editorial staff. Find out which phone to choose for your budget…
Read more