This interactive map shows the most important person in each city in the world, and there is controversy with some 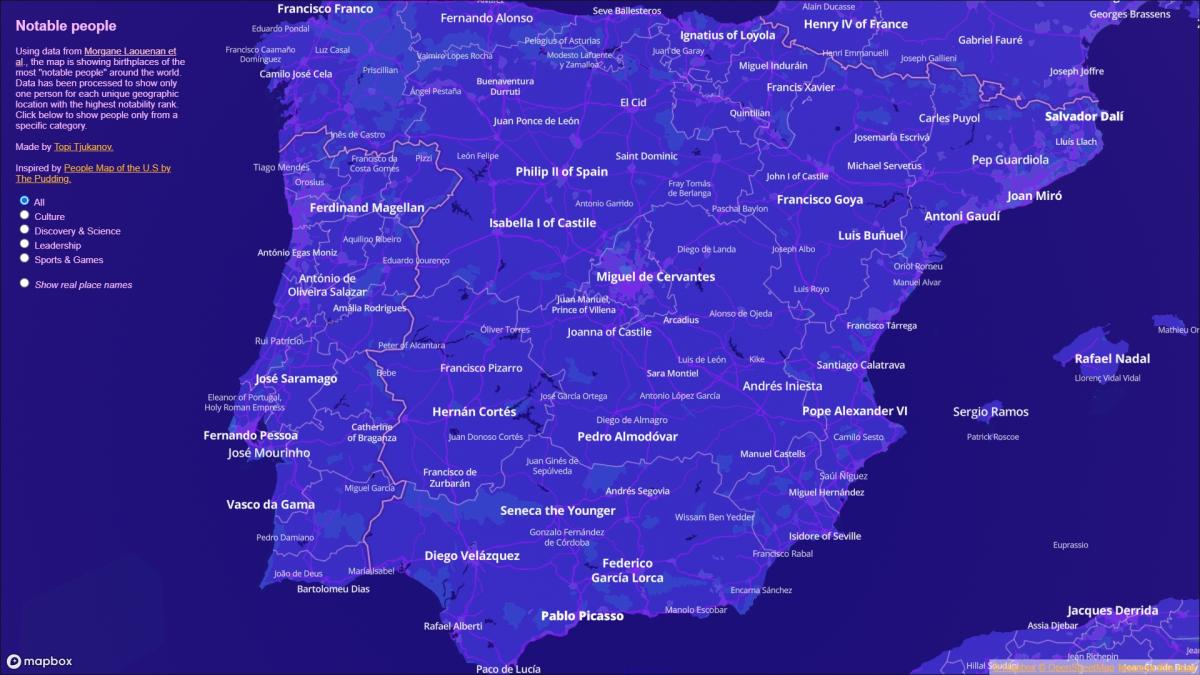 Influence is a relative value when we talk about historical figures. Surely a dictator has been more influential than a great scientist or a well-known athlete. Who is more important?

A group of data scientists have published in Nature an extensive study on the most important people in the world, based on their place of birth. Four criteria have been chosen: Culture, Discovery and Science, Leadership, and Sports and Games.

These data have been grouped into an interactive map containing 2.29 million important people, that go from the year 3,500 before Christ, until 2018. That supposes 1 of each 43,000 people that have been born in the Earth, since the human beings exist:

In Spain we can see immortal artists like Picasso, Goya or Dalíhistorical figures like Philip II, Seneca, El Cid, or Pope Alexander VI, and athletes like Rafa Nadal, Pep Guardiola or Fernando Alonso.

How have these notable people been chosen? Data scientists have scanned Wikipedia and Wikidata in all languages ​​to extract the most notable people.

To establish who is more or less important in each localitythey have prioritized information such as the number of views of character bios, how detailed that bio is, the number of mods, external reference links, etc.

The interactive map is very curious because you can discover the unexpected origin of famous people. For example we can see that JRR Tolkien was born in South Africa, just like Freddy Mercury or Elon Musk. And that Barak Obama was born in Honolulu.

From this link you can take a look at the Interactive Map of Notable People. Inside the map, on the left, you have a collection of filters where you can set only the artists, scientists, athletes or politicians, and also if you want to see the name of the town or not.

The best of all is that It is not just focused on the big cities. In total, more than millions of locations around the world are registered, as we have said. Even small towns, if the character is important.