this is all you can do with Wallet 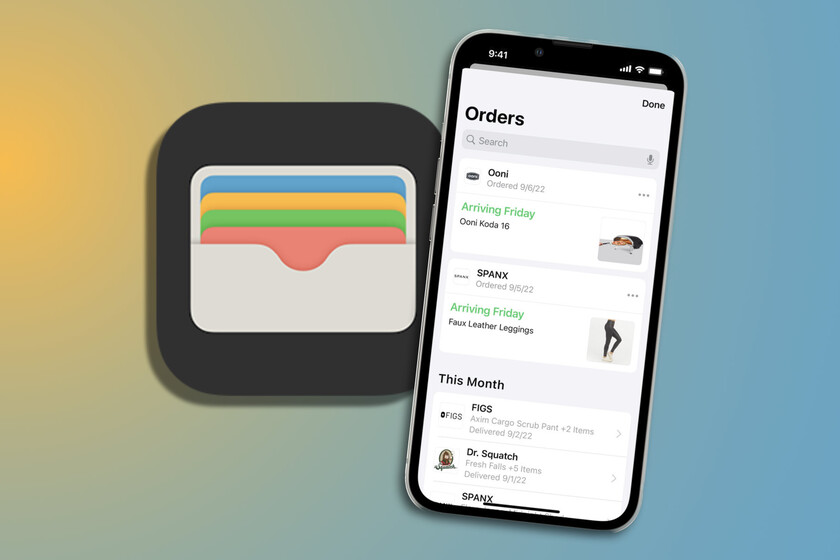 Share
Facebook Twitter LinkedIn Pinterest
What is the Wallet app for? To pay with Apple Pay, right? Yes, true, but it serves much more. Just like the physical wallet that we carry with us in our pocket, we can save much more than debit or credit cards in the Wallet app (formerly Wallet) of our iPhone. And that opens the doors to a good number of possibilities.

Tickets for different locations, cards, keys and much more are some of the options. And that’s not to mention that in the United States the possibility of saving the driver’s license in the app is already being deployed. Something that is not yet available in Spain, but that sooner rather than later should arrive and contribute to the physical wallet is increasingly replaced by our iPhone.

We have already said that we can use the Cartera app to pay thanks to the fact that, with Apple Pay, we can add credit and debit cards from almost all banks in Spain. This allows us to also pay on the web and when we do so, as long as the merchant in question has enabled this option, we can track the package directly in the Wallet app. A very comfortable option to avoid having to resort to tracking numbers and the web or third-party applications to know when the order will arrive.

In addition, all the transactions we make with Apple Pay in the Wallet app are reflected and saved for approximately a month. Thanks to it we can very easily consult the movements without having to go to the bank’s app which, too often, does not offer us the best interface for any query.


In addition to using credit or debit cards, we can use other types of cards, such as tickets and tickets. Tickets for the cinema, for a concert, plane, boat or train tickets, transport passes or reservations at a restaurant are just some of the options offered to us. Basically, any item with a QR code is likely to end up in the Wallet app.

The same is the case with the loyalty cards for supermarkets and shops, with the client cards of a gym, swimming pool or a library and practically everything that can occur to us. Here, the Wallet app is postulated as something really interesting, since in one fell swoop it ends with dozens of passes, vouchers and the like that clutter up a traditional wallet, but here they don’t even take up space. Beyond cards, in the Wallet app we can also carry keys. Can store the keys of various models of smart locks HomeKit, with which we only have to bring our iPhone to the door of our house to open it. We can share those keys with other people so everyone who has to get in can.

Similarly, We can also take our car keys. It is true that initially there were few models and brands that integrated this possibility, but the option is gradually expanding. As with the keys to the house, we can share them with other people and do so by controlling what they can do with them. Thus, we can allow a child to open the car to wait inside at a certain time without him having the chance to start it, for example.

The Wallet app (before iOS 16 Wallet) goes far beyond allowing us to comfortably pay for our purchases. The flexibility that QR codes provide, together with a good app in which to manage them and make sense of them, means that we can forget about the physical portfolio on more occasions. On our iPhone we have everything we need.

In Applesphere | Cash with Apple Pay? Sure, we just have to go to an ATM