this is how banks analyze concepts 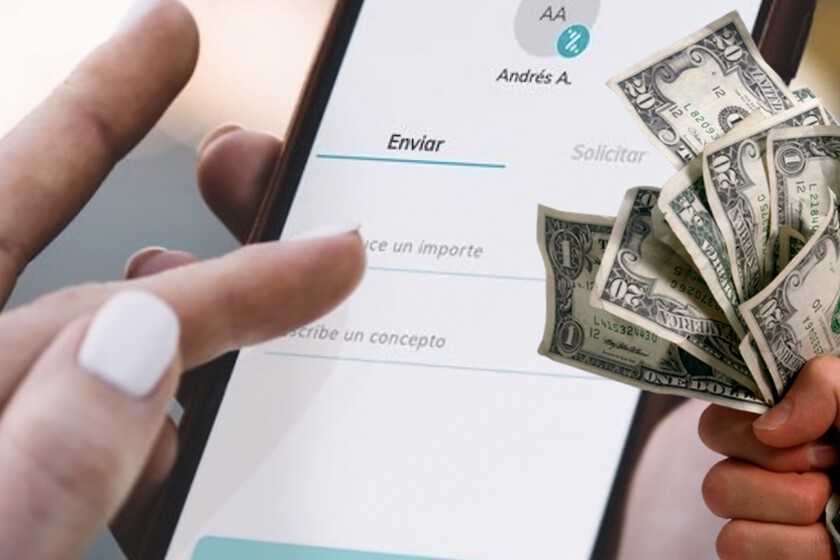 Bizum is a tool linked to your bank that It allows you to send money to another person in such a simple way that it almost seems that you are sending a WhatsApp message. (in fact you can use this service without leaving the messaging application). This simplicity when making transfers, which are also free for you, can lead you to joke about the reason for sending, but be careful, lest you have legal problems.

So much so that the banks, which are part of this process of sending and receiving money, since Bizum is linked to your account, read the subjects of the money transfers that you write. They do not do it to gossip or to violate your privacy, but rather to comply with the law. In some banks have entire departments created to detect fraud or other matters that may go against the law.

Contents hide
1 Who applies the security measures
2 Cases in which a bank has been alerted: 11 euros for the “holy war in Syria”
3 What does data protection say in this case

Who applies the security measures


With all this, being so simple to send even a cent (or hundreds of euros) to a colleague, you might even think of putting something funny in the matter that, in reality, for your bank and for the law in your country they will have nothing of fun. Quite the contrary. And you have to be careful with that. Do not send money for “cocaine” or for the “Taliban” or “terrorism” because you will make your bank work more and you can end up in a complicated situation.

From Bizum they explain that the application “does not consult the subjects of the operations carried out nor does it apply any filter on them. Bizum is part of the banking applications of the entities and it is they who apply the security measures in their online banking according to their policy, measures that are the same as those applied to other financial products such as ordinary transfers”.

Jorge Morell Ramos, a lawyer from Legaltechies specialized in law and technology, explained to Xataka](https://www.xataka.com/legislacion-y-liberties/care-asuntos-bizum-estramboticos-que-bancos-leen-conceptos- transfers-can-call-us-we-put-something-strange) that regulation 10/2010 on the prevention of money laundering and the financing of terrorism “forces entities such as banks, businesses, means of payment and others to monitor transactions that may be suspected of laundering or financing terrorism”

According to the expert, since there are millions of transactions carried out, “apply automatisms to detect patterns or keywordsand everything that sounds strange has to generate an alert, be verified and if it is the case, communicated to the corresponding entities”.

Cases in which a bank has been alerted: 11 euros for the “holy war in Syria”

There have already been cases, made public (who knows how many more there will be not shared on their networks), in which a bank has called a client to ask for explanations of a shipment” with a complicated matter. For example, the transfer of a few euros through Bizum with the concept “Weapons for the holy struggle in Syria”. This **transaction was automatically rejected and the client also received a call from his bank.or to talk about it.

This was the concept: pic.twitter.com/1CJsFPisin

This user shared on his Twitter profilesince he made his case public, how other people contact you asking what to do after sending money with a bizarre concept (completely unaware that this could be a problem) and whether they should tell the police that the concept of their money transfer is just a joke and not that they are actually involved in international terrorism.

Other concepts that have been published and have led to problems have been “For the cocaine”, “Thanks for the kidney”, “Al Qaeda” or “Weapons-grade plutonium”.

They have called me from the bank by the names of the Bizum that I receive. That you know that putting “Al Qaeda” as a concept does not make Santander very happy.

The limits of humor are marked by a multinational. Awesome.

With this situation, “a bank in Germany asked its clients to stop doing it since it generated extra work for them” and even collapsing its systems, according to information from Stefan Marotzke, spokesman for the German Association of Savings and Giro Banks. (DGSV). These jokes force entities to initiate an investigation process to verify that they are not carrying out an illegal business. (money laundering, organ sales, terrorism, fraud…) as Marotzke already said publicly in 2018 when this issue became a problem.

What does data protection say in this case It must be said that although there are extensive regulations for the protection of citizen data, in this case, it is legal for your bank to read the concept of a few euros sent by Bizum. Sergio Carrasco, ICAIB lawyer, explained to Xataka that regarding the transfer of data associated with the transfer, is protected because in the end it is the execution of the contract, and they inform you.

For his part, Samuel Parra, an expert lawyer in privacy and Data Protection, said that banking entities have the “obligation to combat the financing of terrorism or money launderingand therefore, one of those measures, among many others, is to detect concepts in those Bizum”.

In addition, the money laundering regulations themselves “already establish in article 32 bis that the consent of the interested parties is required so that the subjects bound by said law process the necessary personal data”, the expert has specified.

Google will force you to link your Fitbit account: do you already know how?