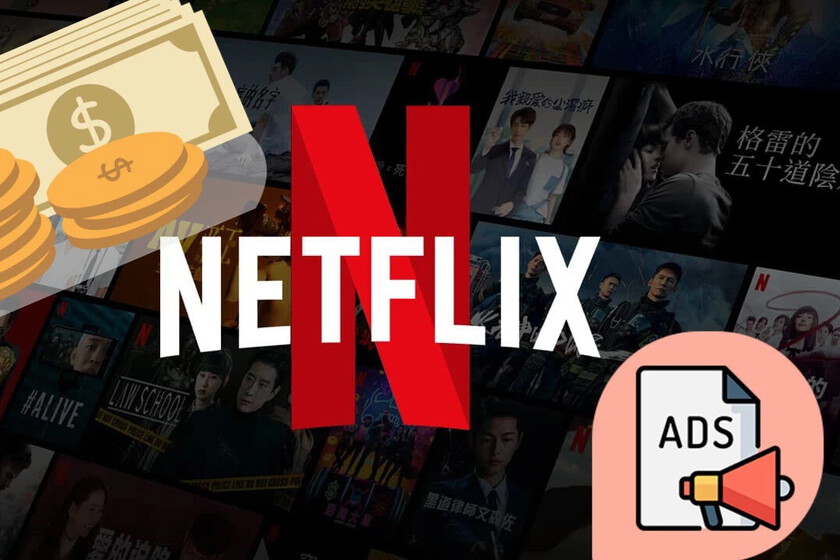 At the end of last June, Netflix confirmed rumors that it had a plan on the table to integrate advertisements on its platform. Even then, he made it clear that what he had in mind was to offer a new subscription plan with cheaper rates, while the current subscription plans remained unchanged. But little else we knew about it. Today, finally, they have announced how much this new modality will cost, and from when it will be available.

The new Netflix plan has been baptized with the descriptive name of ‘Basic with ads’, will arrive in November and “has everything that people love about Netflix to a more affordable price…with some ads“. And how much cheaper is it?

Well, if the traditional ‘Basic’ with ads was worth (and is worth) 7.99 per month, ‘Basic with ads’ will cost us €5.49 per month for Spanish consumers: 2.5 euros less than ‘Basic’. Users of the new plan will also be able to cancel it or switch to another at any time.

Spain will be one of the 12 markets in the world where this new option will arrive first subscription, together with the United States, Canada, the United Kingdom, France, Germany, Italy, Australia, Mexico, Brazil, Japan and South Korea. And it will disembark exactly at 5:00 p.m. on November 10.

In addition, the video quality of the Basic Plan (without ads) goes up to 720p/HD

7 TRICKS to get the MAX out of NETFLIX

Contents hide
1 What changes in this new plan?
2 Streaming TV beats traditional TV… but we won’t notice the difference as much

What changes in this new plan?

The new plan will continue to be available on all devices where we have been using the ad-free plans, but the offer of contents will be restricted due to licensing issues (“which we are working on”), the video quality will be 720p/HD (both in the ‘Basic with ads’ plan and in the ‘Basic’, which until now only supported 480p)…

…and we will have to visualize an average of 4-5 minutes of ads every hour, with ads lasting 20 seconds and that will be inserted both before the start of the movie and during its playback.

As stated by the streaming company at the press conference announcing this new plan, the transition from traditional television to streaming is advancing by leaps and bounds (having overtaken free-to-air and cable TV in the US), forcing broader audiences to be considered.

They have highlighted that the launch of this new model with advertising will be possible thanks to the “valuable” collaboration of Microsoft, and the agreements with the display verification companies DoubleVerify and Integral Ad Science, which will allow them to offer advertisers an offer with validated traffic, extensive targeting options (by country and film genre), and the possibility of prevent your advertising from appearing on certain content potentially incompatible with trademarks.