this is how the animated Emojis are in pack 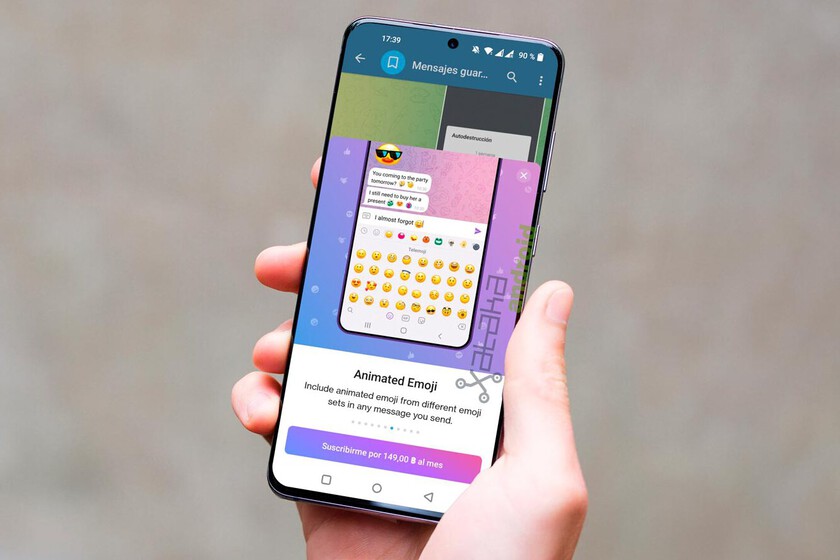 Share
Facebook Twitter LinkedIn Pinterest
What a novelty prepares Telegram for the next version of its app, it is a twist on its excellent stickers: the animated Emojis. Organized within packs, as happens with stickers, these animated emoticons maintain the design and size of the usual icons, although move to represent different emotional states. Of course, the animated Emojis will be exclusive to premium users.

In its constant desire to innovate in the field of communication between devices, Telegram has been including so many functions in its messaging apps that they no longer only serve to communicate with other users, but also they have become file clouds, blogs and even communities. And, with the launch of the premium service, Telegram has been forced to give even more value with its platform. It is just about to revolutionize Emojis, we have verified it.


Impressive animated Emojis that are added by packs

Until now, Telegram offered three different ways to communicate with graphic elements. The Emojis of a lifetime could be used; that they became animated if the user sent any of the available ones with animation. In addition, there were the stickers or stickers, also the variant of animated stickers. These last two elements are added to Telegram by packages or packs.

These animated Emoji packs can only be downloaded if you have Telegram Premium, the platform payment service. Currently, there are 11 different packs: Different packs of animated Emojis in Telegram, both installed and to be installed

Each pack of animated Emojis has an infinite number of emoticons, between 25 and 77 emoticons (depends on the package). They can be added to the collection just like stickers. And they are sent from the Telegram Emoji selector: all the desired animated emoticons can coexist in a message. Even with text. When a single animated Emoji is sent it appears on the screen in a large size. And as more animated emoticons are incorporated into the message, the size of the Emojis is reduced accordingly. Always showing the individual animations of all Emojis. Animated Emojis can already be used in Telegram beta, but only those who have contracted the Premium service. Stable Telegram users who receive animated emoticons you will not see them animated, only static (and with the appearance of generic Emoji, not the customizations of the packs). Telegram will surely include this novelty in the next stable version of the application, it should be on its way.