this is the design of the brand’s first mobile 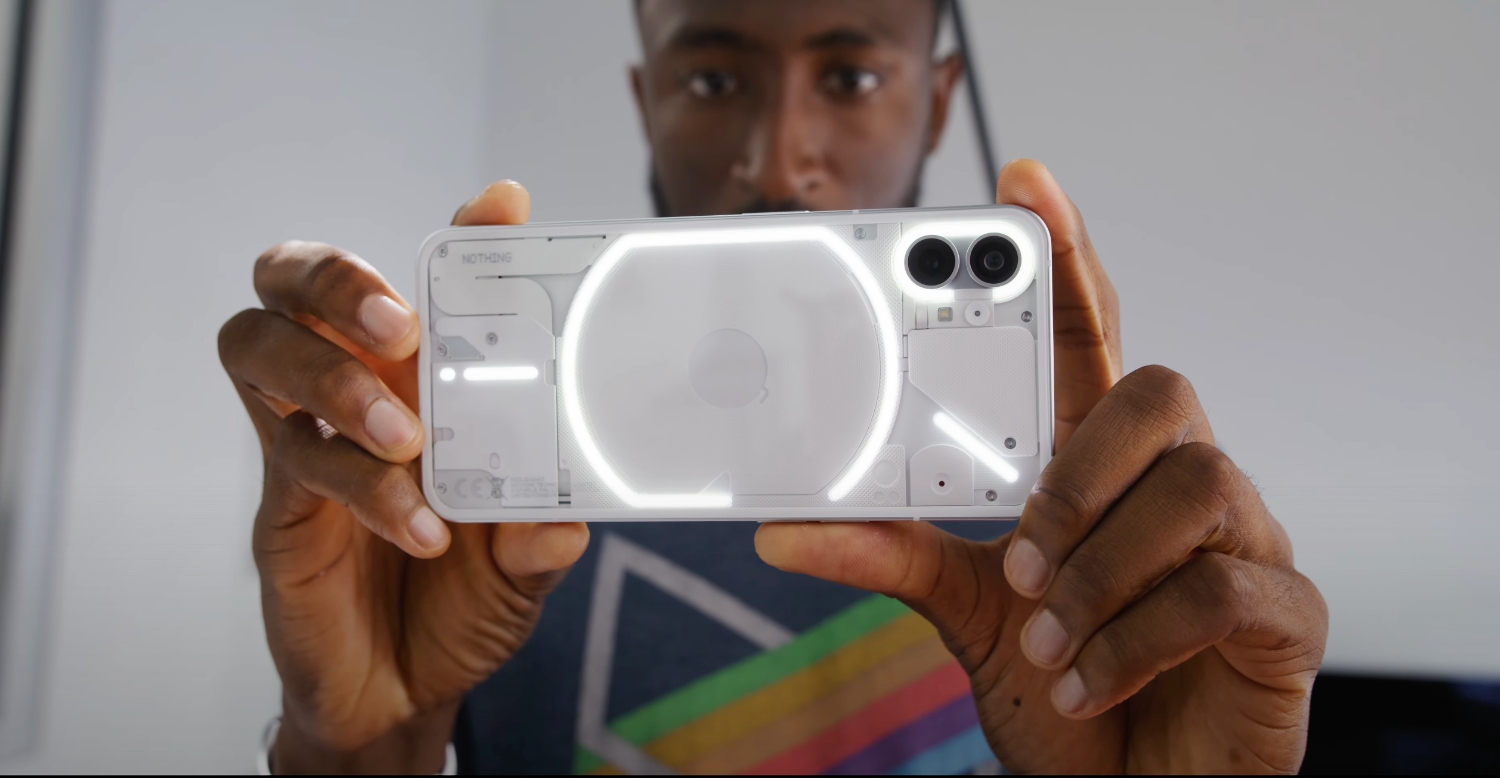 Nothing has been advancing some details of the Nothing Phone (1), which will be his first smartphone. The company founded by Carl Pei, one of the creators of OnePlus, has confirmed that the device will come with a Qualcomm processor, its own customization layer and a transparent design, following the line of its first product; Ear headphones (1). Its appearance, in fact, is so far the most outstanding feature, and it has finally been seen in great detail thanks to a video published by the ‘youtuber’ Marques Brownlee.

In the video, MKBHD shows for the first time the front of the Nothing Phone (1), which will arrive with symmetrical frames and a camera directly on the screen, located in the upper area. It also reveals the side frames, which will be flat and with a matte finish, similar to those we see on the iPhone 12. The important thing, however, is on the back, and not only because of that transparent aspect.

The back of the Nothing Phone (1) also It has an LED lighting system. These run through some of the most important parts of the device. Specifically, the wireless charging coil, a small area on the bottom and another small area on the front, and they light up in various situations.

Contents hide
1 Nothing Phone LEDs (1) light up to the beat of music, calls or to indicate charging
2 The first Notging mobile will arrive in July

Nothing Phone LEDs (1) light up to the beat of music, calls or to indicate charging

For example, the LEDs can light up when the terminal is playing music. In this case, the Phone (1) is able to change the intensity of the light depending on the rhythm of the song. They also light up when receiving a call or notification. Again, to the rhythm of the music, and with the possibility of choosing the sound and animation of the LEDs through the settings.

Another interesting feature of the back of the Nothing Phone (1) is that the LEDs can also indicate the charge level of the terminal. When connecting the cable, the light of the lower strip lights up depending on the percentage of battery supplied. When a reversible charging accessory, such as a headset, is attached, the area around the Qi coil also lights up to indicate that the device is charging.

The first Notging mobile will arrive in July

In addition to the design, and some of its star features, such as the inclusion of its own customization layer that offers a design inspired by the company, Nothing has also revealed the launch date of this Phone (1).

The terminal will be announced on July 12, through a face-to-face launch event in London that, in addition, can be followed via streaming through the company’s website. At the moment, the price and availability of the device is unknown. The rest of the technical specifications are also unclear. However, and thanks to the videos that show its appearance, we know that it will come with a double main camera. We do not know, yes, its configuration. The specific model of the SoC is also unknown. However, it is rumored that it could be the Snapdragon 7 Gen 1, a chip intended for mid / high-end terminals.