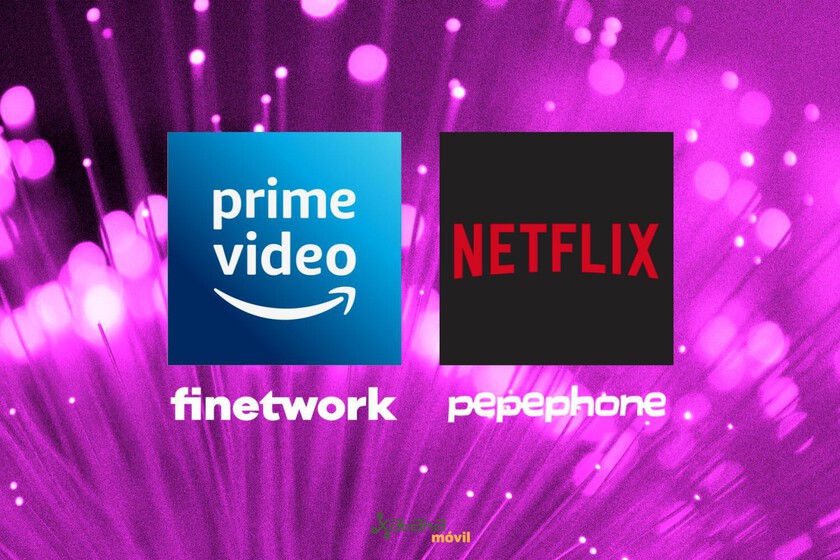 Share
Facebook Twitter LinkedIn Pinterest
Finetwork has once again boosted its offer in a way that is familiar to us, because it has opted to include in some of its rates the subscription to a streaming service with movies and series on demandbut without having to contract a television package as is the case with Movistar, Vodafone and Orange.

Actually, it is the same idea that Pepephone has been exploiting with Netflix for months, and now Finetwork has wanted to enter the fight with its own rate offer with Amazon Prime. And to find out if they are really profitable, we are going to compare them with other similar combinations of other low cost operators.

Mobile + movies and series from 15 euros

The new finetwork offer inaugurates the cheapest combo, with its mobile line with unlimited minutes and 50 GB + Amazon Prime for 12 months for 14.90 euroswith the only drawback compared to other alternatives on the market, that the service requires a 1-year stay.

But we will find few cheaper alternatives if we take into account that the Amazon subscription is valued at 4.99 euros. The 50 GB in other operators cost the same 15 euros in Digi, Lowi or Hits, the most profitable would be Xenet with its 60 GB for 9 euros.

Raising the ante to 100 GB on mobile, Finetwork with Amazon Prime costs 19.90 euros, while Pepephone with Netflix Basic (valued at 7.99 euros) costs 25.90 euros. Again, Digi, Lowi or Simyo offer 100 GB for the same price as finetwork, but they do not include any subscription. Finetwork repeats itself again with the cheapest combination of fiber, mobile and subscription, offering 300 Mbps + 55 GB + Prime Video for 34.90 euros a month. That is, the same price and similar conditions as the offers from Digi, Lowi, O2, Simyo, to which the price of the respective subscription would have to be added.

Around the 100 GB on mobile and fiberDigi’s 37 euros, Simyo’s 38.99 euros, and Lowi’s 42.95 euros, have enough margin to add a subscription to a video-on-demand service with results similar to those offered by Pepephone in its combined more complete.