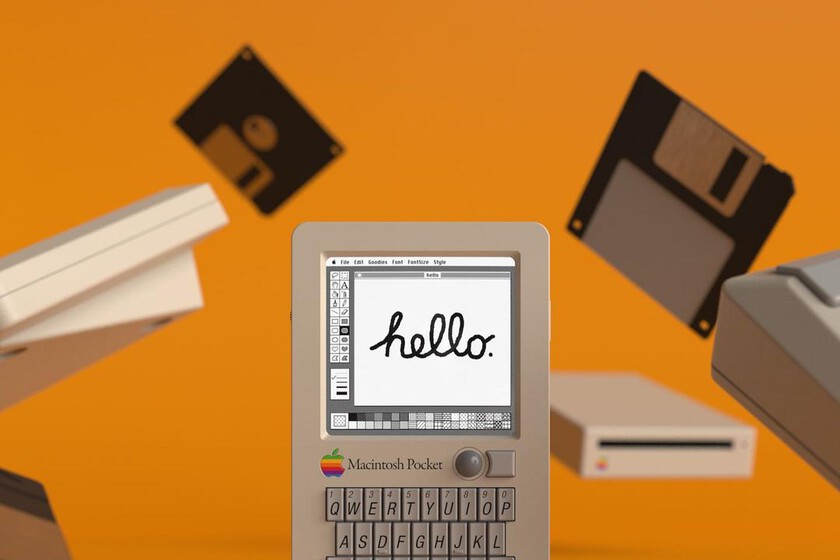 Share
Facebook Twitter LinkedIn Pinterest
Perhaps having devices like the iPhone 13 Pro Max in our hands makes us lose the perspective that really only 15 years ago we have devices like that. In technology, this period of time is even longer due to the exponential advances that have been made in recent years, but it is amazing to think that just over 30 years ago the most amazing thing we had at home were 8-bit computers.

For Steve Jobs it was always a science fiction dream to have at least one device “the size of a book and with the power of a computer”, only his bicycle for the mind was much faster than for the rest. In the 80s, Hartmut Esslinger was the one who drew the lines of the future that Apple wanted to achieve. Devices like the AirTag and everything we are discovering with them, would have amazed him as a concept.

Jobs’ rejection of the Newton had more to do with its immature technology than its concept.

Jobs’s rejection of the Newton, perhaps the most dystopian made in Cupertino – although the real reason for its failure was the implementation of a technology that was not yet mature. The apple of the 90s that it no longer had Steve Jobs among its ranks seemed to want to prove something, but it was ruled out with its return to the company because it was too soon. However, the dream of carrying a computer in your pocket is something that would continue to run down the spine of the company until the launch of the original iPhone in 2007.

“Wow! Is this a Macintosh?”

The industrial designer Rex Sowards answered yesterday a question that perhaps many of us asked ourselves in the presentation of the iPhone – and that many wondered during the previous rumors. Is the iPhone a Mac? Sowards answers the question but going back to the time of the original Macintosh, in what we might think is an alternate world where the company gets the technology to create a real pocket Macintosh. Just as we imagined it.


The idea to create something like this came from watching the Kimmy Schmidt series, where in one sequence she holds an iPhone and freaks out: “Wow! Is this a Macintosh?”. Her reaction makes perfect sense since in fiction, the protagonist has been rescued from a sect in her last years where she has spent 15 years-with what she sense technology is different from the rest of the world. Sowards has studied the industrial design of the original Macintosh and it has also taken many ideas from a similar technology at the time: the Game Boy, as the following image will remind you: 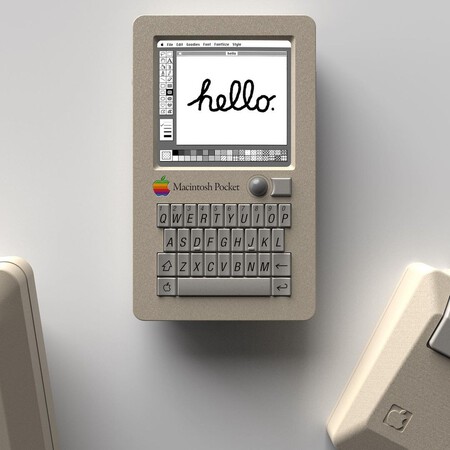 The design is somewhat reminiscent of the heritage of tube CRT monitors, with curved screenwhich further reinforces the feeling of a device from another era: 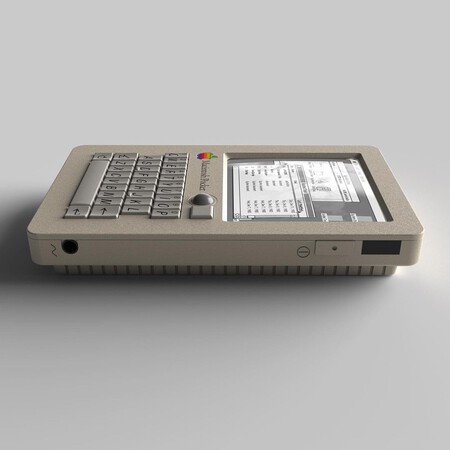 For the designer, one of the most complicated aspects to achieve is the hypothetical mouse tracking in a world where touch screen technology was not that advanced. He solved it with the Trackball that many of us still remember from the legendary first PowerBooks: 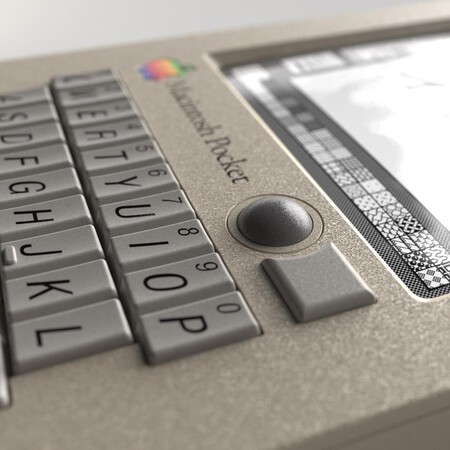 The side reminds us of a mix between the original macintosh case and a volume button also widely used at the time. Of course, with headphone jack: 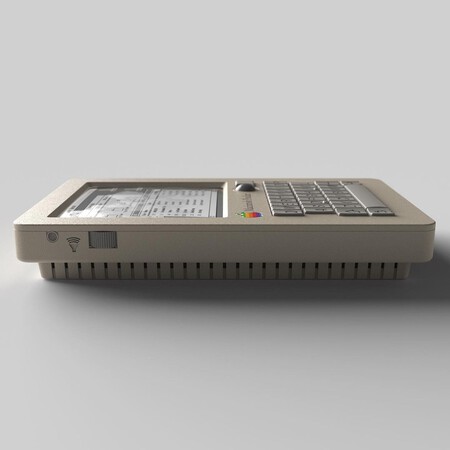 design would have been everything a dream for the time – logically impossible at the technology level – but a good design exercise for fans of the brand that Sowards solves with that dystopian air that we like so much. Unfortunately it does not have a built-in floppy drive, but it does have all the connectivity of the Macintosh Classic: Apple Desktop Bus (ADB), connection for printer, modem and a DB-25 SCSI hard disk connector: 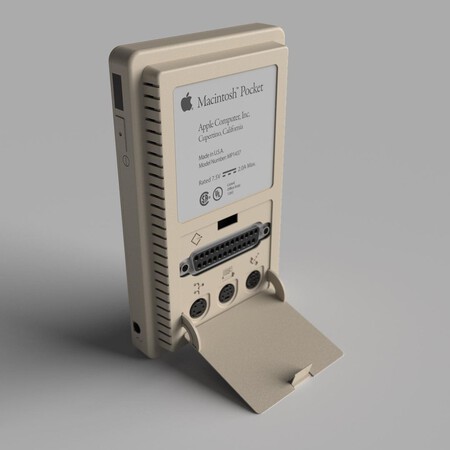 Undoubtedly, a spectacular design exercise with some points to resolve (how is it charged? Is it always connected to the mains?) but back in the day it would have been a breaking point in technology perhaps as important as it was. was the introduction of the iPhone in 2007.