this is what happens when we try to install it 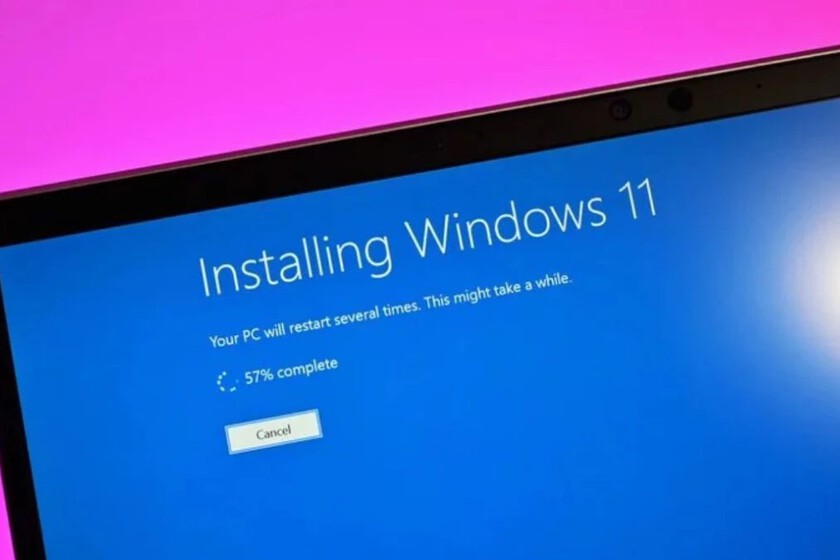 We’ve been with Windows 11 for over a year, and there are still plenty of users who are skeptical of it. It is not for less, because the latest version of the Microsoft operating system it has given more problems than new features. And it is that in addition to its inconsistency in the interface, something that little by little they are fixing with design improvements, a large part of the system updates are based on including functions that were already in Windows 10 and that for some reason have not been incorporated in this version.

Despite the problems, Microsoft wants to continue convincing the public of its operating system through continuous strategies in updates and corners of the system. One of his latest proposals in this regard is offer immediate upgrade to Windows 11 through the ‘Out of Box’ experience that the system provides when we first install Windows 10. In this way, when installing Windows 10, the company suggests us to upgrade to Windows 11 from a blue screen that appears while the installation is completing.

If you install Windows 10, Microsoft will suggest installing Windows 11

This new initiative to encourage users to install Windows 11 comes through an update that Microsoft announced a few days ago. In it they state that have added the option to upgrade to Windows 11 on supported devices as part of the OOBE (Out of Box Experience) process.

The update is applied to all installations of Windows 10 Home and Professional with versions 2004, 20H2, 21H1, 21H2 and 22H2. The update will be installed during the OOBE process as long as there is an Internet connection. Although from version 20H2 no additional update is required for this message to pop up, it is recommended to install the November 2020 update at least if we install Windows 10 version 2004. Once applied, you will have to restart.

As we can see in the image offered by the Neowin medium, during the installation process we will see a message in which Microsoft suggests us to move to Windows 11. When the message appears, the user has three options to choose from: see what’s new in Windows 11, leave it for later, or upgrade to Windows 11. According to the message, the installation takes up around 4 GB, and they also warn us that some Windows 10 features will not be available in this new version.

With still a 69.77% market share according to Statcounter, Windows 10 continues to be the preferred option for users of this operating system. Windows 11 remains at 16.12%, although little by little this figure is increasing. Users are cautious when installing this new version, especially due to continuous system problems. Recent examples are those caused by the Task Manager, performance problems in games, or the lack of functions that were in Windows 10.