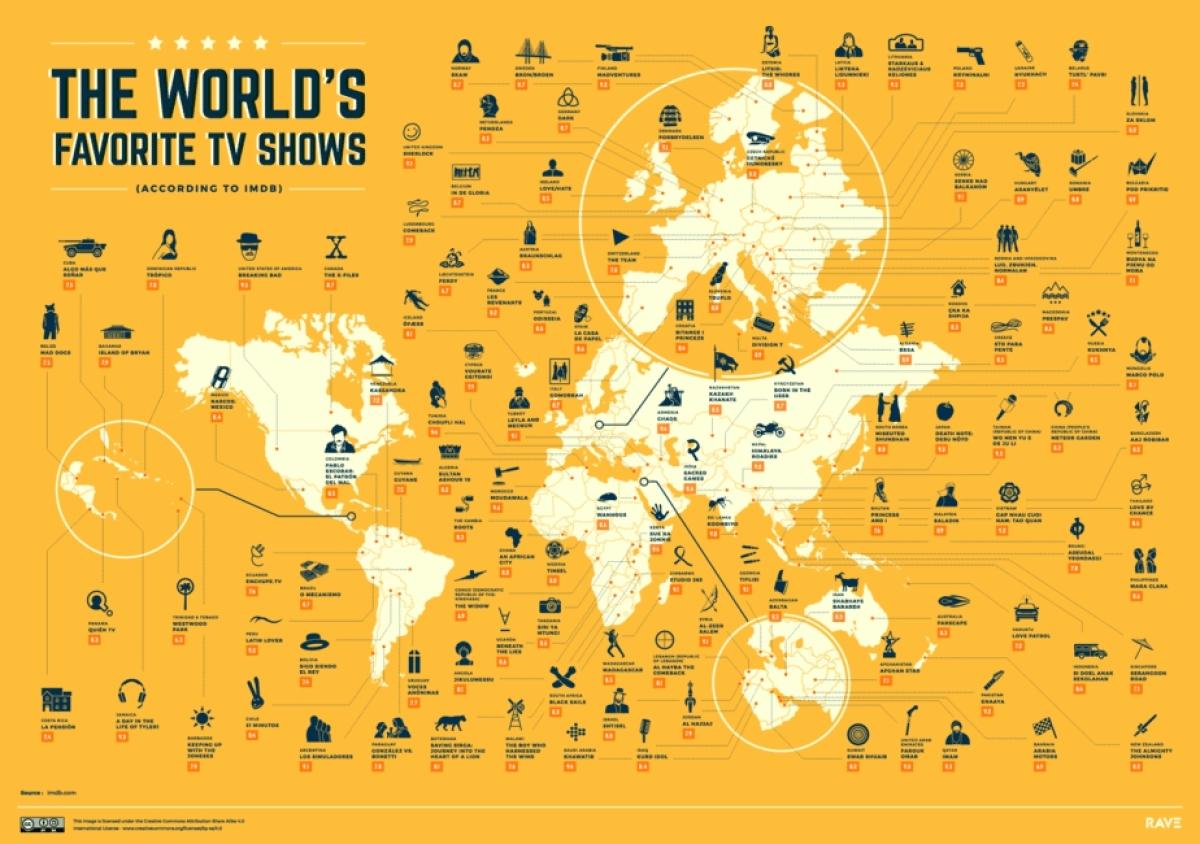 As with movies, the majority of the global audience is focused on local television series, North American, British, some Scandinavian, Venezuelan soap operas… and a little more.

Rave Reviews searched the best series from over 220 countries on the International Movie Database (IMDb), the world’s largest database of movies and series. The score is obtained with the votes of the users, through authorized platforms: cinemas, telephone surveys, etc.

In USA the highest rated series on IMDb is breaking bad, with a 9.5. In Canada another classic, X Files, with an 8.7. There are curiosities like Costa Ricawhose best series, The pensionis a comedy that has been on the air for 23 years, since 1999.

If we go to Europe, we see on the map that the best spanish series is La Casa de Papel, with an 8.6:

In it United Kingdom the prestigious series wins sherlockwith a 9.1. In France Les Revenants, with an 8.2. The italian series best rated is Gomorrah, with an 8.4. In Germanythe Serie Dark (8.7).

It must be said that the map is a little over a year old, so recent series do not appear.

In Japan the country’s benchmark series is an anime, death notewhich has a 9. In Venezuela the queen is, of course, a soap opera, Cassandrawho is already 30 years old, and a note from 7.2. In Argentina, the Serie The Simulatorswith a 9.1.

And what is the best rated series in the world? As with the movies, it’s not American or British. Is named Koombiyo (Ants), a crime drama from Sri Lanka that tells the story of a homeless man caught in the middle of the confrontation between mafias. He has a note 9.8.

Despite its success, the series hasn’t had more seasons because… Its writer has disappeared. The police have been looking for him for two years, without success.

You can consult the map in high resolution at this link.