this ultra-light VR headset will overshadow the Meta Quest, we tried it 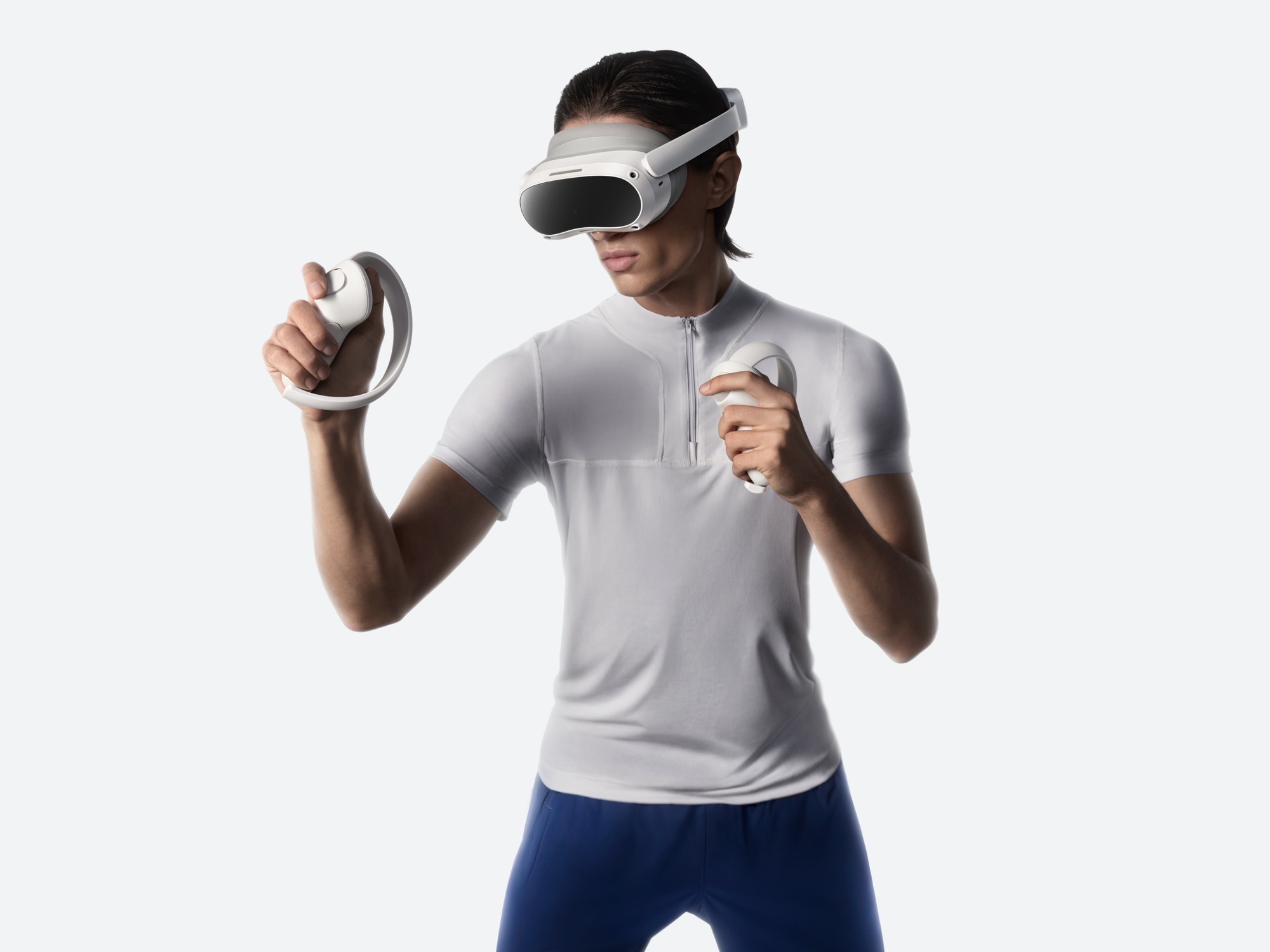 The Pico brand unveils its new VR headset, the PICO 4. Ultra light and mobile, it is announced at an affordable price to compete with the Meta Quest on its field.

With its Meta Quest 1 and 2, formerly Oculus, Mark Zuckerberg’s company has done very well. Sold at very affordable prices, these headsets were also totally autonomous, no need for a high-powered PC to use them. Since then, we have been waiting for the Meta Quest Pro, but it promises a very high selling price which will leave many users on the side.

A perfect opportunity for the manufacturer Pico who can go where Meta seems to be losing interest: that of the very mainstream and inexpensive VR headset. The brand has a very interesting and more modern proposal than the Meta Quest 2. Here is the brand new Pico 4 headset. We were able to try it out at Gamescom in Cologne.

You may not know this brand, but it was acquired by ByteDance in 2021. ByteDance is the successful publisher of the TikTok social network.

Lightweight and well thought out

The Pico 4 headset uses a new design for the “pancake”, i.e. the layer between the screen and the eyes comprising the lenses. As a result, we have a much thinner and lighter helmet. A featherweight announced at 295 grams without the strap to attach it to the head. It feels immediately once the helmet in front of the eyes. The lighter it is, the easier it will be to do long virtual reality sessions.

Good news also for wearers of prescription glasses, since the Pico 4 takes this use into account with a special spacer included in the box. 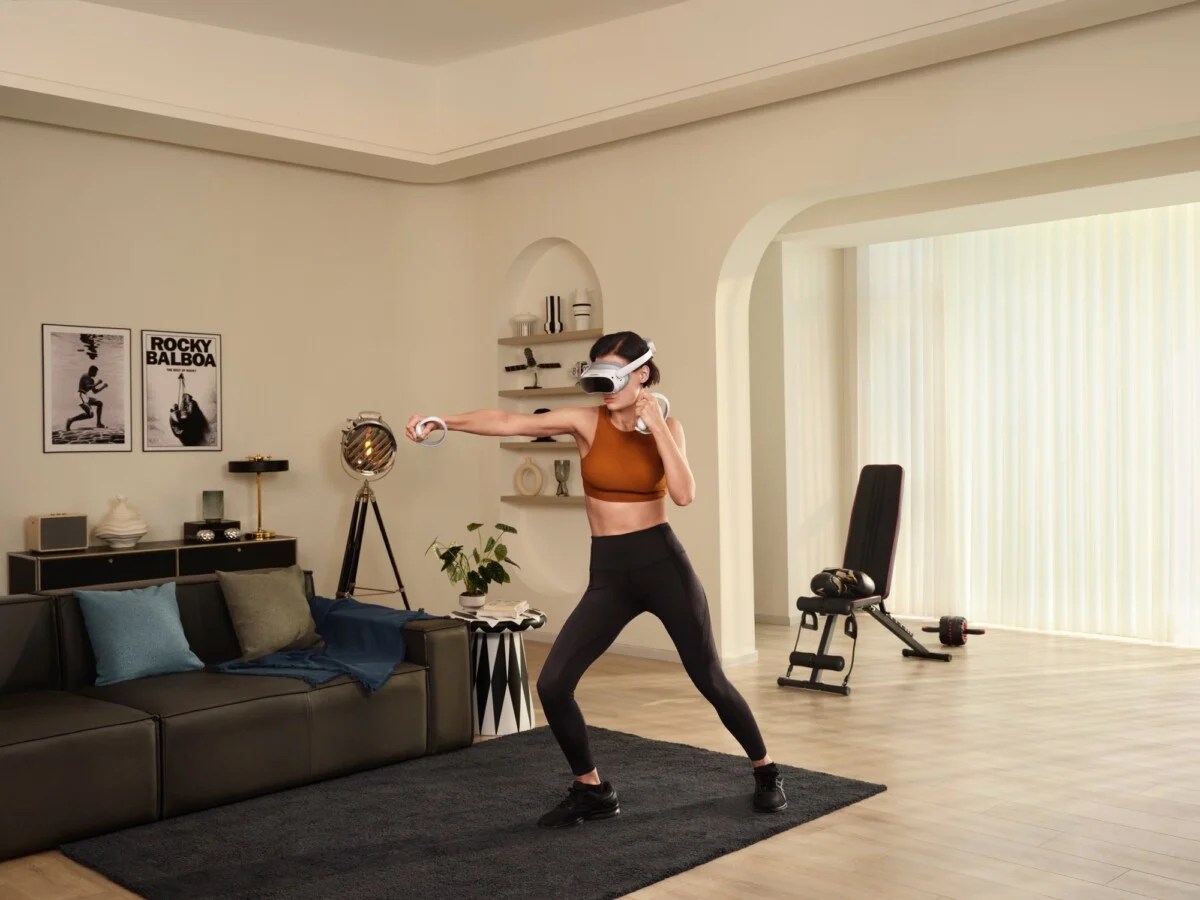 The headset is completely autonomous thanks to a Qualcomm Snapdragon XR2 chip using TSMC’s 7nm manufacturing process. It is supported by 8 GB of LPDRR4X RAM and 128 to 256 GB of UFS 3.0 storage. The 5300 mAh battery promises 2-3 hours of use per session.

Among the additional features worth mentioning are the four cameras on the front allowing full monitoring of the environment. In addition, Pico also placed a 16-megapixel RGB camera in the front and center of its headset. You will therefore be able to see your real environment and in color if necessary without removing the helmet. 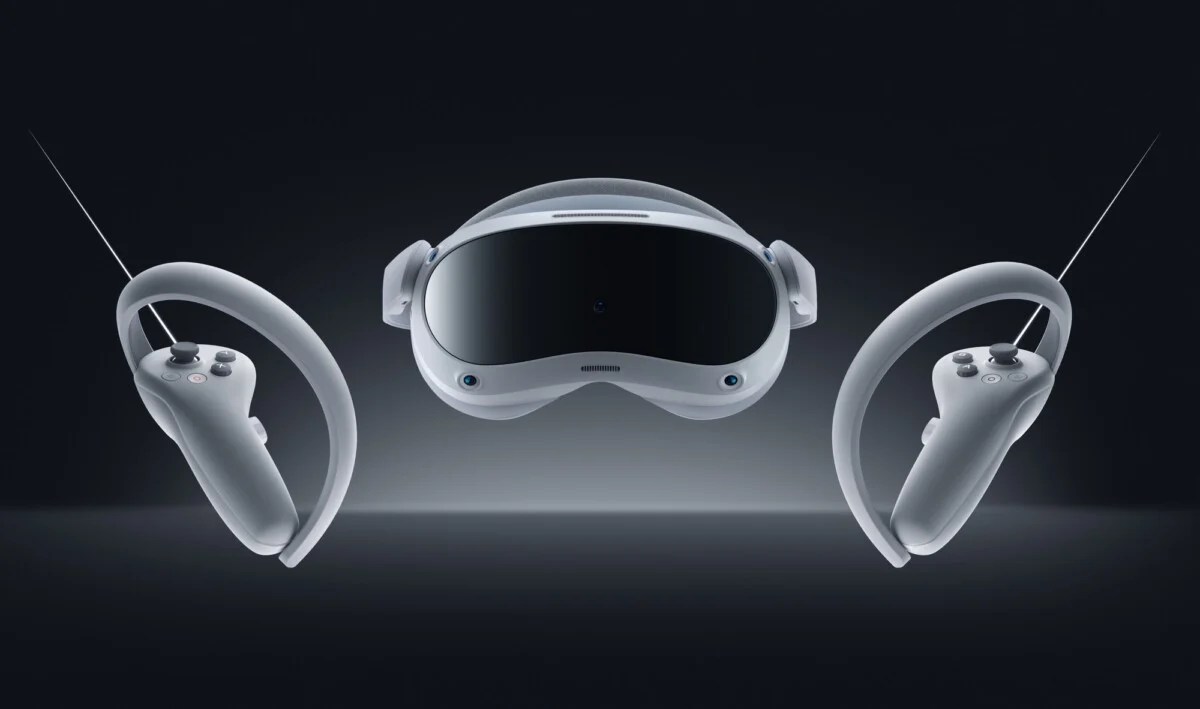 The VR experience wouldn’t be complete without the controllers. Here, Pico offers two relatively classic controllers using two AA batteries for an announced autonomy of 80 hours per set. The design is still interesting since the arc of a circle formed by the infrared sensors around each controller is very compact.

If you’ve ever played with a VR headset, you know that it’s often painful to bump the controllers together while you’re in full immersion. With this new design, Pico greatly limits this problem without completely eliminating it. During our session, we were able to see that we could bring the controllers closer, which can be very practical for grabbing certain objects with both hands.

The headset runs on PicoOS, software developed from Android with an interface designed for VR. Let’s be honest, it seems very close to the Meta Quest design and interface codes. At least we find a fairly familiar environment.

This is the point that we are eager to explore during our test. By being the industry leader, Meta ensures that it has one of the best application libraries in the market. On the Pico side, we are promised a Pico Store richly endowed with games and sports applications. The good point is a possible connection with a PC to recover SteamVR.

In its press release, Pico highlights several titles such as The Walking Dead Saints & Sinners Chapter 2: Retribution Where Peaky Blinders The King’s Ransom. The brand also announces partnerships with VR content providers such as Discovery or Wave.

So we were able to try the Pico 4 for a few minutes during Gamescom. Obviously this is not worth a complete test, especially concerning autonomy and fatigue over the long term wearing this helmet.

However, we must admit that we were very convinced by our experience. The helmet is light and easy to install in front of the face. The controllers are very well recognized in space and allow, as promised, to be brought closer together without colliding. Stepping out of the perimeter delimited for the experiment triggers the same kind of “guardian” as on a Meta Quest, but the RGB camera on the front allows us to really see the environment in front of us in this case.

We can’t wait to be able to test the product longer to get a better idea of ​​the user experience.

Price and launch in France

The PICO 4 will be offered from 429 euros, which is 20 euros less than the Meta Quest 2. If you prefer ByteDance to Meta and Mark Zuckerberg, this may be a good alternative. Pre-orders will be open from October in major retailers such as Amazon. 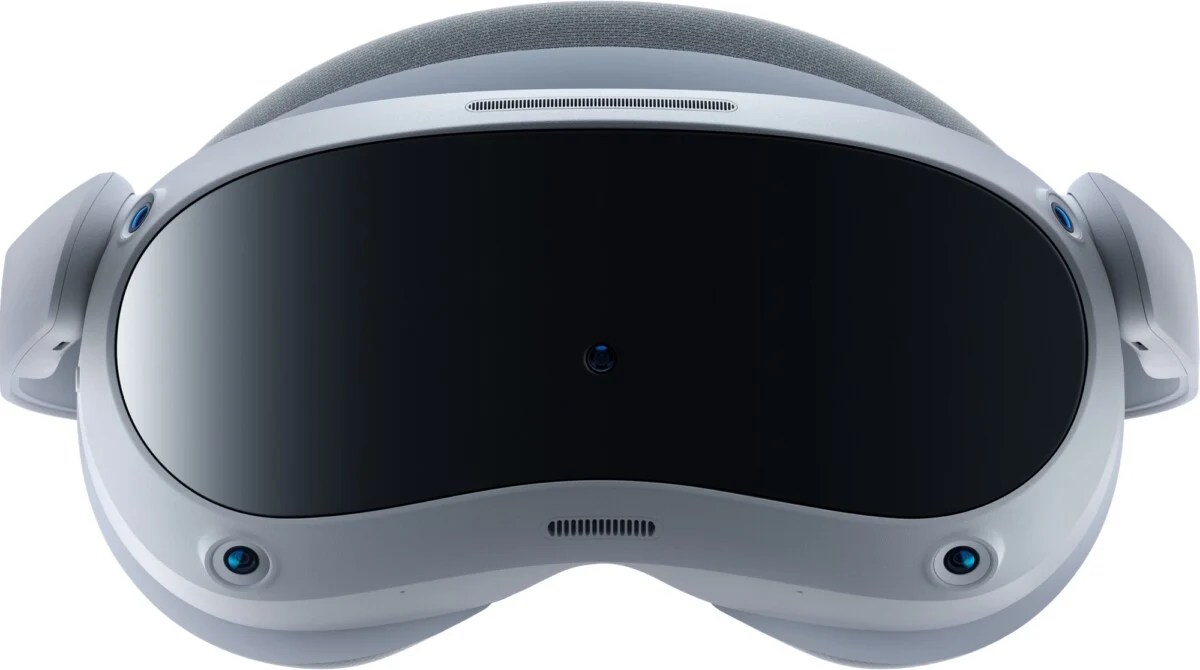 Fans of the brand will be able to pre-order the PICO 4 from September 23 if they are members of the Neo3 Link Beta program.

Meta gets sued after ‘cheating’ iOS to follow us anyway