This was the first console in the world 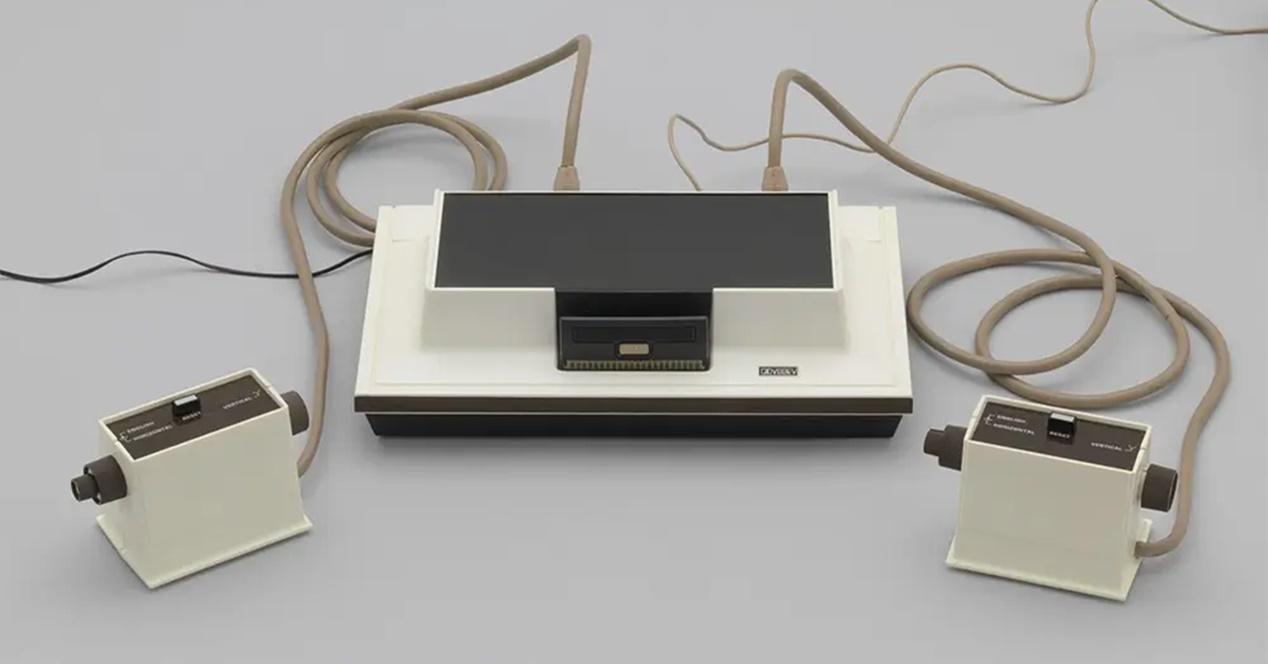 Share
Facebook Twitter LinkedIn Pinterest
It wasn’t the Atari, nor the Nintendo, nor the Coleco… And, 50 years ago, having an entertainment console was very difficult. Although the first video game was created in the year 1958, it was not many years later that this technology entered homes. But what was it about and how did it turn out? Do you know what was the first console in the world that was released?
Contents hide
1 The first console was not Atari, but the Magnavox Odyssey
2 The idea was born as the creation of the ‘perfect TV’
2.1 With various functions, the console had 28 games

The first console was not Atari, but the Magnavox Odyssey

And it is yes; now, the best known video game platforms are those of Sony, Microsoft and Nintendo, but there was a time when we had many more companies that wanted to gain a foothold in the juicy console market. In fact, the one that is considered the first console in the world (and the oldest) it came out much earlier than all those mentioned.

It’s more; many think that the first of all corresponds to Atari, one of the oldest platforms to play video games of the time. But no; it wasn’t atari eitheralthough it has the distinction of being the one that allowed control in cartridge format.

The idea was born as the creation of the ‘perfect TV’

The ideologue was the German Ralph Baer, ​​who in 1951 worked at Loral, a company dedicated to the manufacture of high-tech military electronic equipment for aircraft. It was that year when he was commissioned to build the best television in the world. But it occurred to him to do something different; At that moment, it occurred to him that the ‘perfect TV’ should have an interactive game as an object of differentiation from the rest of televisions.

Although they did not approve of the idea, in 1966 Sanders Associates, the Defense contractor for which he worked, became interested in his idea. Baer managed to get a room and company material set up for him. In his first year he prepared the TV Game#1 prototype, which, despite not being playable, allowed him to obtain funds and the help of engineer Bill Harrison.

After more than two years of work in television gaming systems At the military company, Ralph Baer and his two partners ended up designing a prototype with 12 games, some of which used a light gun. In the end Bill Enders, executive of the Magnavox company, opted for the product by signing an agreement in March 1971 between the company in which Ralph Baer developed his professional activity, called Sanders Associates, and Magnabox; With the signing of the contract, the first console in history was about to be born under the commercial name of Magnavox Odyssey.

With various functions, the console had 28 games

In those, and already with its launch in 1972, what is surprising about this console if we look at it today, is that this Magnavox Odyssey included translucent color overlays to provide configurations and designs for games. At the same time, and perhaps most curious for current gamers, the Odyssey also came with non-electronic game accessoriessuch as dice, decks of cards, play money, and poker chips.

The same console already offered advantages of today’s consoles, since it had the closest thing to two joysticks of the time so that two users could play simultaneously, as well as the option to play multiple games under the same platform, up to a total of 28.

According to Magnavox calculations, 330,000 units of this console were sold. And although before the Odyssey there were video games like Computer Space (the first video slot machine), this created the concept of the video game console. Even controls and accessories that would be iconic a decade later, like the Nintendo Entertainment System’s Zapper Gun, have their origins in Odyssey.

Hardware of the same era extremely limitedsomething normal considering that we were facing a product designed throughout the second half of the 60’s, using simple elements that involved the lowest possible cost so that the final price would not end up being prohibitive.

The Odyssey was only capable of showing three square dots and a vertical line simultaneously on the screen, elements that fulfilled different functions depending on the game that the user selected at that time through the cards included with the console.

These were its characteristics:

These cities of India will get the gift of 5G first, see the full list

Did you see these glasses of PM Modi? Know its specialty and how it will change your world