This will be the house of the future: experts point to cybersecurity, connectivity and energy efficiency 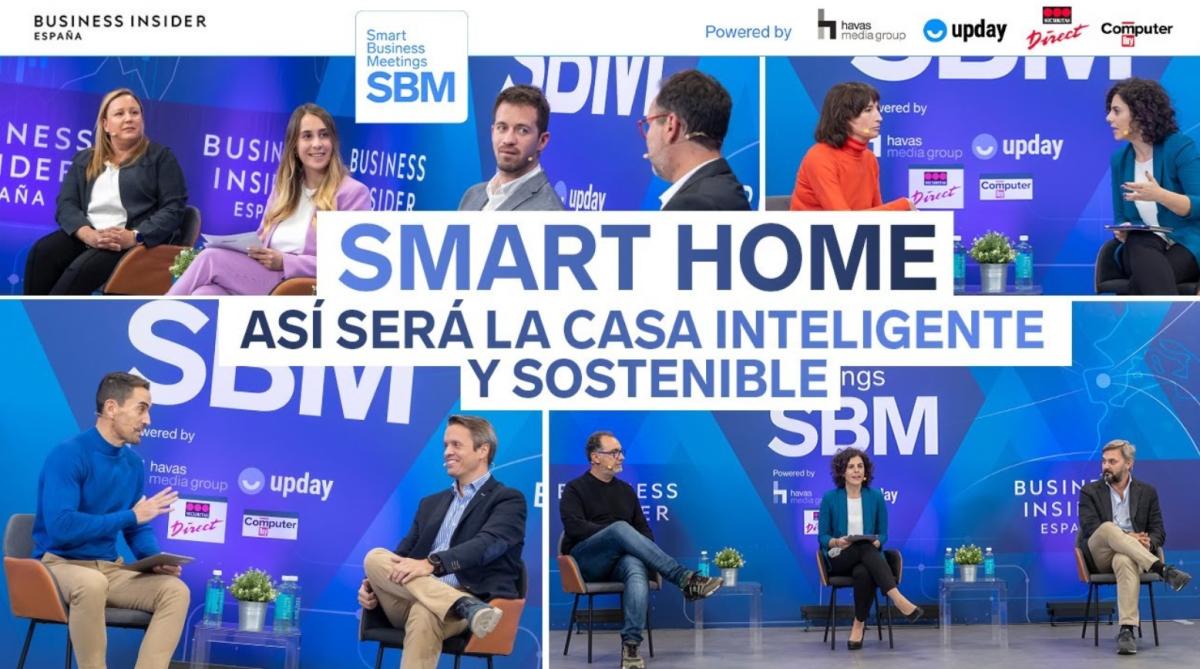 With the arrival of the pandemic, houses became makeshift offices and people began to worry about issues directly related to Smart Homes: the energy efficiency with which their household appliances had, the sustainability —both ecological and economic— offered by their heating systems or the coverage than their WiFi routers had.

All these changes, aimed at adapting the houses to the needs of the 21st century, were put up for debate on November 15 during the Smart Business Meeting organized by Business Insider Spain. A meeting dedicated to finding out how security, energy efficiency or connectivity in Smart Homes will decide the houses of the future.

Contents hide
1 Experts, brands and organizations discuss the house of the future
2 The universal Smart Home: connectivity, work and leisure
3 Sustainability and energy saving, key pillars in the homes of the future
4 Smart security, take care of everything inside the smart home
4.1 All the future ahead

Experts, brands and organizations discuss the house of the future

The event included the participation —in order of appearance— of the following guests:

Manuel del Campo, CEO of Axel Springer Spainwas in charge of opening the meeting advancing that “Smart Homes they will definitely change our way of seeing and understanding homeboth when we are inside and outside of it”.

Present and future of Smart Homes were the protagonists of the first discussion table, coordinated by the director of Business Insider SpainYovanna Blanco, and in which Antonio Arribas, head of New Business of MediaMarkt Iberia and Oscar Dorda, business managing director of Medium Sand.

“The Smart Home market is estimated to grow at a rate of 25 or 30%“, began explaining Arribas. Clearly it is an effect that technology is increasingly accessible. As pointed out by the head of New Business of MediaMarkt, “a year ago it was still a more technological public, more early adopter of this type of technology, but now it is already becoming mass”.

Although it requires training and a lot of help installing and connecting these devices, “we’re talking about representing between 7 and 10% of the billing” of MediaMarkt, pointed out Antonio Arribas.

Google opens its first store in Spain for you to enter its smart home: this is the inside of this exclusive space in Madrid

For Óscar Dordá, business managing director of Arena Media, “the mind of the consumer has always been the same, be as vague as possible in what does not give us a really high value. The constant search to improve our quality of life drives us to investigate and develop those solutions that autonomously do things for us”.

“The connectivity of things allows you to have much more control of everything you do,” added Dordá, referring to the fact that brands must understand their consumers much better. “In recent years, the Smart TV park is promoting a change in the consumption data of audiovisual media,” he gave as an example.

“There are a lot of connected products that make our day-to-day life much easier,” began Fabio Arena, who made reference to the smart pet feeders from Xiaomi, some devices with which through a virtual assistant you can feed and give your pet a baby remotely. 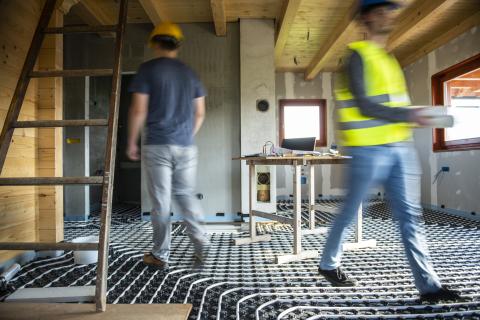 Radiators or underfloor heating: which heating is better?

Regarding the possibility of controlling all smart home devices through a single device, Alberto Domingo, from TP-Link Spain, spoke about the smart product ecosystem that they develop from their company under the name of Cover: a technology that makes it possible to “control the entire home” in order to “make life easier for the consumer” through sensors.

During the colloquium, issues arose such as the —sometimes— difficult coexistence between devices from different manufacturers, especially when they are expected to interact and communicate with each other. One initiative that could change this would be matter, standard promoted by companies like Google that would eliminate incompatibility between devices.

“matterFrom the point of view of the consumer, supposes a joy because you will have the peace of mind that any device you buy will be able to understand the rest of the house,” said the TP-Link executive. But he wanted to leave a notice: “He has very good intentions, but it reminds me a bit like what happened with Smart TVs years ago, when each manufacturer released its own platform and the Smart TV Alliance had to come out to unify them all”.

Another point of debate was the relevance of mobile phones in the lives of consumers and their role in the homes of the future. “The smartphone has years leftthe use of the applications has replaced all the daily tasks that anyone carried out, such as ordering a taxi or making a transfer,” reasoned the product manager of Xiaomi, so “all use of the ecosystem of products is linked to the smartphone”. 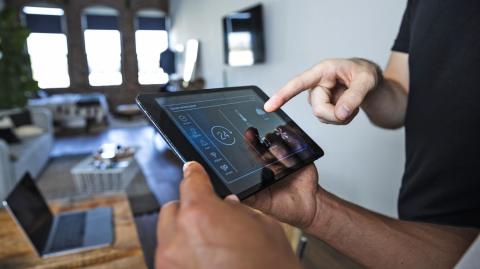 The possibility of a monthly payment subscription that in the future would give access to all the devices necessary for a Smart Home ecosystem was also considered. “The easier you make it for customers, the sooner they adopt the technology,” he said. Teresa Bujalance, Director of Products and Services at Vodafone.

The block closed with the video message of the Vice President of Technology iRobot, chris joneswhich listed the different ways in which robots can help build the best version of smart homes.

Sustainability and energy saving, key pillars in the homes of the future

In the next block, Yovanna Blanco, director of Business Insider Spain and Anaís Moreno, B2C Marketing Director at LG Spainthey chatted about sustainability and consumption habits.

“Just before the Russian invasion of the Ukraine, the electricity bill had already started to rise and it came out that 85% of users had changed usage habits due to this concern,” explained Anaís Moreno.

Until very recently, energy efficiency was linked to a higher financial outlaybut Moreno assured that this is no longer the case.

“One of the movements towards the purchase has always been, in household appliances, to spend little, but there was a brake in terms of the fact that they used to be more expensive,” said the head of LG. “Manufacturers have an important educational task because the disbursement of a little more money ends up being cheaper and can save you up to 3,000 euros in the useful life of a television“. 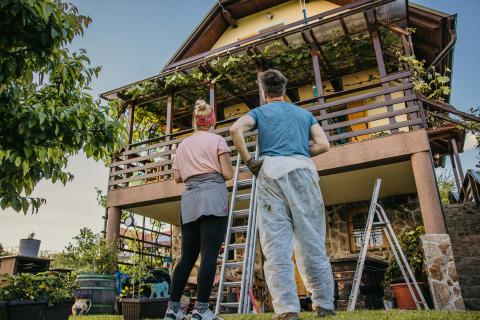 11 keys to make your home more sustainable and efficient

Another of the ways in which energy efficiency and the houses of the future are related has to do with the Passive House or passive houses, a housing model that minimizes energy consumption. At LG they have built one of these passive houses within their own offices, with which they want to exemplify their concept of sustainability 2.0.

“The concept is that what affects the environment is zero, that it is self-managed and that all the energy you need is generated by you,” said Anaís Moreno.

Smart security, take care of everything inside the smart home

The final touch was put on by a conversation between the CEO of Axel Springer Spain, Manuel del Campo, and the PMO Director of Technology Securitas Direct, Jose Antonio Ginzo.

“In the security environment we have been pioneers, much of the innovation we have been creating as we have evolved,” said Ginzo.

The director of PMO in Technology at Securitas stated that for his company “assurance and continuity of service is fundamental”, which is why they are committed to solutions such as the start-up of own communication network that already has “more than 1,500 antennas installed in Spain” or work on “the best possible use” of the batteries of its “16 million devices connected”. 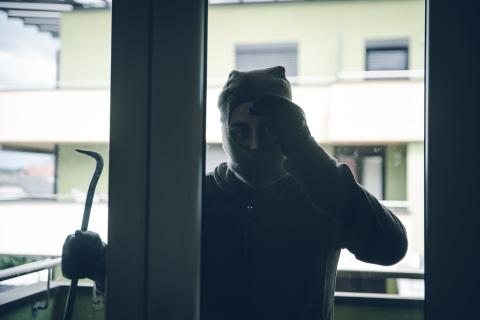 What will security systems be like in the future? Ginzo replied that they are working especially on “everything related to verification”, but also on issues such as “smart locks”.

“We already have them in our catalog, but we have realized that their use is a bit peculiar in an apartment environment like ours. Imagine not only putting the lock on your house, but finding the consensus of your community to install one at the portal door,” said Ginzo, referring to the complexity of the process.

All the future ahead

What would you like the smart homes of the future to have? Manuel del Campo raised at the end of the event. “It would be ideal for the smart homes of the future to know exactly what we need as soon as we walk through the door”; “that they can identify the person responsible for home thefts with artificial intelligence.” Some responses focused on seeking an even deeper relationship with the devices and many of them also focused on security.

Given the level of debate and the monitoring by viewers, it is evident that Smart Homes are an absolute trend and that there are many players immersed in the task of innovating with even more intelligent (and efficient and sustainable) products and systems.

The User acquisition of this technology is growing at a spectacular rate., by becoming more and more accessible and affordable, which will undoubtedly have a formidable economic impact. Although yes, let’s not forget, as Teresa Bujalance, from Vodafone Spain said, that Without a WiFi at the level of all these products, the Smart Home does not make sense.

And so this event was closed, which was sponsored by Havas Media Group Spain and the news aggregator Updayas well as with the special collaboration of Securitas Direct and from our midst, Computer Today.