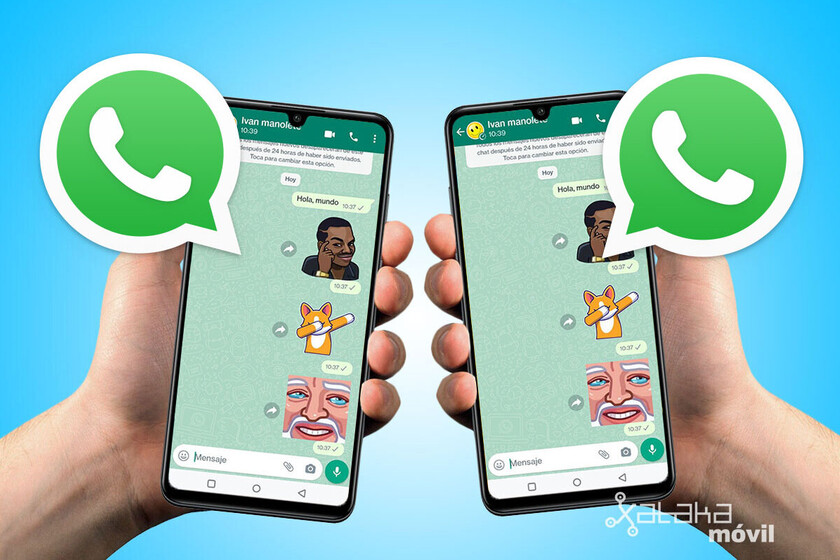 Share
Facebook Twitter LinkedIn Pinterest
A few weeks ago we learned that WhatsApp was preparing one of the most anticipated novelties of recent times: the possibility of use the same account on two mobiles at the same time. Now we have more details about it from WaBetaInfo.


This will be the WhatsApp companion mode

Last year WhatsApp drastically changed how the app works on WhatsApp Web and for PC: instead of being in sync with the mobile app and requiring you to keep your phone on and connected to the Internet, the new multi-device mode allowed you to chat independently, but not on different mobiles.

This possibility of using WhatsApp on several mobiles was relegated to a supposed second version of the multi-device mode, about which we began to have some additional information. As they have discovered in WaBetaInfo, the way in which this multi-device mode will work will be with a WhatsApp’s new companion mode.

The new WaBetaInfo screenshot explains a little better how this mode will work. With the, your WhatsApp on the mobile will serve as a secondary device for a WhatsApp account that has been set up on another mobile, similar to the way WhatsApp for Windows or WhatsApp Web works. 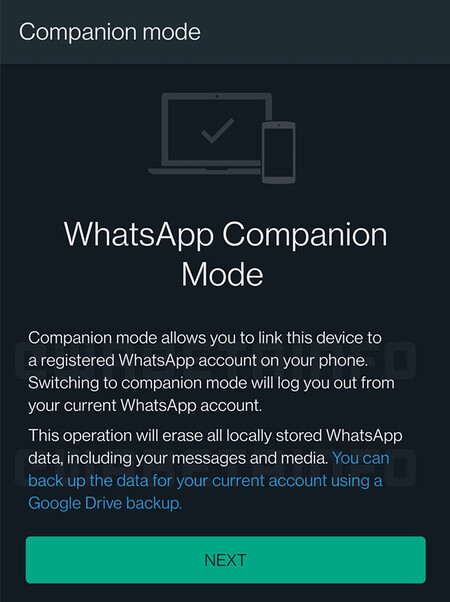 The screenshot tells us that when using the companion mode, any other WhatsApp account that you are using on that phone will be deleted, along with all the messages and multimedia files that are on the phone. In other words, you will have to choose between using WhatsApp in a normal way (creating an account, obtaining the verification code, etc.) or if you are going to use it to read messages from an account that is already configured in another mobile.

One of the most interesting changes that this new mode is going to bring is that opens the door to using WhatsApp on an iPad or Android tablet officially, although to do so you must first launch a version of your application better adapted for big screens.