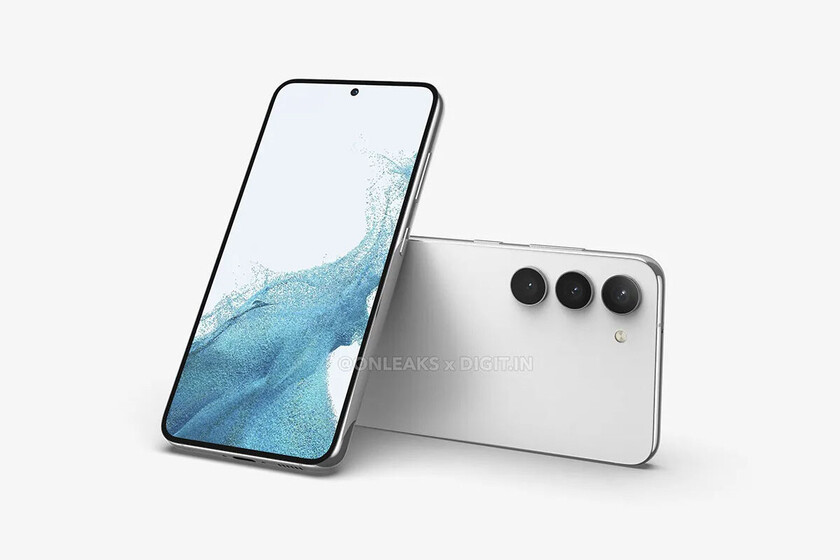 Share
Facebook Twitter LinkedIn Pinterest
Samsung Galaxy S23 leaks start soon. Until now we had heard small hints of some of its possible characteristics, such as the possible 200 megapixel sensor for your cameras, but now we have some detailed renders with the design of the Galaxy S23 and S23+.

Popular leaker OnLeaks has created quality renders of Samsung’s two upcoming high-end phones that we probably won’t know about until early next year. The design itself doesn’t change much from the previous generation, except in the module for the camerasmore in the style of Samsung Galaxy S22 Ultra.

This would be the Samsung Galaxy S23

We start with the Samsung Galaxy S23, whose renders have been published in Digit.in. In them we see a terminal with a design of 6.1-inch flat screennot very different from what we find in the Galaxy S22and with the front camera -perhaps 12 megapixels- in a hole centered at the top.

According to information from OnLeaks, in the Samsung Galaxy S22 the characteristic module for the cameras would disappear to include all three lenses separately and in a vertical row. And standing out quite a bit, everything is said. As always, the leak is not confirmed, although the truth is that OnLeaks is usually right in its renderings.

On the other hand we have the Samsung Galaxy S23+, whose renders have been published in smartprice. The successor of Samsung Galaxy S22+ it seems that it will not have radical changes eitherat least in its design. Again the biggest change is going to be in the cameras. While the Samsung Galaxy S22+ mounted the characteristic curved camera module, in the Galaxy S23+ the three lenses they would be directly on the body, in a vertical row. Taking into account that both terminals will surely see the light in January or February 2023, we will undoubtedly know much more about it in the coming months.

Christmas arrives with the ost of Guardians of the Galaxy Holiday Special, find out