This Xbox Series X is as big as your fridge 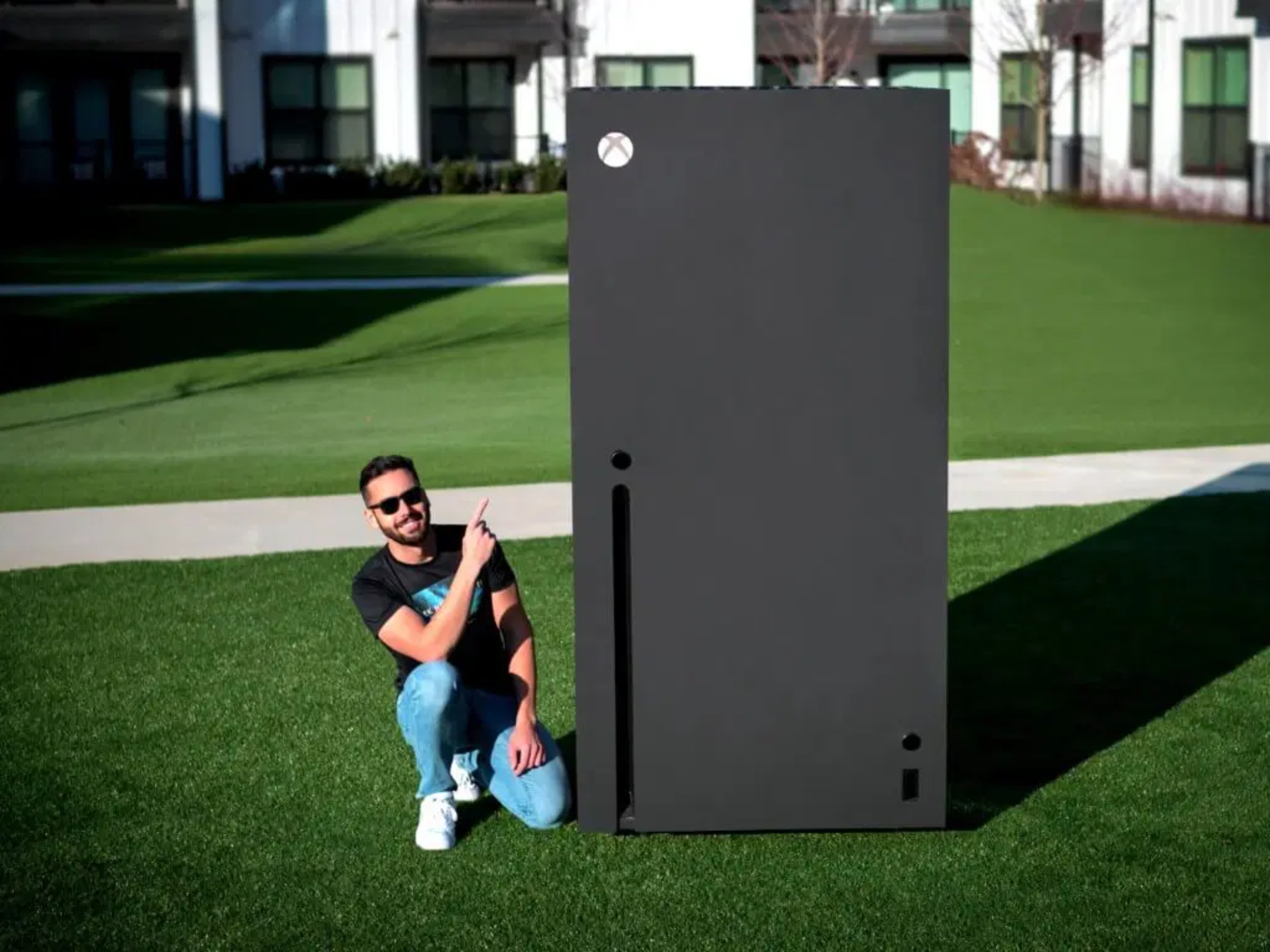 Size clearly matters, and this giant Xbox Series X created by Michael Pick proves it to us. The aforementioned, who is dedicated to uploading content about video games and altered consoles on his YouTube channel, decided that it was a good idea to modify the latest video game hardware from Microsoft. The result has been interesting to say the least, and Today we come to present you this refrigerator-sized Xbox Series X.

That’s right, it’s a version extra fat of the Xbox Series X. According to the data shared by the youtuber on your channel, the modified console measures 2.07 meters high and 1.03 meters wide. As for his weight, Pick has spared nothing, coming in at 250 pounds with his oversized console.

Why has he done it? For the same reason it has already produced a giant working Nintendo Switch. The idea is quite striking, yes. In addition to being inspired by the Xbox Series X fridge that Microsoft launched a year ago, also serves as a perfect counterpart to the PS5 ultra slim that another YouTube user uploaded to his channel just a few days ago.

With his fridge-sized Xbox Series X, Michael Pick has accomplished a great deal. Specifically, has made a place in the Guinness Book of Records by the dimensions achieved with the console. And it is not only ultra large. This is also a fully working version of the Xbox Series X.

Contents hide
1 But how did he do it?
2 Does it really work like an Xbox Series X?

But how did he do it?

For the creation of this Xbox Series X 600% bigger than the original version, Michael Pick determined that wood was the best choice. Starting from a frame of this same material, he proceeded to glue large wooden plates on all the faces of the giant console.

However, the top took a bit of extra work. If you have paid attention to the Microsoft console, you will have noticed that this area has a slightly concave curvature. to recreate it used 3D prints of small fragmentswhich he then glued and mounted on top.

Only this process took Pick about two weeks. That yes, according to youtuberis one of those details that really add realism to the console, even if no one can usually see it.

Does it really work like an Xbox Series X?

You are right. This has been one of Pick’s great achievements, and it is that has made the console buttons fully functional in this giant version.

To do so, he’s simply stuffed a full-size version of the console into the giant shell. Subsequently, used an Arduino microcontroller and programmed it to power the Xbox every time someone presses the power button on the wooden casing. In this way, a motor presses the button found on the actual console and allows it to function normally.

The best of all is that Michael Pick has decided to donate his creation to the YMCA Youth Development Center, in the city of Atlanta, Georgia. Of course, from now on youtuber He warns us with a laugh that the children might need a ladder to be able to turn the console on and off.

a series for history

the 5 details you need to remember for the series finale