Threema, the paid WhatsApp, launches a completely free Android app without a trace of Google 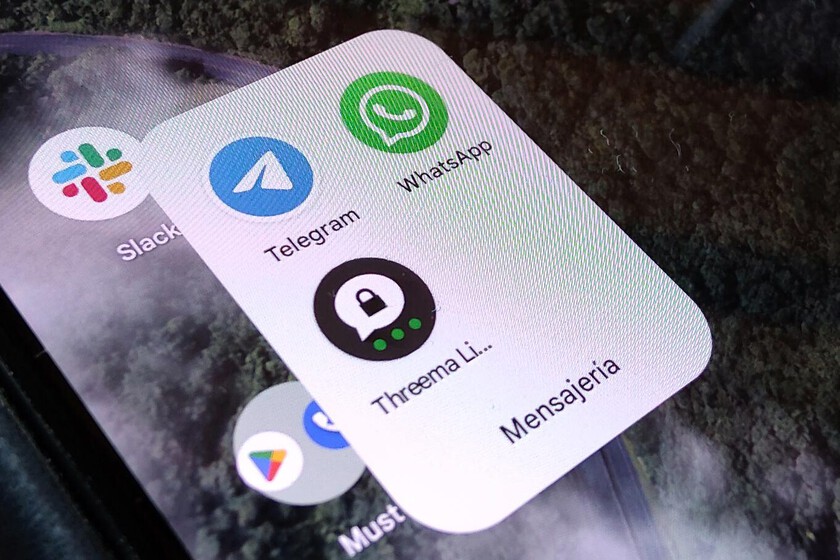 Share
Facebook Twitter LinkedIn Pinterest
Threema, the instant messaging app to whatsapp which can only be downloaded for a fee, has taken a great leap forward in transparency with its new application developed entirely with free software. And without a trace of third-party companies, not even Google. Threema Libre is now available for download.

Perhaps instant messaging is taken over by free applications such as WhatsApp, Telegram or Facebook Messenger, but there is an irreducible platform that refuses to offer communication services at no cost to the user. This platform is Threema, a messaging service that guarantees the maximum security of the user as well as his privacy. And it has taken another big step in this guarantee, since Threema makes its Threema Libre app available to Android owners.


Threema Libre: 100% Open Source and without a trace of Google

Threema Free on F-Droid and without a trace of Google. Image of Threema

Despite the fact that the application is open source, and can be downloaded for free, that does not mean that it is free of cost: the first step to use this app is to enter a Threema license (which must be paid). With this, the platform maintains all the advantages it offers its users: private, secure, end-to-end encrypted messaging, without data collection and 100% anonymous. It is suitable for both private and professional use, even for the educational environment.

What highlighted Threema on his website, the company has made Threema Libre an application developed from scratch with Open Source software. This implies that the entire code can be audited in order to verify that it does not function differently from the one declared by the company (Threema already had a GitHub with the different apps). And the scope of free code reaches such an extent that the app doesn’t even use Google’s notification system, firebase.

Almost all Android apps rely on Firebase to deliver push notifications to the user; which it involves leave usage data on Google servers. But not with Threema Libre: the company has developed its own notification system with which it completely distances Google from the app. Therefore, said Threema Libre is an instant messaging app that can be used even by those who have a smartphone without Google services or apps; Like the Huawei mobilesfor instance.

Threema Libre is only available on F-Droid. To download it to the phone you have to follow the following process: Like the rest of Threema apps, Libre also requires payment

Threema is an excellent alternative to WhatsApp and the like, especially for those concerned about the privacy and security of their communications. It is extremely versatile and keeps up to date in terms of development and updates. That it offers a 100% Open Source application is a good example of its transparency.

The best websites to learn languages ​​for free

Seven channels on Pluto TV to watch free series on your Smart TV, PC or smartphone

Amazon has the MacBook Air with the M1 chip at an exceptional discount, especially after…

During the summer, the heat is not the only thing that prevents you from resting…

For this reason, we are going to tell you about some of the most notable…

One of the leading names in the wearable technology industry, Xiaomi continues to expand its…