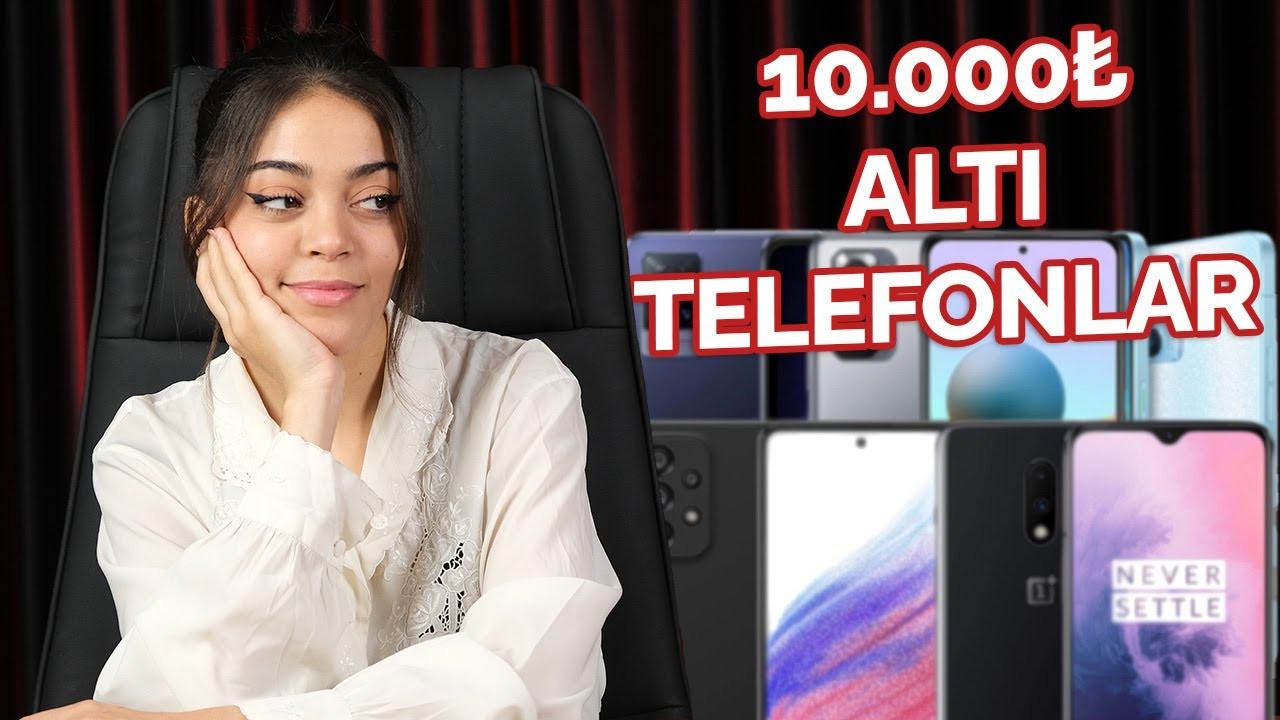 Every day, new phones are introduced to the market with new features. Some of them try to be at the forefront with their camera, some with their processor, some with their price. As such, brands enter into a fierce struggle. Today, when high-end devices exceed 10 thousand TL, it is getting harder to have a good phone with the increase in the dollar rate. As the Teknoloji Oku team, we have come to you with a list of the best phones under 10 thousand TL, which will serve as a guide when buying a phone. We have five phones from different brands on our list. These are the phones that will satisfy you with their price performance.

The phone, which weighs 176 grams, has a color called mottled blue. The device with a 6.44 inch AMOLED FDH + resolution has a 90 Hz screen refresh rate. The device, which offers a high-level experience thanks to HDR10 + technology on the screen, has 3 cameras placed in a rectangular island on the back. These are placed as 64 MP main camera, 8 MP wide-angle camera and 2 MP macro camera. On the front camera of the phone, which can shoot 4k on the rear camera, we see a 44 MP selfie camera.

The hardware of the device is Mediatek Dimensity 800U. The device with 8GB of RAM and 128GB of internal storage is powered by a 4000mAH battery. This battery is also charged with 33 W fast charging. Its price is 9,995 TL The device, which has a weight of 189 grams, has 4 different color options: white, blue, black and orange. On the screen, the phone, which comes with a 6.5-inch SUPER AMOLED panel, provides FHD + resolution. With its 120 Hz refresh rate, we can say that it is one of the 2 phones with the highest refresh rate in this video.

In the camera setup we are used to seeing in Samsung, we see 64 MP main camera, 12 MP wide-angle camera, 5 MP macro camera and 5 MP depth perception camera. On the front camera, 32 MP selfie camera welcomes us.

The hardware of the device includes the Samsung Exynos 1280 chipset with 5 nanometer production technology. The device, which has 8 GB of ram and 128 GB of internal storage, gets its power from a 5000 mAH battery, this battery is charged with 25Wh fast charging. Its price is 9,310 TL. The device, which weighs 182 grams, has 2 colors, gray and red. The phone with a 6.41-inch screen comes with an AMOLED FHD + resolution screen. The screen of the device, which has a refresh rate of 60 Hz, is protected by Corning Gorilla Glass 6.

I can say that it is perhaps the phone with the most powerful processor among the phones I have told or will tell. The brand, which includes the Snaprdragon 855e in the chipset of the device, offers 12 GB of ram and 256 GB of internal storage. The device with a 3700 mAH battery has a 20w fast charge. The price is on the market as 8,750 TL. The device, which weighs 193 grams, has copper, blue and gray colors. Redmi is the device that offers the widest experience on all phones with a 6.67-inch screen. The phone with AMOLED screen and FHD + resolution offers a smooth screen refresh rate of 120 Hz.

As for the camera experience of the device, we can say that it is the phone with the highest resolution among the phones we count. It is obvious that it does a good job with its 108 MP main camera, 8 MP wide-angle camera, 5 MP macro camera and 2 MP depth perception camera. It should be noted that the front camera has a 16 MP resolution camera.

The hardware of the device is Snapdragon 723g. Offering 8 GB of ram and 256 GB of internal storage, the phone has 5020 mAH battery power. This battery also charges with 33W fast charging. The price of the phone with water and dust resistance is 8139 TL. The phone, which weighs 173 grams, has 2 stylish designs, blue and black.

The phone, which has a 6.4-inch AMOLED panel, provides FHD + resolution and tries to catch fluency with a 90 Hz screen refresh rate. In the camera experience of the device, we see the following. 64 MP main camera 8 MP wide-angle camera 2MP macro camera 2 MP depth perception camera. On the front, there is a 44 MP selfie camera.

In the hardware of the device, we see Snapdragon 720g. It has 8GB of ram and 128GB of internal storage. The phone, which is powered by a 4310 mAH battery, is the phone with the most powerful adapter with 50W charging. The price is offered for sale as 7,994 TL.

So which one is your choice? Are there different phones that will be on this list?