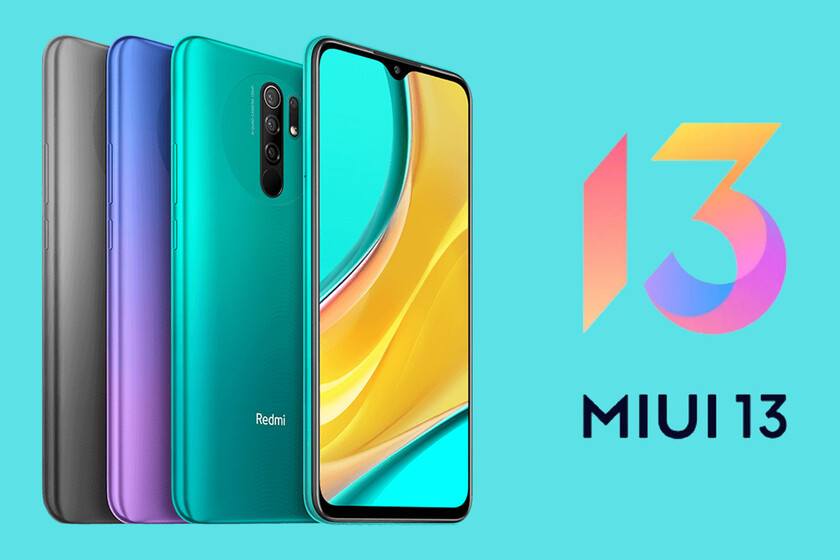 We have spent several months reporting the different updates that Xiaomi is launching to a large number of devices in its catalog in relation to its new version of MIUI 13, a software that initially would only be intended for the company’s most recent smartphones, but It seems that it continues to reach mobile phones with a long time in the market.

In fact, as we can read through Xiaomiui, Xiaomi already has this update ready for three of its devices launched during the year 2020, the Redmi Note 9, Redmi 9 and POCO M2, which they will not only receive this latest version of the company’s customization layer, but all of them will base this software on Android 12.

An update expected to be released between August and September 2022

As we tell you, based on the information that Xiaomiui has been able to extract from the MIUI source code, the first stable internal compilation of the Redmi Note 9, Redmi 9 and POCO M2 is now ready, all of them based on Android 12 and under the version numbers V13.0.0.1. SJOMIXM, V13.0.0.1. SJCMIXM and V13.0.0.1. SJRINXM respectively.


Unfortunately, it is true that we will have to wait a long time to be able to update these three devices, and that is that it is expected that said update will be carried out between the months of August and September of this year for the three models, but at least we already have the certainty that it will end up arriving.

In short, all those users who continue to use these phones today are in luck. It is true that it will not be an update that will occur imminently, but at least they are already assured that the latest version of MIUI 13 and Android 12 will arrive in the future.

Problems reaching the end of the month with your rate data? This trick will save you a lot of megabytes when you send photos