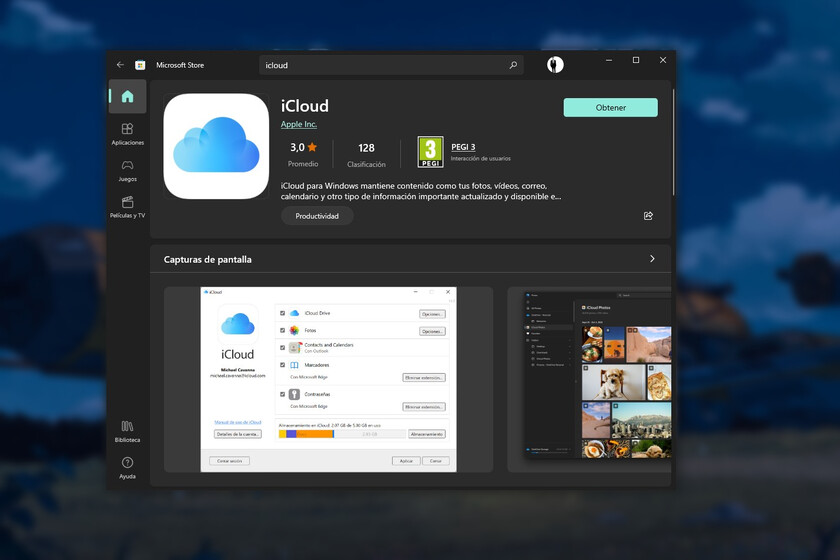 A few days ago Microsoft announced the possibility of viewing iCloud photos from the Windows 11 Photos application itself. This will make it easier for users of an iPhone, Mac, iPad, or any other product in the Apple ecosystem, to view your synced photos in Windows 11.

Although this is good news for iCloud users, some users have reported that the experience is not turning out to be what they expected. And it is that as can be seen from the MacRumors forums, some users are finding problems in viewing the videos. But this is not the worst, they have also found photos of strangers, implying that the application would be filtering people’s content to other accounts.

As reported by a user, the bug occurs when recording a short video in HDR and with HEVC activated on an iPhone 14 Pro Max. Once synced with iCloud, it will be visible in the Windows 11 Photos app through a dedicated folder for iCloud Photos. Apparently, after downloading the video on the PC to have it visible offline, the user assures that the video will appear corruptedor it will show a black screen with lines over it.

However, it can also happen that the video shows a photograph from an unknown source. This is where the user claims that it could be a photo from another iCloud account, since he assures that he had never seen the photo. The testimony has been corroborated by two other users to whom the same thing has also happened.

The user has included a video of this error, ensuring that it happened when recording a video at 1080p and 60fps. If confirmed, we would be talking about a serious security problem in iCloud. On the forum, users claim to have seen photos of unknown families, children, and even photos of people playing soccer, and similar content.

Apparently, removing the iCloud for Windows app doesn’t seem to fix the error, as it could be a server-side issue. There are already several people who have reported the bug to Apple, so the company might be aware of this. As pointed out, both Windows 10 and Windows 11 users would be affected.