Vodafone Idea’s 5G services cost a big blow to the users! you should also know 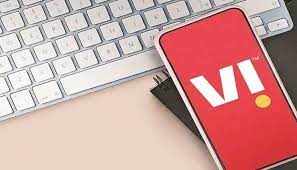 Share
Facebook Twitter LinkedIn Pinterest
Tech News Desk- The auction of 5G spectrum in India has been going on for a long time, for which many private telecom companies are in competition. Each company is now saying when and how they will launch 5G services based on the spectrum they buy. Similarly, private telecom company Vodafone Idea or Vi (Vi) has revealed what its 5G service plan (Vi 5G plan) will be, how much it will cost and where these services will be released. For your information, let us tell you that recently, Vodafone Idea CEO Ravinder Takkar has said that according to him the company’s 5G services will be ‘premium’ and hence can be quite expensive. The exact price has not been disclosed, but it has been confirmed that 5G services will be more expensive than 4G services.