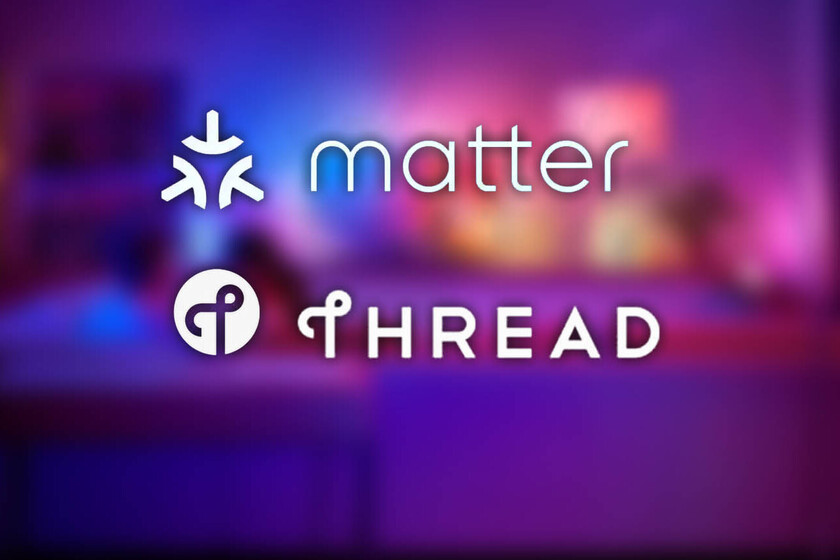 If you are interested in being up to date when it comes to the connected home, there are two terms that have gained the same popularity in recent times. Two words like Matter and Thread of which we have already spoken and that can cause confusion, so we are going to try to clarify some concepts.

For starters, Matter and Thread come to represent what is the future of home automation, (and increasingly the present) what will dominate the connected home for the foreseeable future. And although they seem similar, they are two different concepts that, however, are closely related.

What is Matter and what is Thread?


And this is the question that we are going to try to answer in this article. Matter and Thread have a lot in common, but They are different things that should not be confused. And device a device can work with both Matter and Thread and now we’ll see why.

Y we started talking about Matter, recently released. The technology called to facilitate home automation, practically now, is the standard that will dominate the smart home.

In this way, a light bulb that, for example, initially only worked with HomeKit can be used to interrelate with an Alexa-based sensor and with a switch that until now only worked with Google Home. everyone talks to everyone.

For his part, Thread becomes the protocol that makes all of this possible. It can be said that it is a communications system based on IPv6 that will serve compatible devices to communicate.

It will be necessary for devices to be able to use Matter and it will be possible thanks to Thread networks. Low latency mesh communication systems in such a way that connectivity is optimized since any device also serves as a link. The most recent example is the Apple TV 4K in its 128 GB version, which is compatible with Thread and Matter.

A communications protocol which also offers the advantage of being based on completely open systems and platforms, without depending on any company to function.

With this clarification made, practically now, when we buy a device that we want to integrate into the connected home, the most interesting thing will be check that it is compatible with Matter and with Thread and we can forget about having to look at which platform it works on, and if it will be possible to make it compatible with the rest of the elements of the connected home.