What is really going on between Twitter and Apple? 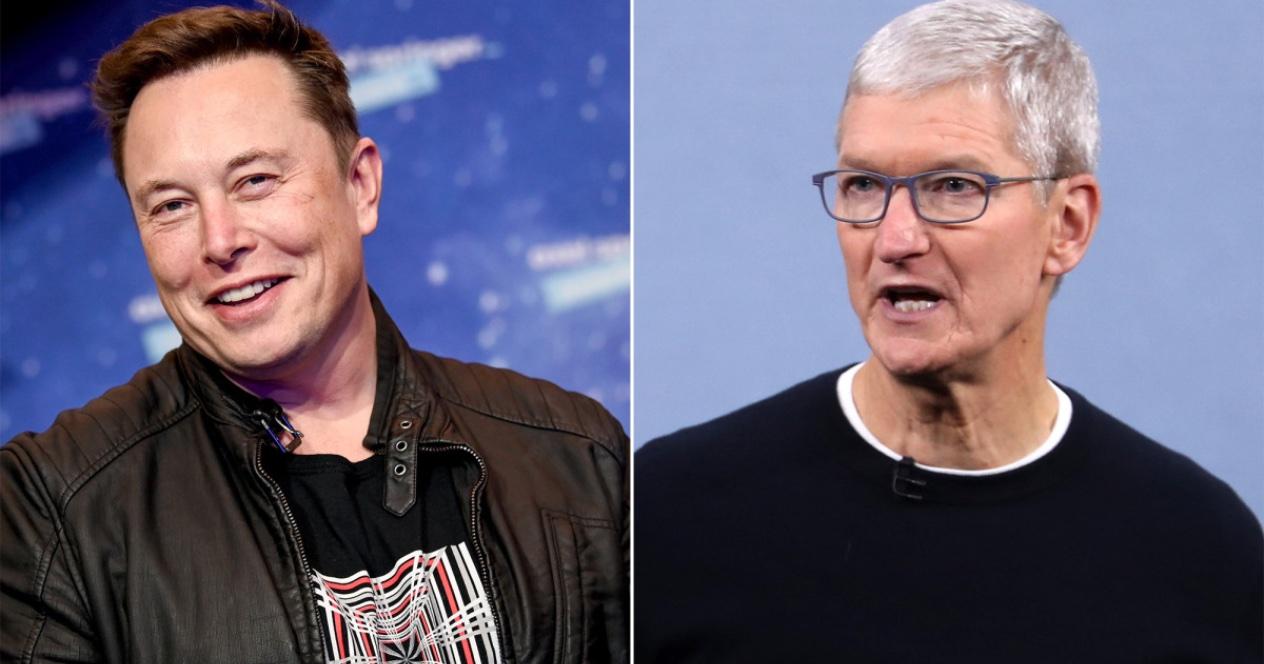 Share
Facebook Twitter LinkedIn Pinterest
In the last hours, there has been a new confrontation between two large companies such as Twitter and Apple. However, this confrontation is not new, since since the beginning of the commercial relationship in 2011, Apple has had the occasional clash of dialects with the company led by Elon Musk, whose question that all users ask ourselves is the following: What is really going on?
Apple has always seen Twitter as an ideal place to exploit its advertising, since unlike Instagram or Facebook, those of Cupertino have always bet very strongly on Twitter as a place to promote your products. We analyze what has caused the situation of confrontation between the two companies.
Contents hide
1 A new episode between Twitter and Apple
2 The famous 30% commission

The bomb exploded when Apple decided to cancel its advertising agreements and stopped promoting its products as a result of the lack of content moderation that was recently published, because Apple and many companies do not want it to be associated with certain racist and xenophobic content.

The cancellation of advertising by Cupertino is an incredible damage to the Twitter company, since the company is in full restructuring and needs advertising revenue to revive a company that, since the acquisition of Musk, has had an incredible drop in both revenue and in a bag. Along with this, there is a second reason why Apple has stopped advertising on Twitter and it is the current situation of the company, because, under the criteria of many companies, it is not the most ideal in security nor does it offer added value to Apple as brand value.

In response to this, the Tesla CEO stated that Apple does not like freedom of opinion and expression, something that, that is completely false. Apple has many things, good and bad, but the fact that it is a company that limits the freedom of users and their privacy is completely false, where Apple executives have closed their account expressing their disagreement with the company’s new turn.

Elon has also expressed his disagreement with having to pay 30% fees for income through the App Store, as happened a few years ago with the North American company Epic Games. Twitter wants to include subscription fees like the one mentioned Twitter Blue, However, Apple would take 30% of the commission for all subscriptions that run from the App Store, where Elon has said that he will go to war if he does not pay that “tax rate”, leading to a new battle. legal as it happened a few years ago.

If Elon Musk decides to go to trial over this Apple policy, it would be a new problem for twitter because it would take many months for a judicial resolution, months that Twitter cannot wait or be involved in more problems than it already has. Apple, like the other time, has been blunt, stating that if you do not comply with the agreements, the app will be removed from the App Store. The situation of removing the app from the App Store already responds to other criteria, that really, the The only person affected is the user. who loses direct access to a reference social platform today.

Leave us in the comments how you think the current situation of Twitter and Apple will be resolved.