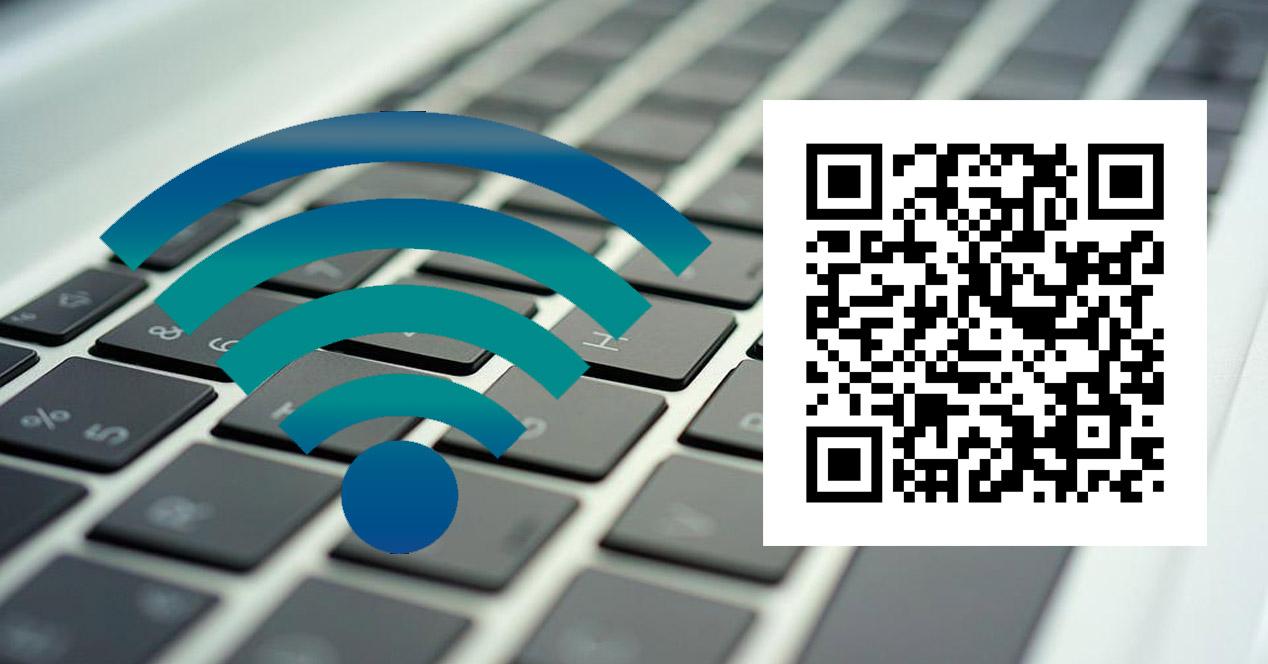 Share
Facebook Twitter LinkedIn Pinterest
Contents hide
1 What is a QR code for Wi-Fi
2 WiFi QR Code Scanner
2.1 How to connect to a network in Windows with QR
2.2 Steps to generate a QR of a network
2.3 Open a generated image
2.4 View saved Wi-Fi networks

What is a QR code for Wi-Fi

To connect to a wireless network, the normal thing is that we select the corresponding Wi-Fi from the list of all those nearby and enter the password. This process is sometimes not easy, since we can find keys that are very long, with a combination of all kinds of symbols, letters, and numbers.

If we want to connect faster, one option is scan a QR code. It will automatically fill in the network name or SSID as well as the password. This is something that is simple from the mobile and we can even have it integrated into the system, without the need to install anything additional.

For example, if we are in a restaurant and they have a Wi-Fi network available, there may be a sign with a QR code or on the tables themselves. We will only have to scan it and our mobile automatically connects to that network without having to enter the password manually.

This is also possible in Windows, although it is not as common as in mobile operating systems. You will have to install a program with which you will be able to connect to wireless networks more quickly, but also generate your own QR code so someone else can connect.

The program you can use for this is WiFi QR Code Scanner. It has both free and paid version, where you will find some additional options. However, for the basics, which is being able to connect to a Wi-Fi network through a QR or generate our own code, you will be able to do it from the basic and free version.

To start using it, the first thing you have to do is download and install it. You can find it in the official Microsoft Store. We recommend downloading it from there, as this way you will avoid installing software that could have been maliciously modified and could be a security problem.

Therefore, you have to go to Start, open Microsoft Store and there you look for WiFi QR Code Scanner. You just have to hit Get and the installation will automatically begin. It is a quick and simple process. Once installed, you can use it and start connecting to networks through a QR code and also generate them.

How to connect to a network in Windows with QR

The process is very simple and intuitive. Once you open the program for the first time, it will ask you for permissions to access the camera. Logically you need the Windows computer to have a webcam to be able to scan codes. If you have a laptop, it is normal that it is already built-in.

When you accept those permissions, you have to give the first option which is Scan Code. You will see that the camera automatically turns on and is ready to start scanning any code that is found. You just have to point to the paper with the code, the mobile screen where you have it, etc.

As soon as it detects that QR code, a new window will appear with information on the network name, the password and the type of authentication. You can click Connect or simply copy the password. All this process is automatic and what it does is fill in that data so that you can have access to the wireless network quickly.

Steps to generate a QR of a network

Maybe what interests you is generate a QR code with the name and password of a Wi-Fi network. This is very useful if you want your guests to connect quickly or even if you have a business and want to offer this possibility to customers. Also with the WiFi QR Code Scanner program you will be able to easily generate it.

In this case what you have to do is give the second option, Create Code, and different gaps will appear that you must fill in by hand. One of them is the name of the network, which you must write as it appears on the router, another is the type of encryption and the third is the password.

When you have it ready, you just have to click on the Generate QR Code button. The generated QR code will automatically appear and with it you will be able to connect devices to the wireless network. If you want you can give Save QR Code File to generate a file with that QR that you have generated. You can save it on your computer, send it to other devices, print it, etc.

You also have the option to automatically generate a strong random password. If you plan to change the Wi-Fi password to improve security, it is an alternative that you can take into account and thus maximize protection.

With WiFi QR Code Scanner you can also open an image that is already generated. If you have it saved on your computer, you only have to click on the third option, that of OpenQR Imageand select the file so that the program detects it automatically and you can connect to that wireless network.

Basically this will be the same as if you scan the code with the camera, but in this case it will read the file that you already have stored on your computer. You don’t need a camera, since everything is done by the software itself.

Windows stores a record of all the wireless networks you’ve connected to. This includes the name of that network, but also the password. This makes it easy for you to quickly connect whenever it detects you’re in range of that Wi-Fi and you won’t need to put in any passwords.

With the WiFi QR Code Scanner program you can also generate QR codes of any wireless network that is stored in the system. However, this function is only available in the Pro version. If you do not have this paid version, you will have to use the function that we have seen previously to fill in the information manually.

In short, as you have seen, you can use the WiFi QR Code Scanner program to connect to a Wi-Fi network through a QR code. It is a simple and fast process. In addition, you can also generate QR codes so that other devices can connect to your network easily.