what you should know about the multiverse of madness 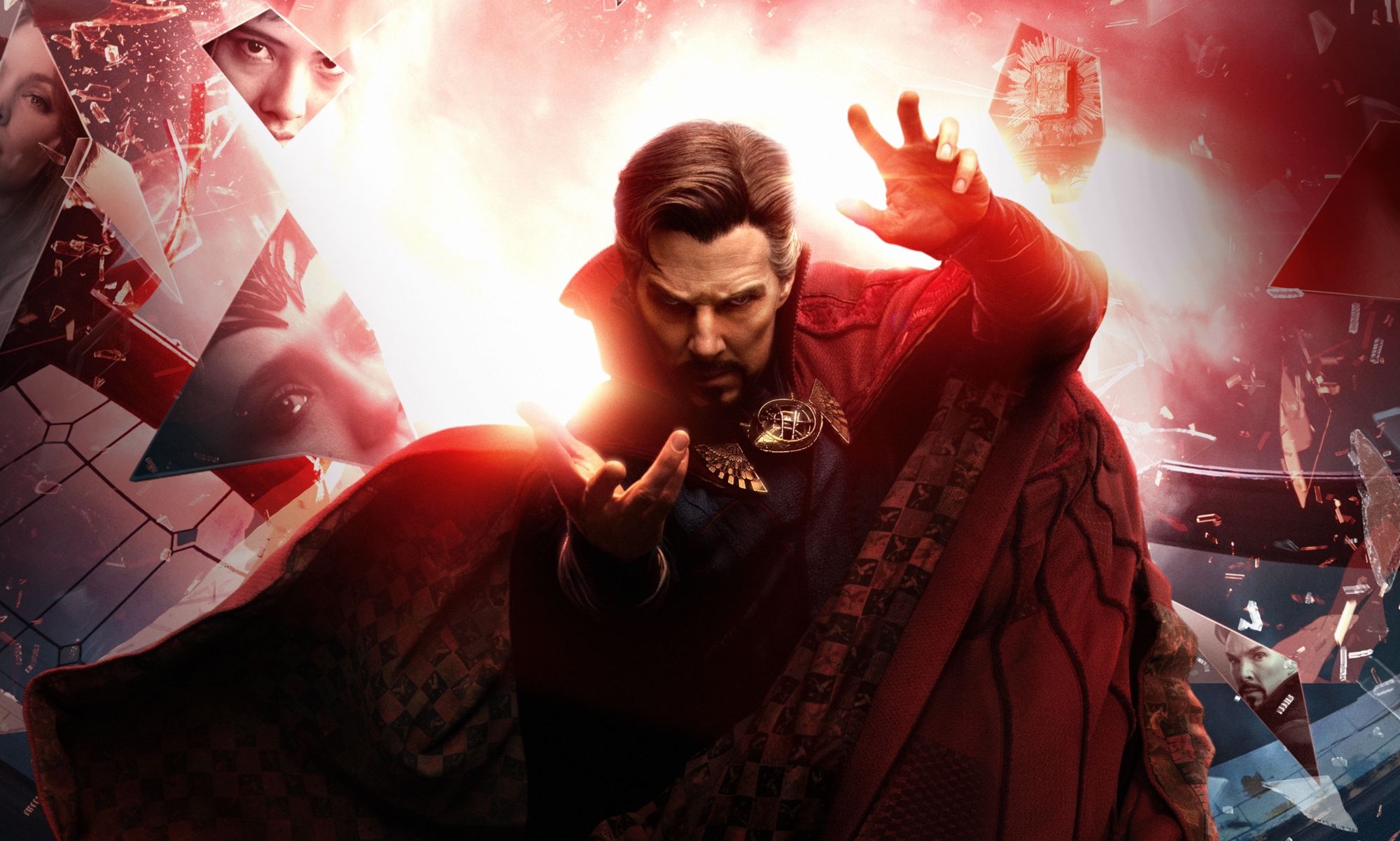 In Doctor Strange in the Multiverse of Madness by Sam Raimi, the multiverse is a fact of life. So much so that it is clear that the film not only explores the concept, but its more sinister consequences. in the series Loki of Disney +, the idea was related to the condition of time as a context and reality, as an unknown. Shortly after, S.Ask -Man: No Way Home by Jon Watts, analyzed the multiplicity of the dimensions of space and its variables. In both premises, the perception of the multiverse was a more or less benign journey through something more elaborate. Or in any case, a handful of possibilities that showed all the regions about overlapping histories with each other.

But in the aftermath of Doctor Strange, the multiverse was shown as a nightmarish territory full of terrifying possibilities. Before, the animated What would happen if…? I had already explored about the duality of reality. The condition that a single decision changes entire time lines and especially, elucubrate on the very core of what we consider absolute concepts. The anthology series posed the construction of the multiverse as a fractal of intricate possibilities. As much, as to become more and more wide and infinite as the episodes go by.

But how does Marvel analyze the multiverse in the cinema? Does it use the same rules as its version in the comic?; Actually, the multiverse is a more speculative than exact tour, but The House of Ideas managed to unify some concepts to create several specific points. Especially as it gets more complicated, how it will impact the plots of future stories on screen. We leave you a guide to understand the different variables of time, space and the notion of Marvel’s reality. A tour not only through its richness, but also the condition of the possibilities that link a more elaborate sense of chaos — and its consequences.

How is the multiverse defined in the Marvel Cinematic Universe? (not the comic)

According to what the Ancient One stated in the first Doctor Strange movie, the multiverse is infinite. Something that coincides with the concept that he explained in detail The One Who Remains in the series Loki from Disney+. Now, to understand this multiplicity of strata, it is necessary to understand that not everything concerns reality, time and dimensions. It also implies parallel worlds and alternate time lines..

How is each of them different? In something basic: they are different manifestations of what the universe can be. The dimensions are planes of existence completely different from ours. This means that each timeline could have different and own dimensions. So reality unfolds

A parallel world is a version of the place you live in, so it could be a virtually identical version, but with one substantial difference. From the people who inhabit it to the way that world is built. Y they all belong to the same timeline — and dimension — so they can’t impact each other or create specific disasters. “This universe is only one of an infinite number. Endless worlds. Some benevolent and life-giving. Others full of malice and hunger. Dark places where powers older than time lie hungry…and waiting.” The explanation that the Ancient One gave to Strange is still valid and is also part of the idea about the dangers that lie in wait for the magical world in Marvel.

In Marvel, it is the dimension in which the “soul” or essential identity separates from the body. And it is what a Master of the Mystic Arts can do and provoke. The astral dimension is around the physical earth and is accessed through magic and ancient spells as well. It is a different and independent plane of existence, which often impacts the physical. In this space, time works differently and, in fact, passes in a way that is completely alien to the way we understand it.

The astral plane also allows an individual to do multiple actions at once. Because time does not pass as in the physical plane, it is an ideal space to acquire accelerated knowledge. As in the case of Doctor Strange in the first film of his duology or the post-credits scene of WandaVision.

It is a dimension, an exact copy created by magic of a specific physical world. “Always present, but undetected,” the Ancient One explained in the first part of Doctor Strange. “The real world is not affected by what happens here,” he added. And in fact, the film shows how the mirror dimension is used to train and contain dangers.

The mirror dimension can also be a fighting space controlled exclusively by the Sorcerer. Also, a training camp and even a provisional prison. Which allows it to be a very personal space that the Master of Mystic Arts can access.

The dark dimension or hell contains all the worlds consumed by Dormammu, the villain of the first part of Doctor Strange. In fact, the plot of the film shows how the earth could have been consumed by dangerous space. According to the plot, it is “a world beyond time” and, therefore, one in which death does not occur. Also, it is a type of energy so powerful that it can cause changes in other dimensions and events of considerable magnitude.

That brings us to Darkhold, the book that was part of the plot of Doctor Strange in the Multiverse of Madness. Created by Chthon from the Dark Dimension, it is also a door to access his secrets. All the information it contains is also, in one way or another, part of the sinister place.

In Marvel, time is a continuous, centuries-long present, controlled by the Time Variance Authority. That prevented the timeline from fragmenting and opening up in a new direction, spawning alternate universes. Namely, possibilities that branch out into a complete experience, simultaneously and parallel to another specific reality. In Lokieach of the variants of the god of lies, was an intersection of continuous time and space.

In other words, a decision can open the possibility of an alternative universe and produce the condition of the existence of another reality. Which was precisely what happened in the Disney + series. Loki met various versions of himself, who had emerged from reality, by taking forks of space and time. So a Loki who managed to trick Thanos created an alternate reality in which he didn’t die. And another, who killed Thor, another completely unknown. And perhaps, Silvie the result of Odin’s decision to adopt a girl instead of a boy. Each possibility opens a universal fractal of time and space.

In the Marvel Cinematic Universe, dreams aren’t part of the subconscious or anything like that. In reality, it’s a fragmented window into whatever it is that’s making a variant — a possibility come true — of the dreamer. In fact, they are not visions but a link between various versions of the same creature through alternate realities.

On the other hand, the “wandering” it is a dreamlike state brought on by magic that creates a connection to another variant. And if dreams show what any version lives in another alternative universe, “wandering” supposes control. Precisely what the Wanda of the 616 universe did with the one guarded by the Illuminati, in Doctor Strange and the Multiverse of Madness.

It is the plane in which the souls of the ancestors of an individual — or people — remain. It also allows communication between the living and the dead. Also, it is a wealth of knowledge and data. In some other way, it is an astral plane, but in the case of Black Pantherwith a specific purpose.

In Black Panther, the way to access the ancestral plane is through a magical ritual and a potion prepared specifically for that purpose. Which presupposes that anyone could achieve theirs, under the right conditions.

The Duat (seen in Moon Knight)

According to the hippopotamus goddess Taweret, after death “many intersecting planes of untethered consciousness exist.” The concept was exploited in the Moon Knight series and was surprising in its vastness. He also hinted that the substance of the plane was created by projections of the mind of the one who was in it.

In the penultimate chapter of the series, Marc Spector could be seen contemplating a placid landscape, similar to the ancestral plane of Black Panther. Only in this one, no one expected the antihero. The same goddess clarified that it was a reflection of what was happening in the mind and spirit of the character.

Every time someone uses the soul stone, they can see a specific dimension within the stone. The same one Thanos saw when using the stone. There are not many details about the peculiar dimension. Beyond that it is a fleeting and powerful scene that connects with the psyche of the one who carries the stone.

Doctor Strange in the Multiverse of Madness

‘Doctor Strange in the Multiverse of Madness’ now available on Disney +