WhatsApp already works on tablets and we have tested it 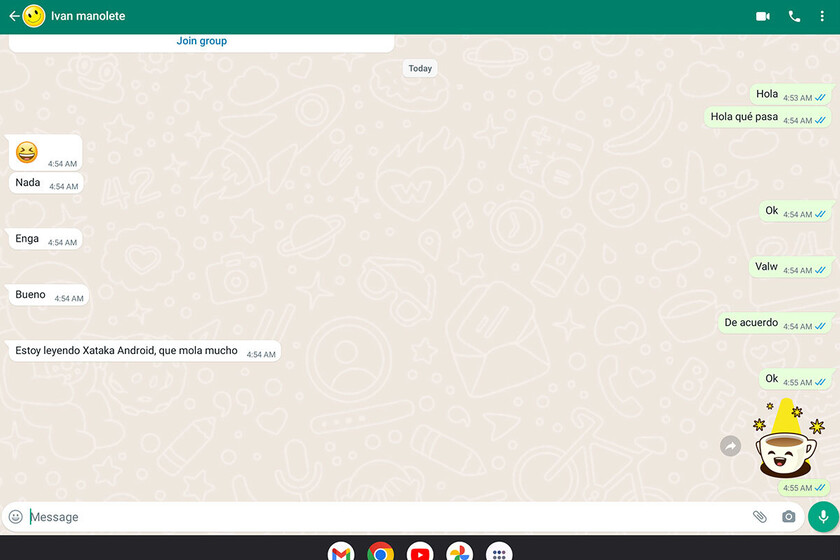 Share
Facebook Twitter LinkedIn Pinterest
WhatsApp has been perfecting its multi-device mode to make room for devices that have been ignored for a decade: tablets. Now at last we can begin try WhatsApp on a tablet, without tricks, with the official app and keeping our account on the mobile.

The latest beta version of WhatsApp for Android allows us to configure it as a Companion Device when we install it on a tablet. In practice this means that we can use WhatsApp at the same time on the mobile and on the tabletindependently.

It’s been a while since WhatsApp launched its renewed multi-device mode with which it is no longer necessary to keep the mobile on and connected. It had a big downside, and that is that we could only use it with WhatsApp Web, WhatsApp for PC and the Facebook Portal, but it was a matter of time before also extended to mobile phones and tablets.

We were recently able to test the multi-device mode on two Android mobiles, with root and all kinds of tricks, but now anyone can try it with a single condition: that they have a tablet and install the latest beta version of WhatsApp. That is, the version 2.22.21.6, which you will find in APKMirror. The great surprise appears upon opening it, where we are invited to use the tablet in companion mode. Works exactly the same as when you link WhatsApp Web. On the mobile where you have your account configured, you must go to the ⋮ menu and enter Linked devices, and then press the button Link a deviceuse your fingerprint and, finally, open the mobile camera to scan the QR code.

When doing so, there is a small process of downloading messages and then You can now start chatting on WhatsApp from your tablet, without using the web version or losing your mobile account. It works quite well except for the same problems that you encounter when using your account on WhatsApp Web: it can take a long time to download all the old messages. The “bad news” is that the WhatsApp interface is not ready to take advantage of the large screen of tablets, so you’ll see exactly the same as on mobile, but with much more space between interface elements. There is no use, for example, of several columns to be able to switch from one chat to another without having to go back.

When we use WhatsApp in companion mode, beyond the technology behind it to synchronize messages between various devices, it works the same as if we use WhatsApp in a standard way. That is, we have, for example, shortcuts to our conversations with a long touch and it appears in the share menu. It is foreseeable that in a future WhatsApp refines the interface and adapts it for tablets. In the meantime, you can at least start chatting and the experience is decent, especially if you use the tablet vertically and not horizontally. WaBetaInfo comments that this companion mode for tablets is available for some users and not for all, so if it still doesn’t appear for you, it may come to you later.