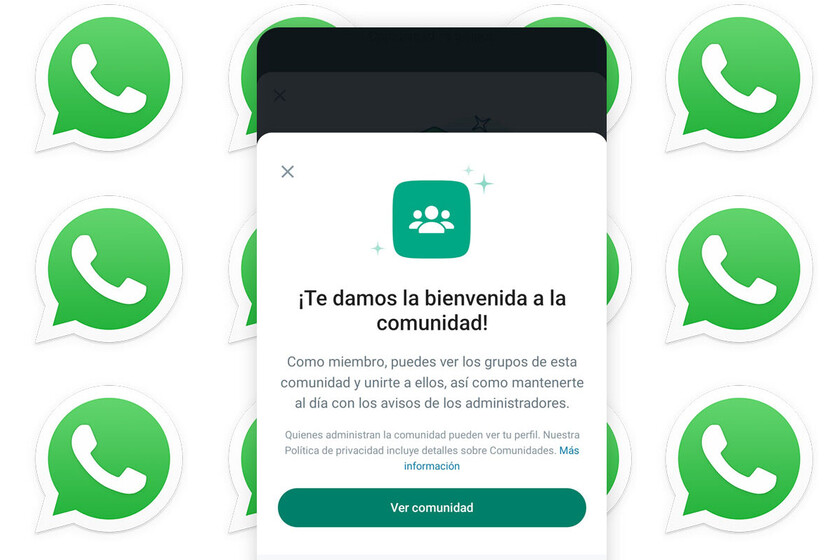 Share
Facebook Twitter LinkedIn Pinterest
WhatsApp announced its communities function a few months ago and since then it has been gradually spreading among the billions of users. Now, WhatsApp communities are starting to appear to Spanish users.

If you still did not have the WhatsApp communities, it is possible that today or in a few days you will see how the old camera tab turns into communities tab. From there you can both

The wait is over for Spanish WhatsApp users, as we have been able to verify that the deployment seems more or less widespread both on Android and iOS, both in beta and stable version. The easiest way to know if this is your case is simply to see what the first WhatsApp tab is, as well as if there is a new button to open the camera, next to the search button.

The first time you open this tab, you will find a welcome message explaining what the communities are. In short, they are a collection of groups under the same themesuch as groups for a community of neighbors: one for suggestions, another for planning events, another for neighborhood associations, etc. Creating a community is not too different from creating a group except for the fact that you must assign or create groups, which will become part of it. Not all members of a community need to be in all of the groups that contain it, and all communities come with a group of notices under their arm, where only admins can write (unless the settings are changed).

The easiest way to check the WhatsApp communities of which you are a member is from its own tab, but individual groups also appear in the chat listwith a “stacked” icon indicating they’re part of a group (and tapping on it displays a shortcut to open the community). For now, we can see and interact with communities from the WhatsApp mobile application and WhatsApp Web, but it does not appear -at least at the moment- in WhatsApp Desktop for Windows. It is foreseeable that it will do so later.

as we said, the deployment seems more or less widespread, so it is quite possible that they either already appear to you or are about to appear to you. If you want to maximize the odds, update your WhatsApp to the latest version.