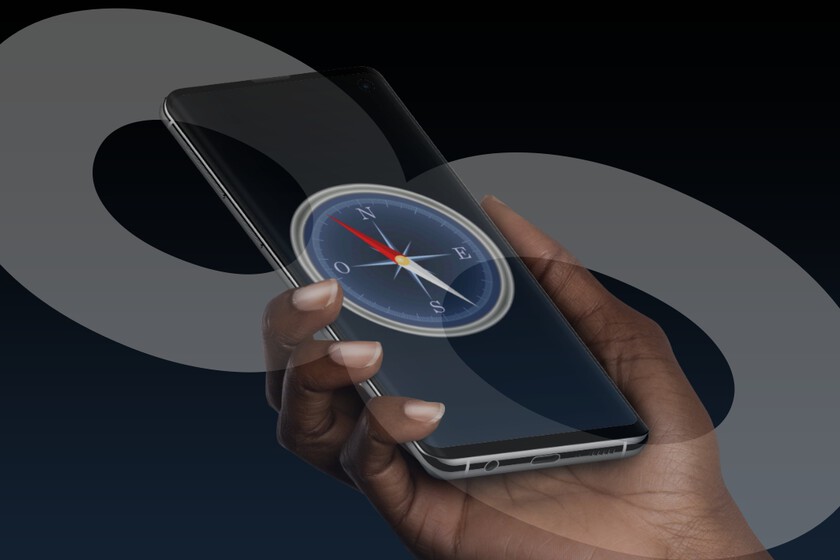 Share
Facebook Twitter LinkedIn Pinterest
The fact that we find so many functions in Google Maps makes it one of the most popular mobile navigation apps. However, it is not perfect and requires to calibrate the compass of the mobile from time to time so that we can identify the location well.

It is possible that you have ever heard or read about having to do a figure eight to calibrate the compass. And as absurd as it may seem, the truth is that it makes perfect sense to do it and on top of that it works. Below we will tell you what it is due to and what actions you must do exactly so that your mobile and Google Maps detect your position accurately.

The mobile sensors are decalibrated even unintentionally

To better understand how the compass works on mobile phones, we must start by saying that it exists on mobile phones thanks to the magnetometer. This is a small sensor integrated inside the devices and that, with the help of other sensors such as the gyroscope and the accelerometer, is capable of detecting the exact orientation of the mobile.

This sum of sensors are capable of detect towards which cardinal point the mobile is oriented. More specifically, the top of this. Thus, the arrow on Google Maps (and other apps) is displayed accordingly and is useful when we are moving, knowing how to accurately detect where we are.

What is the problem with the magnetometer? well what can be decalibrated by electromagnetic fields. And it does not need to be exposed to a large field, but can be altered by small processes that occur in the internal circuitry of the device, when it is close to metal surfaces or other electronic devices.

It can also be said that the alteration of these sensors is more frequent in older or lower-end mobiles. The newer and higher-end a device is, the better sensors it has, so in some cases a compass calibration may not even be necessary. Or at least not frequently.

How to calibrate the compass by plotting an 8

Recalibrating the magnetometer and the rest of the sensors responsible for providing the compass functions does not require having to disassemble the device or have very precise technical knowledge in the matter. Enough with draw an 8 in the air with the mobile held. Yes, as you read it.

You must hold the phone in your hand and hold it very tightly to prevent it from slipping and falling to the ground. Then it will be a matter of going turning your wrist while drawing an 8 in the air. You should do this for about 20-30 seconds. It should be said that if you do this with Google Maps open, the app will give you a notice that it is already calibrated.

The reason this works This is because it is the way in which the sensors can take readings of the three axes of space (X, Y and Z). In this way, possible erroneous positioning derived from contact with the previously mentioned electromagnetic fields are eliminated and the compass is restored.

However, Nor is it necessary to perform this gesture on a regular basis.. Not because it’s bad, but because it doesn’t make sense to do it if the sensors already detect the position well. So, do it only if you notice that this position is not correctly determined or if an app like Google Maps asks you to do so.

Google Translate is getting better and better