Will Apple use the name “iPhone Plus” again with the iPhone 14? 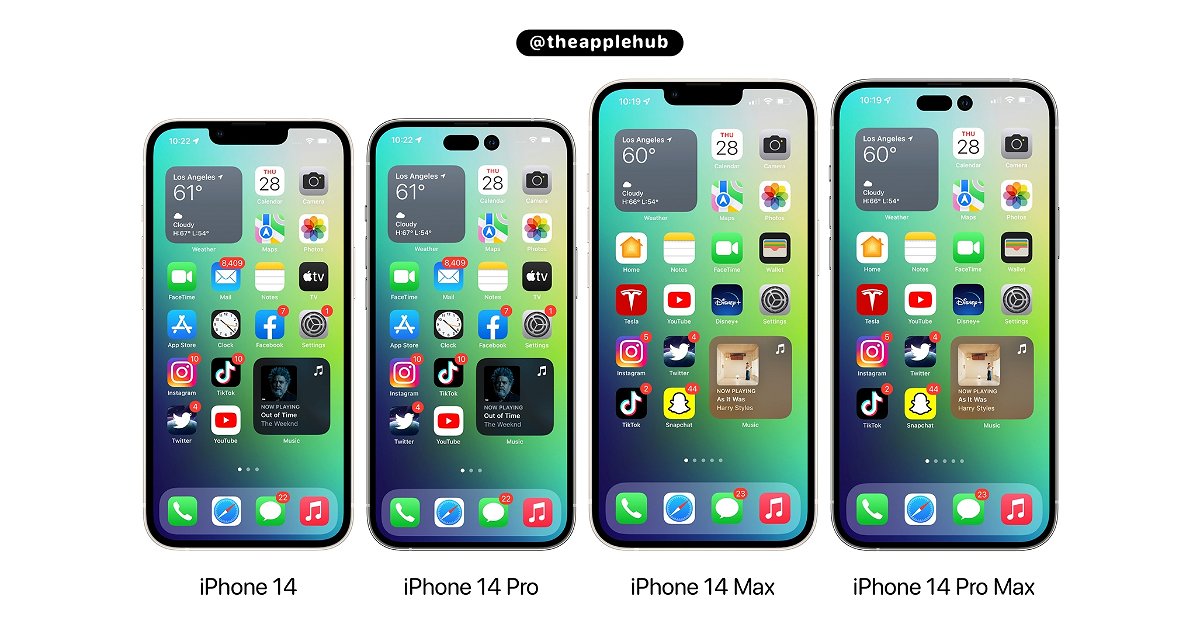 Now that we are going to have a new larger entry model, would it make sense to go back to using the “Plus” surname on the iPhone 14?

Apple often tries to keep the names of its devices secret until the last minute. In fact, the name is usually the last thing leaked if it does. It has happened repeatedly. The iPhone X was known as iPhone 9 and the iPhone XS we knew for months as iPhone 11 or iPhone XI, and their official names were not revealed until the final launch.

Naming is handled by Apple’s marketing team, so It is something that is not decided until the end. We imagine that at some point they will decide to stop using a number as an identifier for the iPhone, just like it happens on other Apple devices. But for the moment, it seems that it will maintain a similar strategy with the new generation of iPhone of 2022.

These will be the four iPhone 14 this year

Would it make sense to go back to using the surname “Plus”?

This year we have an important renewal in the range iPhone 14. Apple will offer us again 4 different models, but instead of having a “mini” access version we will have a “Max” access model. That is, this year there would be an iPhone in two screen sizes 6.1 and 6.7 incheswhich could be called as follows:

However, having two iPhone 14 with the surname Max can be somewhat confusing for most users. And considering that the last name “Plus” has been used for years, from the iPhone 6 generation to the iPhone 8, it might make sense to use this last name again with the iPhone 14.

We will see new colors in the iPhone 14

If this were so, the names of this year’s iPhone would be the following:

For some reason Apple decided to stop using the last name “Plus” to use the last name “Max” to name their largest iPhone. This happened with the iPhone XS generation, which debuted the iPhone XS Max with the largest screen ever seen on an iPhone. The reasons for this change are unofficial, so we don’t know why Apple actually made it.

On Almost everything has already been filtered due to the schematics, 3D prints and screen savers that have appeared. Even their possible prices could have already been leaked.