will be mandatory soon and puts an end to warning triangles 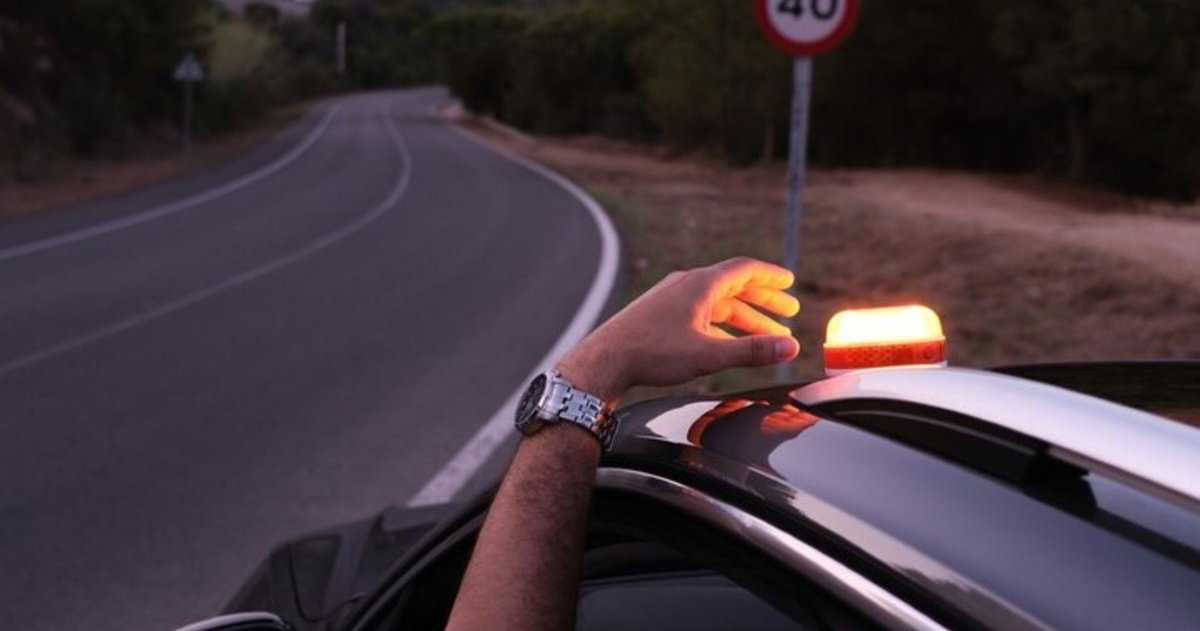 The DGT will monitor your vehicle in the event of a breakdown or accident. This will be the future V16 lights that will be mandatory from 2026.

From time to time, the General Directorate of Traffic (DGT) carries out modifications in its action protocols in a whole series of situations. In the event of a breakdown, the current regulations show how users have to wear reflective vests and, in addition, place warning triangles at a reasonable distance in order to improve your visibility to other road users. This, however, entails an extra danger for the driver of the damaged vehicle. The body, in the future, will change this way of operating.

The V16 light is a device that will be mandatory in cars from January 1, 2026. The objective of this technology is to warn, by means of flashes, about the presence of a certain vehicle at a critical point on the road. In this way, it will be possible to take the necessary responsibility to slow down and separate a safe distance. Until now, it is an optional equipment that, in addition, implies only a visual witness. Here is the key to the difference that the public body will make.

The DGT intends to introduce important changes over the next few years. The body that manages the roads in Spain has already had to come out on top of this potential regulation. It is important to emphasize that the obligation to have this device will take place on January 1, 2026. Be that as it may, by then, the arrangement of triangles on the vehicle will no longer be necessary. Now, what does the geolocation mean that it should incorporate?

Beacons V16, a technology that will be mandatory to carry in the car

The approved models to serve as a tool are not yet known, but these light beacons can already be purchased from next December. Now, what is the main differentiation of the first ones that came onto the market? The models proposed by the DGT will have a geolocation system connected to the DGT itself. In this way, it is hoped that a better management of breakdowns that occur on the road can be carried out and, in this way, better serve users.

The V16 light is intended to improve the visibility of damaged cars on the road. Image: The Engine

Among the keys to this technology is its instant activation with DGT 3.0 platform through your virtual cloud. In this way, office workers will be able to send patrols at the moment without the need for notice from the user. It is a somewhat controversial measure that will bring a queue due to a possible violation of the privacy of this technology. After all, who knows if in the future these types of solutions will be continuously communicating data to the public body?

Among the benefits of this new lighting system is the possibility of seeing an accident or broken down vehicle at a much earlier distance than with the conventional triangle placement system. On this occasion, we are faced with a much more striking technology. In fact, one can distinguish this pilot light at a distance of 1000 meterswhile a triangle, despite being reflective, does not allow the presence of the obstacle on the road to be reported well in advance.

At the moment, there is not a single version compatible with the objectives and plans established with the DGT. However, it is expected that over the coming months it is possible to have the first homologated versions and valid in the face of the obligation that will be introduced on January 1, 2026. From Urban Tecno we advise you to check, until then, the status of the triangles, mandatory vest if you need to leave the vehicle and, of course, light beacon conventional, if available.

Free calling service may end soon on WhatsApp! Government made a new plan