will not stop recommending topics that do not interest you 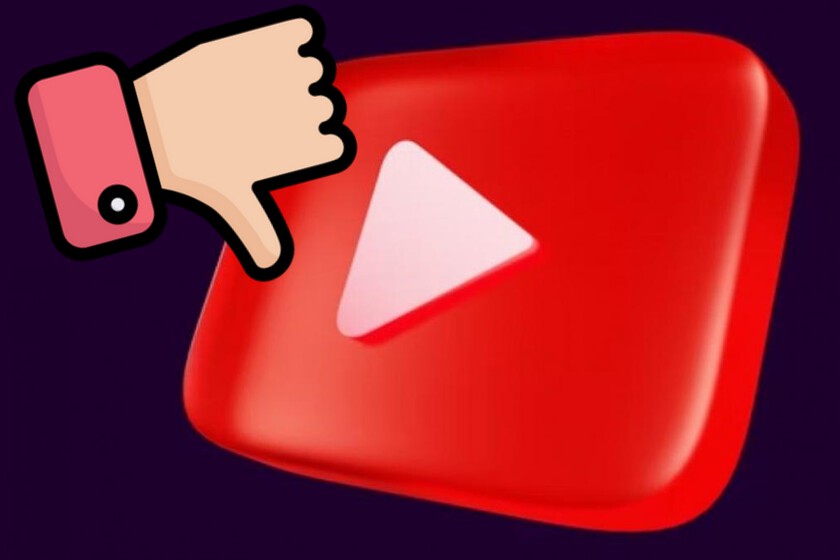 All of us who use YouTube want to always have the videos that best suit our tastes. In order to teach this algorithm there are different buttons to indicate that you do not like or are not interested in a video or channel. This in theory can be enough so that these videos do not end up appearing in your feed anymore, but an investigation by Mozilla has seen that these buttons are almost useless.

To carry out the investigation, they have recruited more than 20,000 volunteers who use YouTube, using the RegretsReporter extension. This overlays a general button to stop recommending YouTube videos. By clicking on this a signal was automatically sent to YouTube randomly between the following options: I don’t like it, I’m not interested, I don’t recommend the channel, delete from history and a control.

YouTube does not allow you to stop watching a theme

The study thus grouped a total of 500 million recommended videos. From this data they wanted to determine if the algorithm had learned from the wishes of the users or was completely ignored. This was done by comparing the results with the reference control group and the truth is that sending the wishes that the user did not like or was not interested in a video had practically no influence. Specifically, they only reduced the recommendations of these videos by up to 12%.


For related buttons with not recommending a channel or removing from history, a more significant change was seen between 43 and 29%. But equally this becomes insufficient to prevent a user from seeing a video or a channel that he does not like at all. This is undoubtedly something serious, since they practically force you to display a topic in the feed that someone is not really interested in.

As reported from The Verge taking as sources the statements of a person in charge of YouTube, the platform never wants to veto a specific topic completely. Specifically, they limit themselves to explaining it as follows:

It’s important to note that our controls do not filter entire topics or viewpoints, as this could have negative effects on viewers, such as creating echo chambers. We appreciate academic research on our platform, which is why we recently expanded access to the Data API through our YouTube Researcher Program. Mozilla’s report does not take into account how our systems actually work and therefore it is difficult for us to get many ideas

That is why if you thought that by clicking on these buttons you were going to avoid seeing a theme, you were totally wrong. Although, seeing the name they give it makes believe that they have exactly this function, but the YouTube recommendation system does not allow in any way to ban a topic even if the user wants it.

Three million dollars at a bus stop: if you break the glass you keep it

stop copying, these are the best on the market