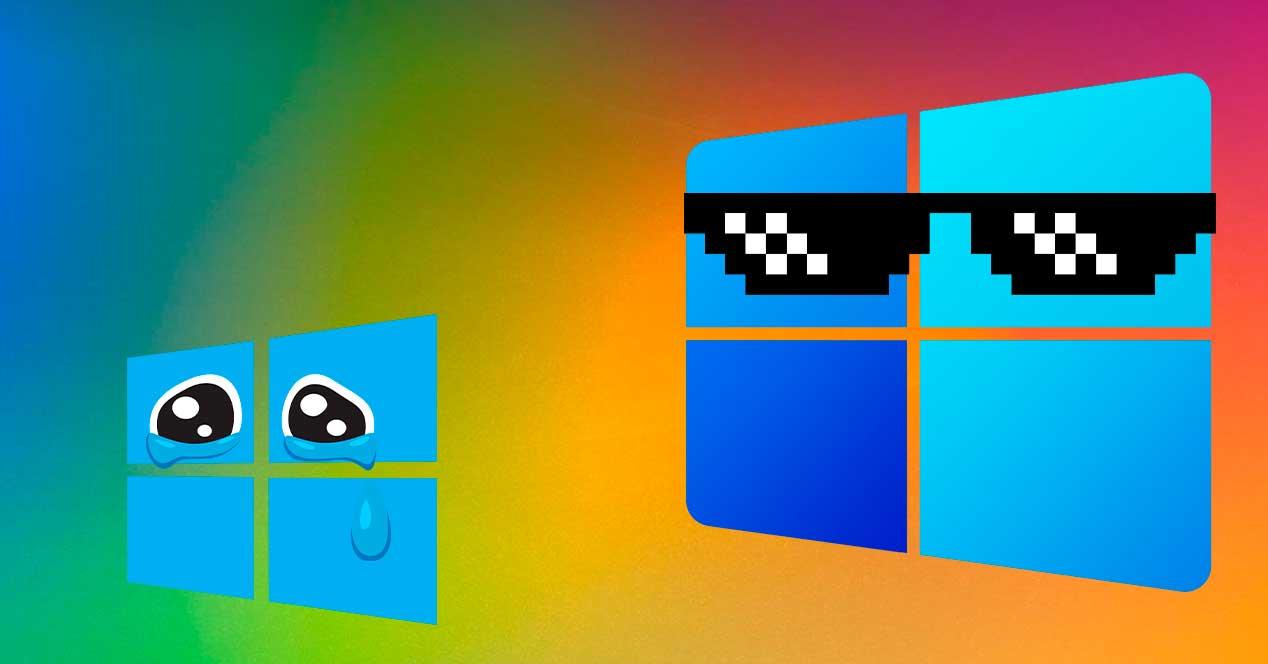 Share
Facebook Twitter LinkedIn Pinterest
Even though Microsoft promised that Windows 10 was supposed to be the last version of the operating system, and that it would be updated periodically, in the end it was all a lie. It has been more than a year since Windows 11 arrived on our computers, marking a new era for the operating system. This system has not only marked a clear planned obsolescence by imposing absurd requirements, but it has also given the finishing touch to an already declining Windows 10. A year has passed, and although we thought that Windows 11 was not going to come to fruition, little by little it is suffocating its older brother.
We thought we were going to have 10 for a while, but Microsoft has no intention of extending the life of its classic operating system much longer. Right when its successor was announced, Microsoft confirmed that Windows 11 was only going to receive updates until 2025. From then on, the operating system was going to pass away, along with XP and Windows 7, an abandoned system without support… unless it maintained a market share that would not allow it.

Unfortunately, this 2022 users have updated en masse, despite the problems and criticism.

Contents hide
1 Windows 10 has lost a significant market share
2 Could 2023 be the end of Windows 10?

Although it is still true that Windows 10 is still the most used version, its days may be more than numbered. And it is that, if we look at the last analysis of StatCounterwe can see that in the last year, despite having been a bad year for Windows 11, the system has gone from having an 81.44% market share to 69.75, with a graph that plummets.

Windows 11, on the other hand, continues to grow exponentially, going from almost zero share at the beginning of the year to more than 16%. Windows 7, on the other hand, is hovering between 9 and 10%, refusing to die, and the other operating systems are practically extinct.

But not only do these analytics show the inevitable, but if we look at Steam’s hardware and software surveys, the data is even more worrying. Despite the fact that Windows 11 is full of problems and complaints about the malfunctioning of games, and is not recommended for any gamer, as we can see, 11 has only gained followers every month, currently having a share of 28%. of the total Steam market, leaving 10 at just 65%, and going down. 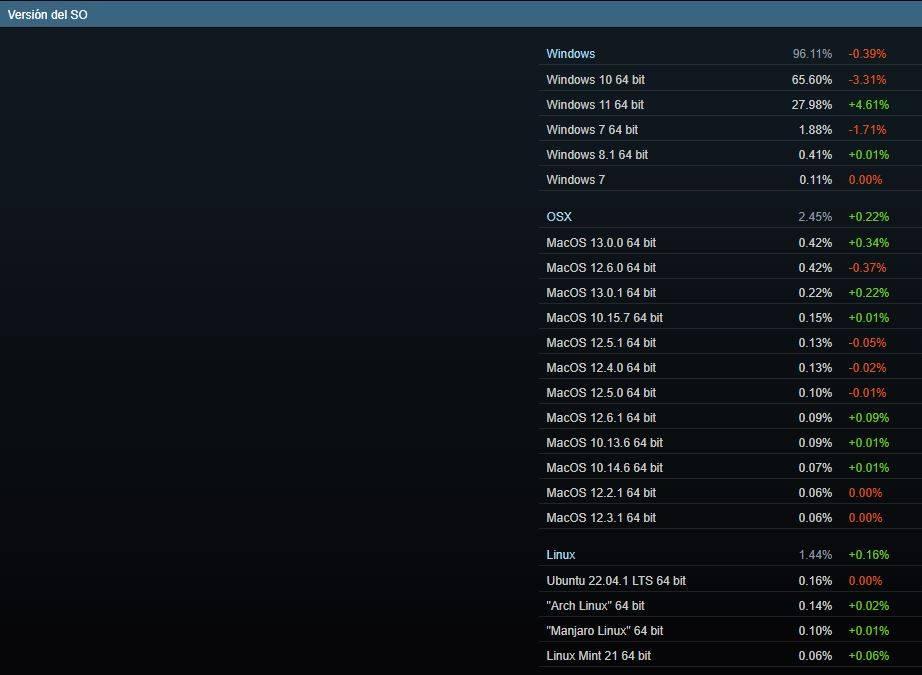 MacOS and Linux remain irrelevant operating systems in gaming, with 2.45% and 1.44% respectively.

As much as it pains us to admit it, not only could it be, but it will be. All new computers already come with the new operating system installed as standard. In addition, users are updating more and more, as long as they meet the minimum requirements, so that there will be fewer and fewer computers with Windows 10 and more with 11. In addition, the near end of support, along with increasingly no support that Microsoft is giving to its previous system, will make Windows 11 shoot the number of users, and 10 plummet.

It would not be strange to see how, in the middle of the year, the graphs of both systems intersect, and at the end of the year Windows 11, along with its 2023 updatethey surpass the classic Windows 10. But time will tell.