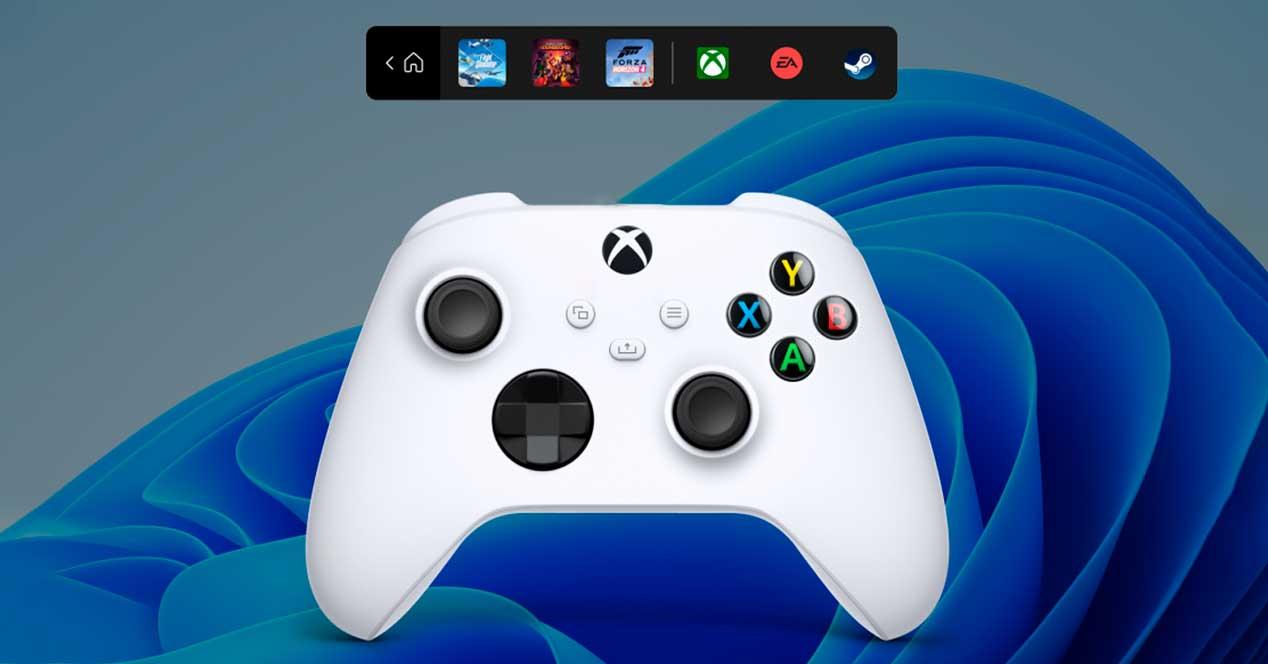 Users signed up for the Insider Dev channel can take advantage of this parallel development to move to the beta channel and be able to continue using Windows 11 in a much more stable way. As soon as Microsoft resumes development of the Dev branch, and increases the build number, this possibility will disappear. Therefore, if we are using the Insider Dev channel, and we want to use a more stable system, it is better to take advantage of moving to the beta channel.

This new update, as always, comes to us through Windows Update. We just have to check for new updates, download and install the build and reboot to bring our system up to date.

Basically, this new Windows 11 update only brings us one thing: a new game bar. The Game Bar was one of the novelties of Windows 10, which allowed users to have an overlay screen in games so that we can access social functions and the entire Xbox ecosystem directly while we play.

But there is life beyond Xbox. And so Microsoft has just announced the arrival of a revamped game bar called (provisionally) the Controller Bar. This new bar opens automatically when you connect an Xbox controller to your computer (or when you press the summon button, or the shortcut keyboard key Win + G) and allows us to see a list of the games we have played recently, as well as the launchers that we have installed on the PC, such as Steam, GOG, uPlay, Origin and more.

To start using this new Game Bar, what we have to do is download the app from Xbox Insider Hubjoin the program windows-gamingand download version 5.722.5022.0 (or higher) of the Xbox Game Bar from the Store.

Another important novelty, and that will surely go unnoticed, is that, as of today, Windows 11 Pro will require a Microsoft Account in the initial setup process, further eliminating the ability to create local accounts. Of course, this will only happen when we configure Windows for personal use. If we choose the Work or Education options, we will still be able to create an offline account.

Finally, remember that in the previous build Microsoft already removed the watermark from the bottom right corner of the screen. The company indicates that this does not mean anything, although in reality we all know what it means: that the RTM is close.

In addition to these new features, Microsoft has taken advantage of the new build 22616 to correct some known bugs in the operating system. One of the most important, introduced in the beta last week, is related to the system tray, and it prevented us from showing the dropdown with the hidden icons next to the clock.

Errors pending to be corrected

In addition to all the bugs that Microsoft just fixed, the company has updated the list of pending bugs that need to be fixed before the next OS update is released. And this list, the truth, surprises:

As we can see, build 22616 is a very stable update. Except for the two errors of the live subtitles, Microsoft has no more problems reflected for this new version of the operating system.

The next Insider update, likely to arrive next week, will fix these two bugs, and a few more that may show up during testing of this new OS beta. And from there there are two paths: either Microsoft releases the RTM of the first major Windows 11 update, or puts the “beta” on hold and starts working on the Dev branch again.