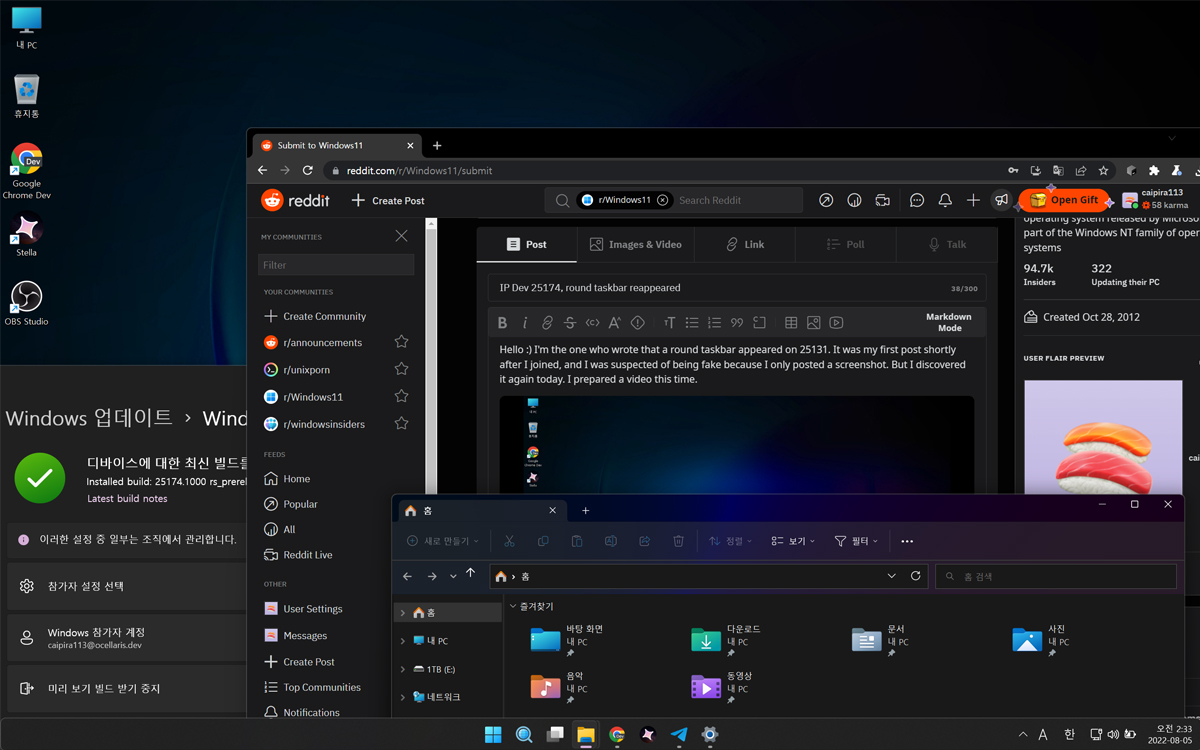 Share
Facebook Twitter LinkedIn Pinterest
A screenshot of the latest build of Windows 11 has wreaked havoc on the dedicated Reddit forum. User u/caipira113 has indeed shared an image where you can see rounded edges on the taskbar. However, he also claims that these disappeared after restarting Windows Explorer via Command Prompt. Since then, the other members have been investigating.

It seems that Microsoft has not yet finished with the Windows 11 taskbar. Lately, the Redmond firm has been chaining new features and tests in the latest Insider builds of its operating system. We have thus been able to see the appearance of new Widgets, new search options, and even a very practical feature for those who like to open a lot of applications at the same time.

And it doesn’t stop there, according to a series of screenshots shared by u/caipira113 on Reddit. On the latter, we notice that the corners of the taskbar are rounded. The user explains that these appeared after the installation of build 25174, but that he observed them for the first time with build 25131. According to him, this is a feature implemented by Microsoft since the Rounded corners were still there after updating its graphics drivers.

Microsoft wants to round the corners of the Windows 11 taskbar? Not so sure

That being said, there is room for doubt. Indeed, u/caipira113 admits that after restarting Windows Explorer with the command prompt, the rounded corners finally disappeared. Therefore, other members of the forum say they are skeptical. Some mention, for example, the use of RoundedTB, a third-party utility well known to customization enthusiasts and which allows, as you will have understood, to round the corners of the taskbar.

On the same subject — Windows 11: the new taskbar is available in beta, here’s how to activate it

This hypothesis would explain in particular why restarting Windows Explorer would have canceled the effects of the utility. For his part, u/caipira113 claims not to have falsified his screenshots, adding that he has no reason to lie to Internet users. In other words, impossible for the moment to disentangle the true from the false in this story. After all, those rounded corners would correspond with the new design of Windows 11, which would explain Microsoft’s potential decision. Case to follow.