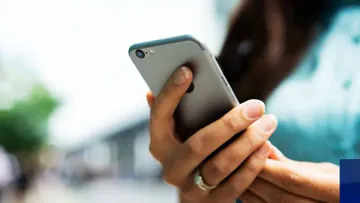 Share
Facebook Twitter LinkedIn Pinterest
Tech News Desk- There are many tips and tricks on the internet to steal a smartphone, but there is one trick that very few people know about. In this way the smartphone can be tracked with the help of smartwatch. Using this trick, a woman from Gurugram found her stolen smartphone. Along with this, she has also brought back her mobile by dodging the thieves. The incident took place in Gurugram’s Sector 23 on the evening of August 28 and the police had registered a case in the matter on October 3. Actually, a 28-year-old woman working in a private firm went grocery shopping for household items on the evening of August 28. Went to the shop. When the woman was scanning the UPI PIN from her mobile to give money, then a man snatched it. His mobile and ran away. The woman raised an alarm but the young man ran away. After this the woman herself started searching for the accused.


The mobile was connected to the woman’s smartwatch, from which she was able to trace the mobile. The location of the mobile was also visible nearby, so the woman started following him. Many times the snatcher got out of the hands of the woman, but around nine o’clock in the night in a street of Sector 23, the snatcher was seen sitting on the bike, he was trying to do something in the mobile. Took the job and hid from behind and hit the snatcher’s head, due to which the phone fell from the hands of the accused, suddenly the accused panicked in front of attacking and seeing the woman and left the phone there and ran away. After which the woman came home and gave a written complaint to the police the next day. According to the information, the accused was trying to transfer the amount of 50 thousand from mobile to another account through UPI. The woman was worried that all contact with the phone would be lost, and she herself followed when the location appeared nearby. At present the police is looking for the accused. The names of the smartphone and smartwatch are not known.

regardless of the operator, your mobile and Internet plan will soon be more expensive

Tesla CEO Musk said – If Google-Apple removes Twitter from the App Store, they will make their own smartphone