With which Xiaomi and Redmi phones is the Xiaomi Mi Smart Band 6 compatible? 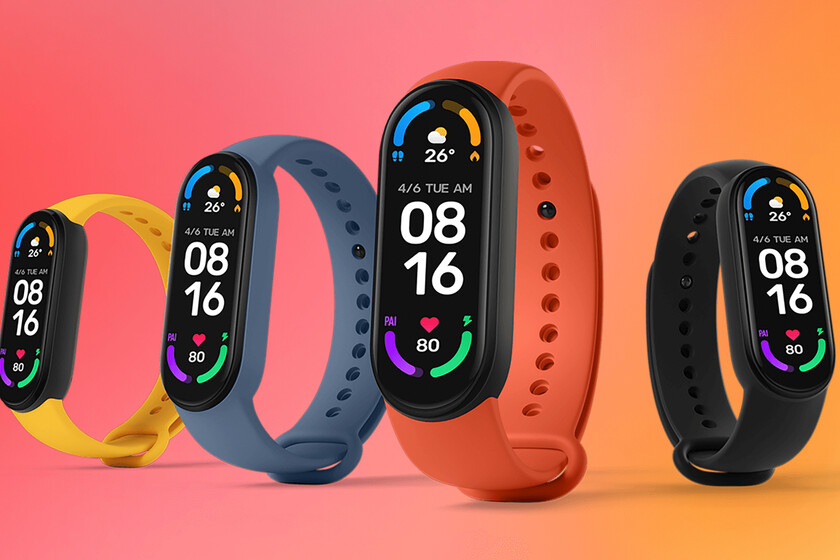 Share
Facebook Twitter LinkedIn Pinterest
You only need to look back to see that the Xiaomi Mi Band 6 is one of Xiaomi’s best-selling activity bracelets. And probably one of the most common questions about her has to do with what phones is supported, and if yours is on the list. Go for it!

In itself, Xiaomi does not have an official list that talks about the specific devices with which the Xiaomi Mi Band 6 is compatible, but there are a series of minimum requirements that must be fulfilled so that the smart bracelet can work properly.

Contents hide
1 The operating system, an essential requirement
2 Is the Xiaomi Mi Band 6 compatible with the iPhone?
3 What about the Xiaomi Smart Band 7?

The operating system, an essential requirement

These requirements are not imposed directly by the bracelet, but by the app My Fitness (better known as Mi Fit), which is responsible for both devices understanding each other.

The Android version that Mi Fitness requires is Android 6.0 or later and, in the case of Apple’s operating system, iOS 10 and iPadOS 10 or higher. And if you want to know what the Android version of your device is, you must follow these steps:

On iPhone iOS, the steps are very similar. You must go, within the ‘General’ section, to ‘Information‘. There you will also find the version of iOS that your iPhone uses.

The truth is that regardless of whether or not it complies with certain version of an operating systemand that it has Bluetooth connectivity, the rest of the factors do not matter when connecting to your smartphone.

Is the Xiaomi Mi Band 6 compatible with the iPhone?

Many iOS users They wonder if the Xiaomi Mi Band 6 is compatible with their Apple mobile. As we have said before, the truth is that yes, the Xiaomi Mi Fitness application can be downloaded from both the Google Play Store and the App Store.

The only difference is found in the number of applications with which the bracelet is compatible when receiving notificationssince while on Android they can all be read, on the iPhone they are only some of them.

In any case, in this list are the main instant messaging applications, so if they call you or send you a message, you will know.

What about the Xiaomi Smart Band 7?

A few months ago the new version of this activity bracelet was released, the Xiaomi Smart Band 7, which includes some improvements such as the small increase in battery or a slightly larger screen.

The truth is device compatibility between one and the other has not changedand those mobiles with which the Mi Band 6 was compatible are also compatible with the Smart Band 7.

As you can see, there is no difference between Android or iOSand neither between Mi Band 6 or Smart Band 7so as long as your device meets the minimum requirementsyou do not have to worry.

A new address has been determined for the pit! Here is the release date for…

watch out for 8K models

The European Union, in your energy saving plan, you want less brightness or lower consumption…