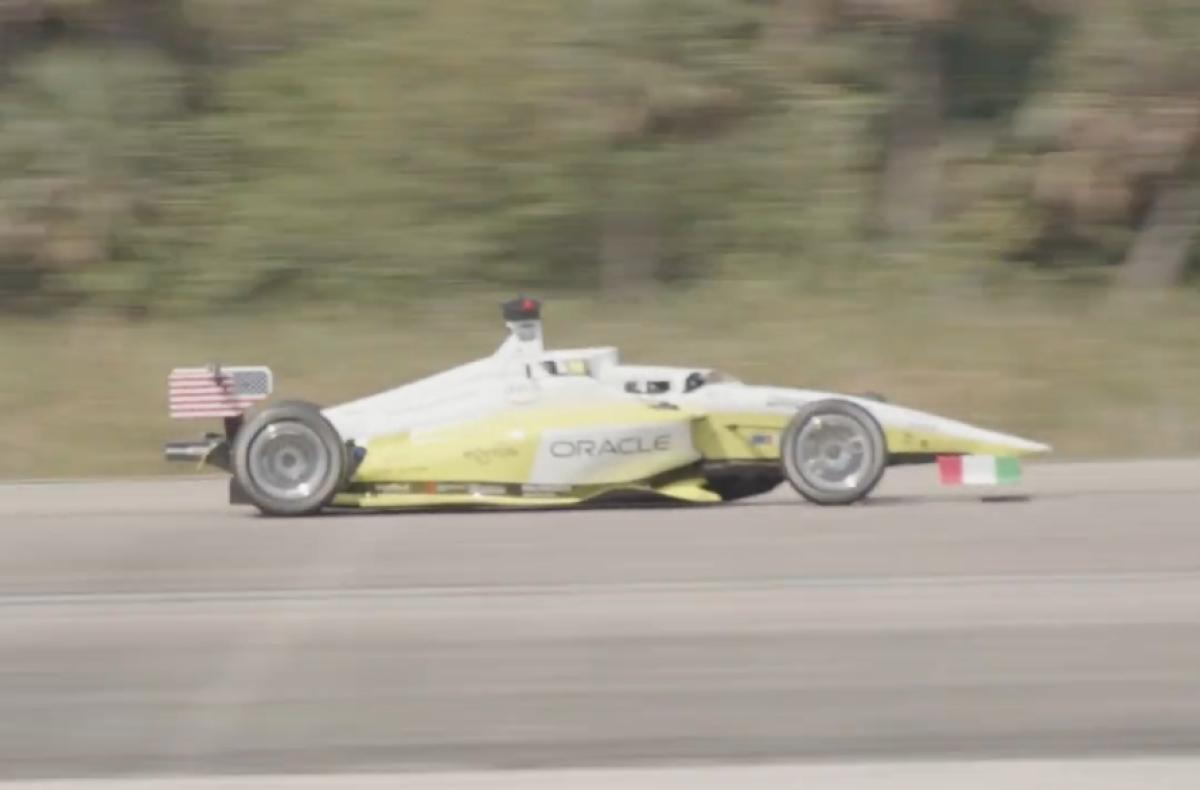 Indy Autonomous Challenge it is an autonomous vehicle competition Hosted by Energy Systems Network. University teams from around the world compete in a series of challenges to advance technology that can accelerate the commercialization of fully autonomous vehicles.

These competitions are a platform for students to excel in Science, Technology, Engineering and Mathematics (STEM).

One of the challenges was break the world speed record for a self-driving car. The PoliMOVE team from the Polytechnic University of Milan, together with the University of Alabama, modified a Dallara AV-21 autonomous racing car to break the record, leaving it in 309.3km/h. You can see it in this video:

The record was broken on the legendary Kennedy Space Center runway in Florida, the same runway where NASA’s long-awaited space shuttles landed.

As we see in the video, the Dallara AV-21 progressively accelerates autonomously, until approaching 310 km/hthe maximum speed reached so far by a vehicle without a driver.

It may not seem like anything out of the world for a car to accelerate in a straight line, but there is a lot of programming work behind it. Especially in the case of university students, and not professionals.

Buy a drone in 2022: guide, advice, legislation and best models to start

On October 23, 21 universities from around the world formed 9 teams to compete in different self-driving car programming tests. The victory went to the car of the Technical University of Munich. He took home a million dollar prize.

We are not very clear that, in the future, an Indy or Formula 1 race with autonomous cars only have the same success as a race with human pilots. But as we say, the objective of the Indy Autonomous Challenge is to develop new software and technology for conventional autonomous cars, not to compete.