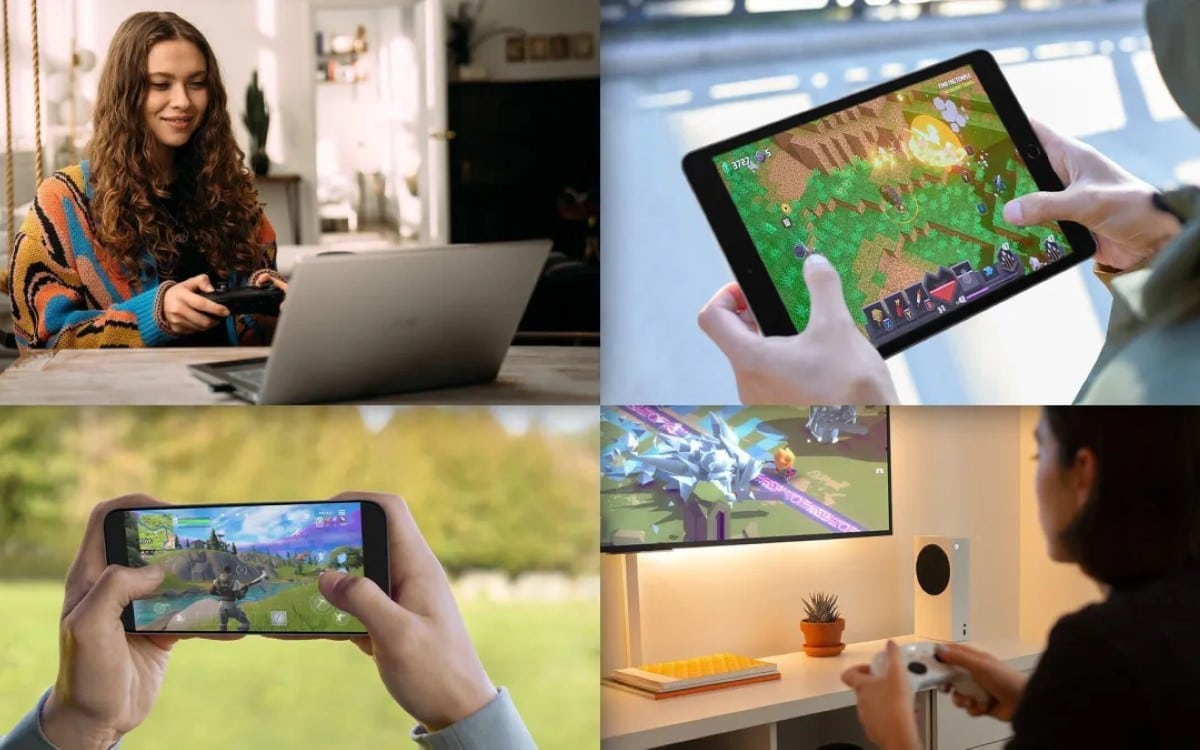 Share
Facebook Twitter LinkedIn Pinterest
Microsoft is opening up XBox Cloud Gaming to more and more devices. The company announced yesterday that its platform is now compatible with PCs with ARM processors. That’s good, some computers in the newly announced Surface range are equipped with it.

In addition to formalizing its new range of Surface PCs, the Surface Laptop 5, Surface Pro 9, and the Surface Studio 2+, Microsoft also announced the compatibility of its video game streaming service, Xbox Cloud Gaming, with PCs running ARM processors. This announcement primarily concerns the brand’s own computers, namely the Surface Pro X, but also the all-new Surface Pro 9, which is powered by a Microsoft SQ 3 processor developed in collaboration with Qualcomm.

Smart TV from Samsung, Windows, smartphones under Android or iOS, tablets under iPadOS, Steam Deck and now PC running under ARM processor. The list of systems compatible with xCloud continues to grow and at this rate, all connected devices in the world will be able to run xCloud. As their blog post points out, Xbox Cloud Gaming is accessible in 28 countries on five continents to a billion potential customers.

The will of Microsoft could not be clearer: “at Xbox, our mission is to allow you to play the games you want, with the people you want, on the device of your choice”. Netflix in VOD or Spotify in music streaming, like these now ubiquitous platforms, xCloud is making itself indispensable by opening its service to all possible and imaginable devices. The figures do not lie, Microsoft crushes the competition with its 10 million subscribers. And the announcements follow. Yesterday, the company announced a partnership with Google, yesterday’s enemy, which has abandoned its ambitions in video games. The owners of Chromebooks will also be able to take advantage of the XBox Cloud Gaming beta.

Gaming purists will always prefer to play on their game console or on a PC equipped with a GeForce RTX 4090 capable of displaying Overwatch 2 at 500 fps, for example. Ordinary people rarely need such processing power, and that’s the whole point of cloud gaming. All the most demanding calculations for the graphics card and/or the processor are delegated to the remote servers of the streaming platform. When you know that a game console like the PlayStation 5 is sometimes impossible to find and that a PC dedicated to the game can cost well over 1000 €, the amount required to enjoy hundreds of games in the xCloud seems like a quite modest blow.

The brand new Renault R12 Taurus is finally on sale! The price is 650 thousand TL including taxes!