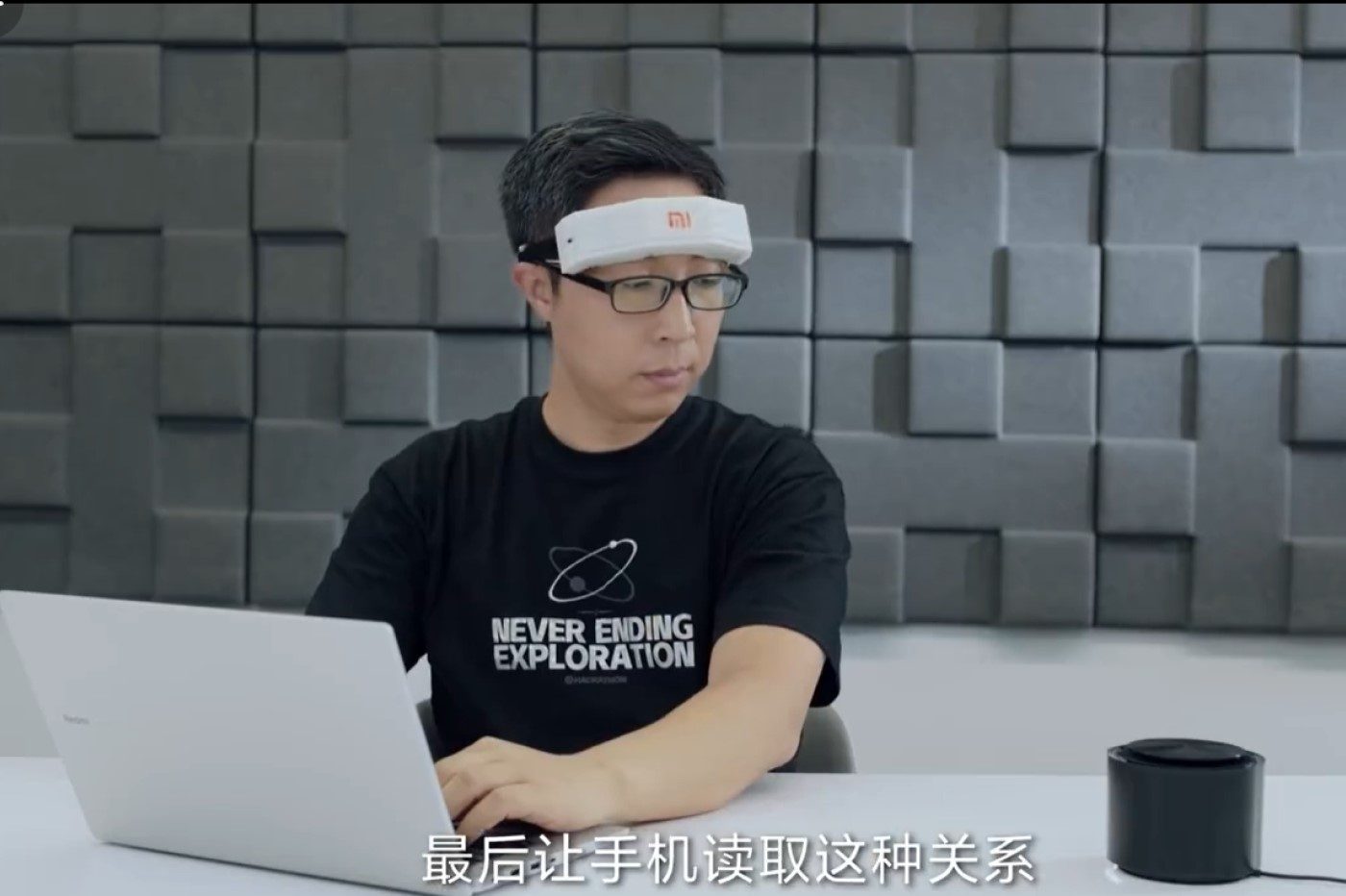 Share
Facebook Twitter LinkedIn Pinterest
Xiaomi is best known for its smartphones, but the Chinese brand is also interested in other areas, such as urban mobility, automotive, or home automation. And precisely, in terms of the connected home, the manufacturer has just unveiled a prototype which, if it were transformed into a commercial product, would make it possible to control electronic devices by thought.

Specifically, it’s a connected headband called MiGu. His presentation was made on Xiaomi’s account on the Chinese social network Weibo. According to the explanations of the Panda Daily media, the project won first prize in a hackathon organized by the company.

While allowing devices to be controlled by thought, the prototype would also serve to control user fatigue. But how does it work? In essence, the MiGu headband would pick up electrical signals at three points, which would capture an EEG or electroencephalogram.

And it would be these signals that would be exploited to generate commands for electronic devices. Panda Daily also explains that since the signals are different for each person, the MiGu headband would need a training phase, which makes it possible to match the signals to an idea. After this training, which is done manually, the device would be able to associate a signal from the brain, recorded by the sensors, with a specific action.

Obviously, at the moment, since it is still only a prototype or even a concept, it is not known if Xiaomi could actually launch the MiGu later. In any case, the Chinese brand will have an interest in reviewing the design so that it is less bulky.

It should also be remembered that Xiaomi is used to presenting futuristic technologies that take time to arrive on commercial products. Among these ideas, there is, for example, wireless and contactless charging, which is still not available on the brand’s products.

Contents hide
1 Soon you will be able to control everything by thought
2 Newsletter 🍋 Subscribe, and receive every morning a summary of tech news in your mailbox.

Soon you will be able to control everything by thought

In any case, the idea of ​​controlling electronic devices by thought, without having to press a button, is not new. For example, Meta, Facebook’s parent company, is working on a similar feature.

In 2019, Meta acquired the company CTRL-Lab, which has developed a technology allowing to control electronic devices by thought, thanks to the reading of small signals at the level of the wrist. In essence, instead of pressing a button, for example, you can only think about doing it, which will send signals to your hand. And it is these signals that are read and then transformed into commands.

Andrew Bosworth, Meta’s AR/VR project manager, explained: “You have neurons in your spinal cord that send electrical signals to the muscles in your hand telling them to move in specific ways, like clicking a mouse or pressing a button. The wristband will decode these signals and translate them into a digital signal that your device can understand, giving you control over your digital life. It records your intention so you can share a photo with a friend using an imperceptible motion or just intending to. »

This project could later be used by the group to serve as an interface for its virtual reality and/or augmented reality headsets, which are the gateways to the metaverse.