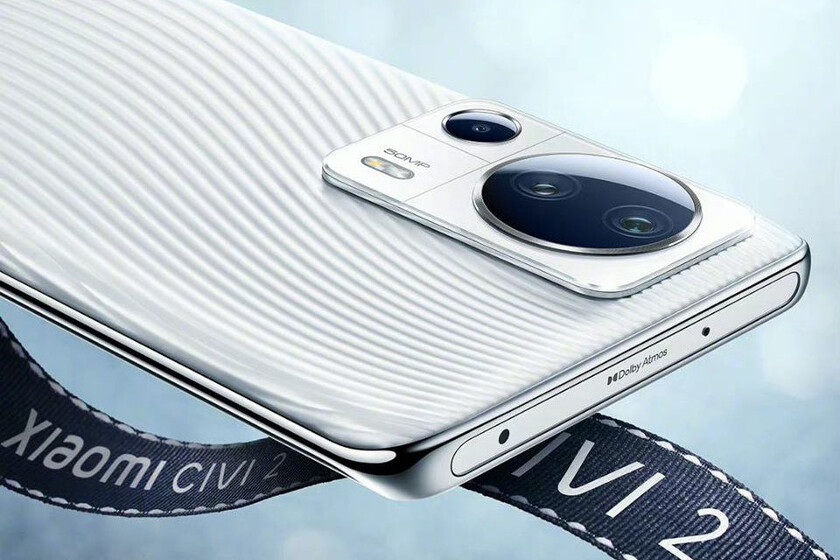 There have been several months of rumors about this device, which seem to have finally come to an end. Xiaomi has just made the launch date of the new Xiaomi CIVI 2 official, a device that we will be able to know next September 27 at 8:00 AM in Spain although, as you know, the phone (for now) will be launched only in China.

In fact, Xiaomi itself has already shared with us the first official image of this terminal revealing the complete design of its rear part, an aesthetic that has surprised us since it reminds us (and a lot) of a competing device that has a fairly similar rear design and that we detail below.

This is the new Xiaomi CIVI 2, the mobile that focuses everything on design

As you can see in its first official image, the new Xiaomi CIVI 2 is quite familiar to us. And it is that in addition to the internal shapes that its glass cover has, the smartphone presents a camera module where we have a main lens that houses two camerasa design that greatly reminds us of what Huawei presented us with its P50 a few months ago.


In fact, thanks to this image it has been confirmed that the device will have a triple rear camera setup with 50 MP main sensora change that seeks to improve the quality offered by its previous generation, which had a 64 MP sensor as the spearhead, although we already know that megapixels are not everything in photography.

Out of everything that we have told you, we have to use the rumors that have been emerging over the last few weeks to discover its specifications. Among them, we find a Qualcomm Snapdragon 7 Gen 1 processor, up to 12 GB of LPDDR5 RAM and 256 GB of UFS 3.1 storage, 6.56-inch OLED panel with 120 Hz refresh rate, and so on.

Surely in the next few days Xiaomi will continue to confirm more information about this mobile, but what we can already confirm is that the next September 27 we have an appointment with the Chinese firm to meet its new Xiaomi CIVI 2, a terminal that we hope will end up arriving in Spain to enjoy it as soon as possible.

A human-flying drone has arrived, 30 km in 30 minutes. will travel

should we focus on consumption, autonomy or recharging? Here are our tips

What if the most interesting electric vehicles were not those with the greatest possible range?…