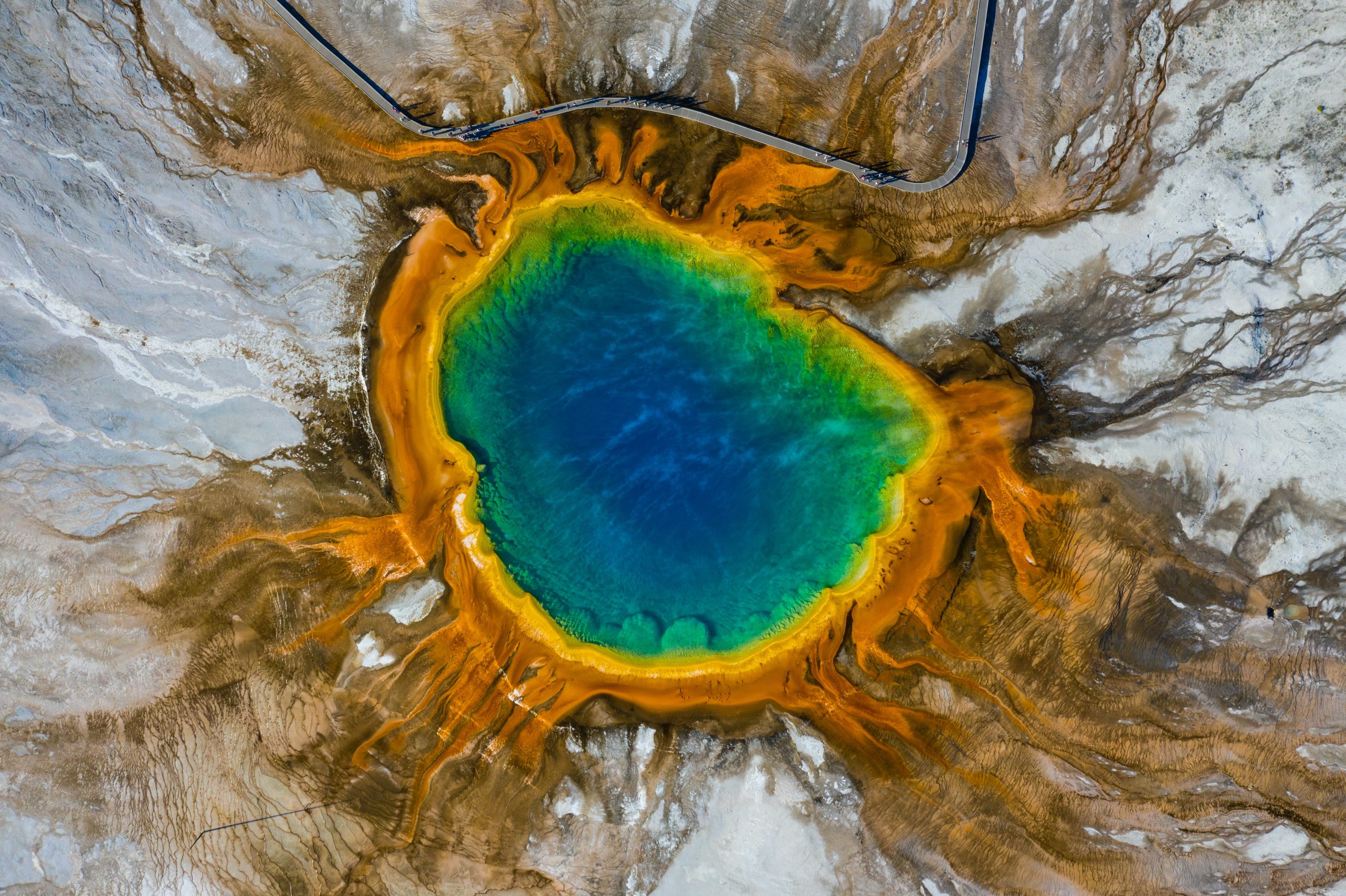 The yellowstone supervolcano, in the United States, has been the subject of news several times in recent years. Especially when talking about the deadly consequences that its potential eruption would bring, which more than once has been said to be comparable to those of the meteorite that wiped out the dinosaurs. But beyond the fatalisms, a new scientific study showed that the caldera located in Yellowstone National Park harbors a greater amount of magma in a liquid state than previously thought.

This is confirmed by the work of a group of researchers, which was made known at the beginning of this month through Science. He explains that there is a greater amount of molten magma in the upper reservoir of the Yellowstone supervolcano than originally believed. The results obtained showed that between 16 and 20% is in a liquid state, when the previous estimate was around 10%. But be careful, this does not mean that the amount of molten magma present in the place has increased in recent years. On the contrary, information that already existed and was inaccurate has been corrected.

To reach this conclusion, the scientists decided to analyze 20 years of data from the Yellowstone supervolcano. Thus, they proposed applying new tools to refine the previous conclusions and give them a better context. What they did was take a recording of two decades of seismic noise from the site—created by human activity, winds, and distant ocean waves—and used supercomputers to get a more accurate look at the journey of seismic waves.

Contents hide
1 A new technique on already available information
2 Is the Yellowstone supervolcano more dangerous than before?

As the researchers explained to The New York Timesthe new technique applied to an existing information base allowed leave behind the oversimplification of traditional study methods. It is that, previously, seismometers on the ground were used to identify magma deposits, by monitoring earthquakes.

Since seismic waves travel slower when they encounter deposits of partially molten magma, the time required to pass through them is calculated to determine how much is in a liquid state. The problem with this modality was that the scientists did not take into account that not all seismic waves traveled directly to the seismographs. Therefore, those who did it in other directions they were not captured and they did not appear in the final representation.

That is why it has now been determined that there would be up to twice the liquid magma believed to be in the Yellowstone supervolcano.

Is the Yellowstone supervolcano more dangerous than before?

Not necessarily. While the Yellowstone supervolcano deposits harbor more liquid magma than previously thought, they do not pose an extra eruption hazard. It is that, although the chances of a boiler explosion are now closer than before, they are still far from risk levels.

According to scientists, the Yellowstone supervolcano should have between 35 and 50% of its reserves of molten magma to start producing eruptions. And it’s not something that’s going to happen right away.

Let us also remember that in recent years there have been periods of significant seismic activity in the area, without this representing a danger. In May 2020 alone, for example, almost 300 earthquakes were recorded in the Yellowstone supervolcano region, and there were no major issues. While in 2019 it was discovered that some earthquakes recorded between 2017 and 2018 were actually aftershocks of one from 1959.

The Yellowstone supervolcano was formed by three supereruptions. The first occurred 2.1 million years ago, while the last was 640,000 years ago. In addition, it is estimated that the last eruption occurred in the caldera to date dates no less than 70,000 years.