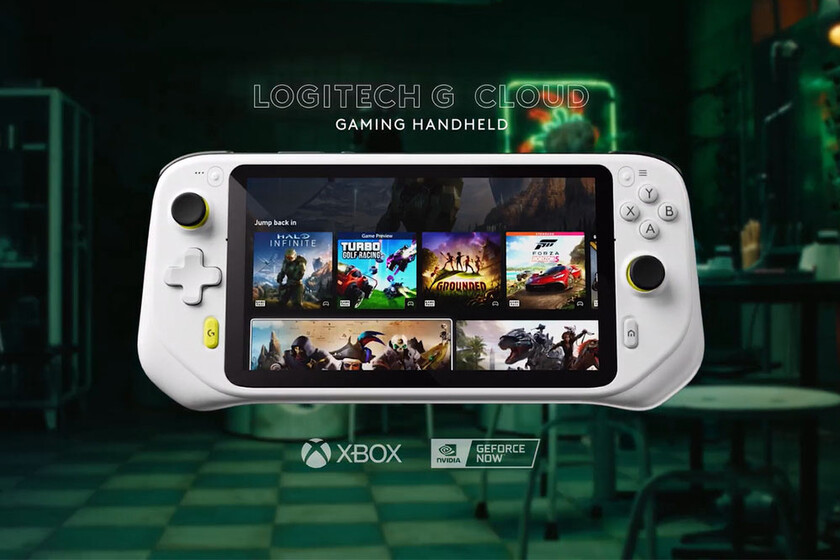 Share
Facebook Twitter LinkedIn Pinterest
Last August the manufacturer Logitech announced its alliance with the giant Tencent to launch a new portable game console on the market, which weeks later would end leaking from the hand of Evan Blass. Well, a month later, Logitech makes its new portable console official.

Logitech G Cloud is the newest of the new portable video console that comes directly to the manufacturer’s range of gaming products, with a model that, as its name indicates, is designed for cloud gaming.

A console focused on cloud gaming

the laptop Logitech G Cloud comes as an alternative to Steam Decklooking for those gamers who are content to play games in the cloud, since the machine based on Android 11 with Google Services You can only install Android games, while with the power of the cloud it allows your players to enjoy Android games on their 7-inch FullHD screen. Xbox GamePass Y Nvida Geforce Nowthe two streaming game services with which the manufacturer Logitech has partnered for the launch of its portable console, but surely through google play can also be played with Stadia. In addition, it also allows you to play games on your PC with steam link.

Inside the Logitech G Cloud we find a mid-range processor released in 2020, the Qualcomm Snapdragon 720G, so the machine will be just right to run the most demanding Android games. It has 4 GB of RAM and 64 GB of internal storage that can be expanded with external cards.

The laptop only has WiFi and Bluetooth connectivity, in addition to a headphone jack. It does not have 5G connectivity, so to play in the cloud we will depend on a good WiFi connection. In terms of autonomy, its 6,000 mAh battery promises the 12 hours of cloud play.

Logitech so far it has only confirmed the launch of the Logitech G Cloud in the USAwhere reservations have already been opened at the promotional price of $299.99. At the end of the offer, its price will be $349.99. The laptop will hit the market next October the 17thbut it is unknown if it will also reach more countries.

with HDR10+ and good connectivity

It is becoming easier to find more and cheaper 55-inch Smart TVs. One of the…