YouTube will be closed! The company made a big announcement 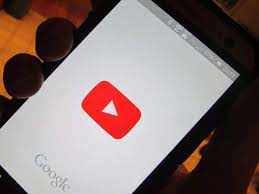 Share
Facebook Twitter LinkedIn Pinterest
Tech News Desk – The YouTube Go app for Android smartphones is now being discontinued. Announcing this on Wednesday, YouTube advised all YouTube Go users to use the regular YouTube app on their devices. According to the latest post, YouTube Go will be available till August this year. YouTube Go was launched in 2016, when Google wanted to run the popular streaming app on low-end devices without commenting, creating content, or switching to dark mode. It was also targeted at markets like India where connectivity is a challenge. And now that comments have become an integral part of YouTube, the platform thinks it’s time to kick off its Go version for users. Time is of the essence. Another big reason behind launching YouTube Go was to help people spend a lot of data, which goes a long way with video streaming. Data was also very expensive during that time. But YouTube says it has started tweaking the main app to make it accessible on entry-level smartphones available in the market.

Since all those issues have been resolved, it’s worth closing YouTube Go and focusing on keeping the main app stable and improving its performance. The YouTube Go app is also a part of the Android Go ecosystem, and YouTube hasn’t talked about that aspect of the Go app, so it will be interesting to see if Android Go smartphones will get a version after August this year. The Android Go platform was created so that you can have a smartphone with 1GB or 2GB of RAM, which has become a rarity these days. The software was also tuned to run lightweight apps that don’t take up much space on you.