YouTube with 5.1 sound begins to be available on some Smart TVs, PS5, Chromecast and Apple TV 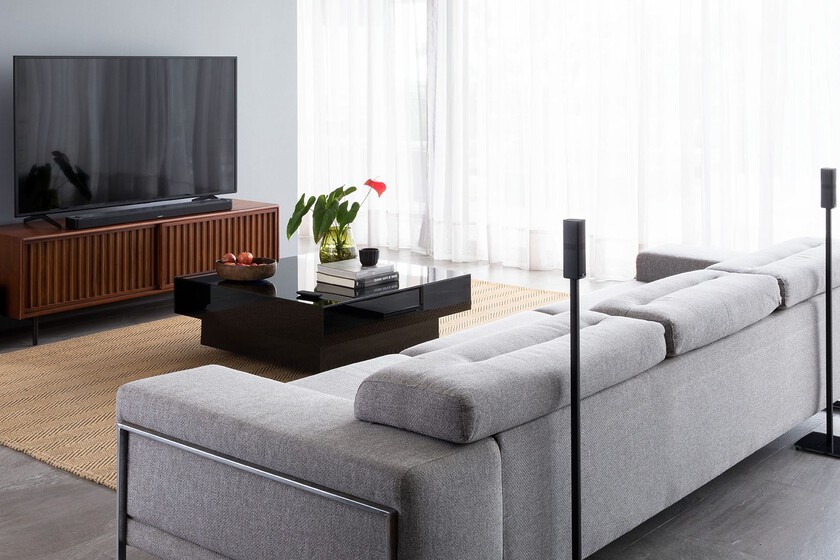 Last spring, YouTube announced that they were working to finally offer 5.1 surround sound in its on-demand television service YouTube TV, an option that was to be expected could also be extended to the free streaming video service where it would be possible to access content with this multi-channel sound format.

5.1 surround sound was originally available in testing on a few models of Smart TV from Samsung, LG and Vizio and even on the Google Chromecastalthough as announced on their Twitter accountthis improvement would be extended to more platforms over the months.

These changes were reflected in a new version of the application for smart televisions on Android devices that carried the number 6.11.2 and that was being tested to see its compatibility and stability when playing multichannel sound codecs. Now it seems that the tests continue on the right track and as it has begun to appear on different specialized portals and even on some YouTube channels, the Multi-channel audio with different Dolby Digital formats is starting to hit YouTube.

For example, in the channel specialized in trailers and fragments of 4K movies Clips And Trailers they have made an interesting video in which the reproduction of 5.1 sound from YouTube on a Sony TV with Android TV.

In the playback statistics you can read the sound codec used, which is “ec-3” (although they state that in other cases it appears as “Dolby Digital Plus”) and as can be seen in the screenshots, in the configuration menu where we can select the resolution it is also possible enable or disable this 5.1 sound.

From other media such as AV Pasión they have also confirmed that it is already accessible on computers with Android TV and Google TVand they have tested it on state-of-the-art Panasonic televisions and on LG Smart TVs.

We still do not know if the rest of the teams will incorporate the option or when they will, although on the YouTube support website we can read the following:

This setting will only appear on videos and devices that support the 5.1 surround sound. On YouTube, this feature is supported by all 4K TVs from 2021 and later, Chromecast with Google TV, PlayStation 5 and Apple TV. Many TVs from 2020 and earlier may also support surround sound. Please contact the device manufacturer to see if your device supports the 5.1 feature on YouTube.

In addition, to be able to view content in this format, it is first necessary that the video was originally recorded and uploaded to YouTube with 5.1 soundhave a compatible television and/or a sound system capable of decoding Dolby Digital audio such as an AV receiver or sound bar.

At the moment, it is also missing the company makes the official announcement of this interesting functionality that will undoubtedly change the way we see content through its streaming service.

what are its characteristics, differences and prices

To use them, you just have to go to the themes section, choose the one…

The soap opera of the “failed” takeover of Twitter continues. Elon Musk has indeed, according…

This Google Maps map tells you what your neighborhood is really like: posh, hipster, humble…

Hoodmaps try to offer a useful view of neighborhoods around the world, but it could…

Do not miss it! These are the best Marvel movies according to IMDb