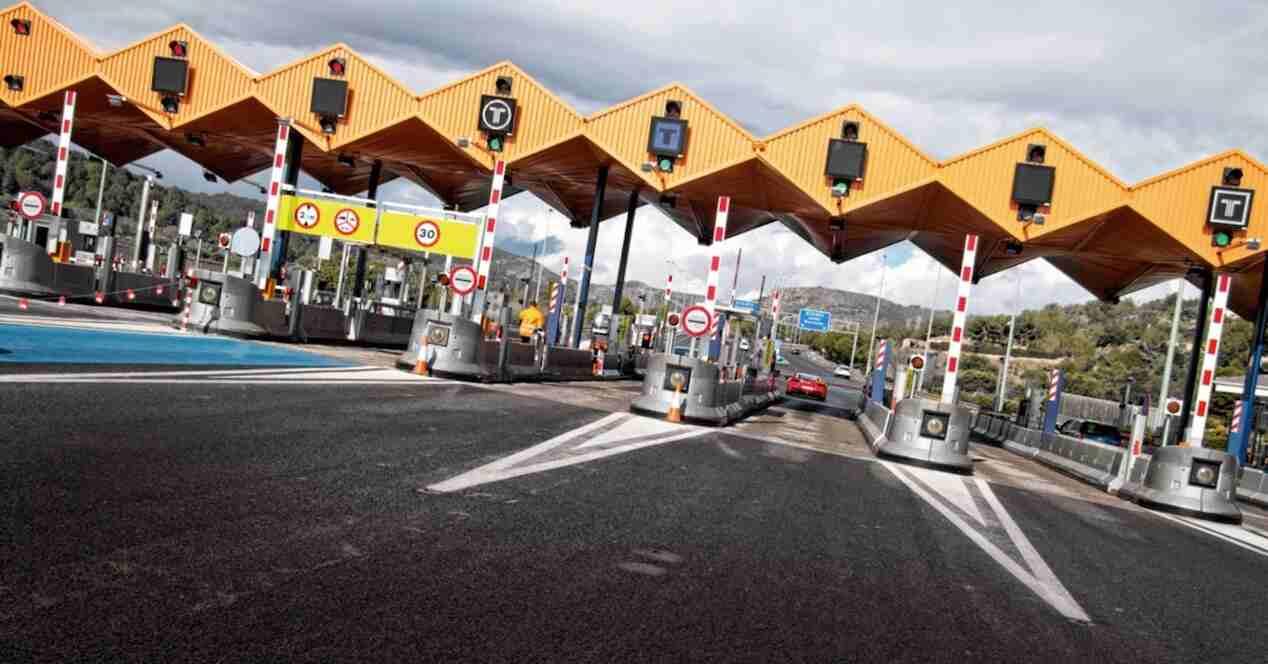 Share
Facebook Twitter LinkedIn Pinterest
In 2021, the Government presented the Recovery, Transformation and Resilience Plan to the European Union. This, among other measures, included making the Spanish motorway network pay and, despite the fact that it has not yet become a reality, everything points to the fact that it will be in 2024 when tolls are applied on the roads of Spain . But depending on the case, there are drivers who can get away with paying for it.
Contents hide
1 A new toll system for 2024
2 Which drivers will be able to get rid of paying
2.1 For the rest the cost could be 1 cent/km traveled

It is true that the measure was not well received among the vast majority of drivers, who are already up to their necks in water between the prices of fuel and inflation. However, the payment for highways seems to be taking shape after several European countries have already resorted to it.

As such, this is one of the reforms that Spain committed to with Brussels through the Recovery, Transformation and Resilience Plan to receive the injection of European funds Next Generation, about 140,000 million euros.

In those, what we have with this plan is that it is being analyzed to see if a vignette system is adopted, with which a fixed amount is paid per year to be able to circulate, or tolls, which will depend on the distance traveled. in every moment. The scope of the road network to be priced will also be studied, whether they are only the state highways or also the regional ones (so as not to create territorial grievances) or even any road, as well as the possible fiscal progressiveness so as not to harm the most vulnerable. And there, there are cases where, due to the circumstances of the drivers, they may get rid of paying these tolls on Spanish roads and highways.

Which drivers will be able to get rid of paying

Knowing that the population will instinctively reject the new toll plan for driving on these roads, the Government has ensured that the prices for the use of highways will be completely affordable, and these prices have sometimes been referred to as ‘symbolic’. However, an indicative price has not yet been put in writing, although everything points to it being about ten times lower than the current price of toll motorways.

In theory, this ‘symbolic’ price is intended to have a positive effect on the current deficit of Conservation and maintenance of the roads. Thus, it has been the DGT itself that has shown which drivers will be free to pay road tolls in 2024, if the measure is finally approved.

According to the Director General of Traffic, Pere Navarro, “there would be a series of cases and circumstances in which said toll would not be paid, ”said the general director of the road agency. These cases would correspond to the following:

For the rest the cost could be 1 cent/km traveled

All other vehicles must pay to use the Spanish highways and motorways. Although the exact price that will be imposed to travel the new toll roads is not known, the latest information indicates that the cost will be 1 cent for each kilometer route.

Today we can only be guided by these estimates, but we will have to wait a while until we know the final proposal. It will do this because the Government itself estimates a collection for the State of 3,000 million euros by applying a payment for using the highways.

As we say, the payment systems that could be implemented are the vignette or the toll. The bullet point is a kind of flat rate that would cover a time of use (weekly, monthly or yearly), while the tolls either payment per use would charge for circulating on a specific road or section.

Ant expenses in digital: How much do you lose and how to avoid them?

which operators offer them, how much they cost and what they include

These are the 5 most common scams on TikTok. Do you know them?