After having two Nexus, I have tried my first Pixel and I am clear that Google has hit the key 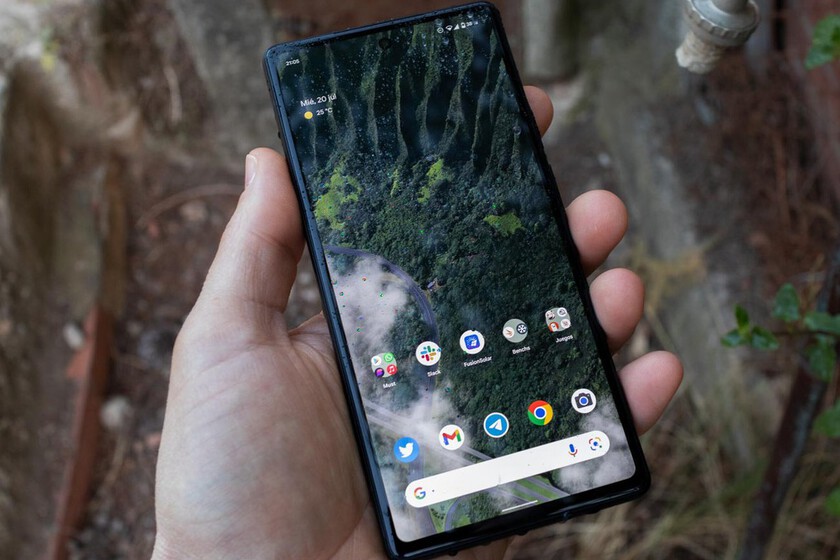 Share
Facebook Twitter LinkedIn Pinterest
I’ve always liked Google phones. I remember with great affection those Nexus 4 and Nexus 5 with which the Mountain View company democratized pure Android, with hardly any tweaks. It was a time when the customization layers of the big manufacturers weighed down the Android experience if you were an enthusiast of this operating system.

I was a user of those two big G phones, but over the years I have been trying different brands that have offered me a very good experience. Currently, talking about pure Android is complicated because Google itself customizes the software of its new devices, the Pixels. There are still some phones with software close to it, but I have returned to Google with a Pixel 6a. The change could not have been better.

Contents hide
1 The benefits of the Pixel software: Material You, apps and functions
2 Waiting for new updates is not my thing: with the Pixel I don’t have to wait any longer

The benefits of the Pixel software: Material You, apps and functions

As I said earlier, Google’s Pixel phones don’t carry pure Android as such. But they stay close. Google, as the main developer of this mobile operating system, has added many interesting features, and continues to do so. When the Nexus were created, they were a guide for the rest of the manufacturers. They were a base to show how a phone should work, in addition to laying the foundations for the design of the system and its apps. From there, Material Design was born, which later evolved into Material You.

However, with the creation of the Pixel range, Google wants to differentiate itself from other manufacturers, offering new functions around its services. Hence the need for add software enhancements like other manufacturers do. And I can’t be happier. The integration with all Google apps is amazing: I use a lot of Google apps and their widgets, which make my life easier.

An example of the additions in the Pixel’s software is instant translation, or audio transcription. But for me, the most important thing is the user experience handling my new phone. Yes, we have many extra functions and Android is not as pure as before, but I also appreciate it, I notice a more polished and complete software than in the Nexus range. I can customize the system to my liking, adapting it to my needs. The ‘machine learning’ also helps, the phone learns from my use. Best of all, it retains its agility. I notice a fast and fluid system despite not having a refresh rate higher than 60Hz in 2022. The animations are beautiful and everything moves quickly. Switching between apps in view is a delight with gestures, and copying text is a breeze. In addition, taking screenshots and editing them is another task that Google makes easy for us. In the open apps view, I have a button to get a screenshot of the last application I’ve used. I see my multitasking improved with the Pixel, it’s a step forward.

What can I say about the camera? One word, awesome. Google’s camera software works wonders. It doesn’t matter that my Pixel’s sensor is old, performs almost like a high-end. Even the video recording has surprised me with its stability, I love the different types of video recording, it seems that I use a gimbal.

Waiting for new updates is not my thing: with the Pixel I don’t have to wait any longer

As an Android enthusiast, I have always wanted get the latest version of the operating system on my phones. I have been a user of several manufacturers but I have never accepted (yes, I understand) that phones worth hundreds of euros stay stuck on the same version of Android with which they came out. This is unacceptable, and it’s not just for my hobby: running out of security patches or new updates that solve problems is a failure. And all this that I comment does not happen on a Pixel phone. As soon as I opened the box and turned on the mobile, it had three accumulated security patches, thus improving the security of my Pixel. I use applications with private data such as the one from the bank, and I also save my photos in Google Photos. I don’t want my data to be compromised because the manufacturer doesn’t decide to update. And it is that the issue of malware is always present in Android.

When we have among us the new ‘feature drop’ of Android 13, which is still in development, I will be the first to update. It shouldn’t be like this, but it is a luxury to have updates at the time of launch. I was looking for a durable phone with updated software and useful features, the Pixel 6a meets my expectations

In short, my Pixel device works for me (and not me for it), facilitating aspects of my daily lifelike at work. It has been a joy to enter this range of phones and see that what Google was already famous for, fluidity, is still present. But it is that I also have a more capable system with very intelligent functions that improve productivity. I’ve made it to the Pixels and plan to stay for a long time using the Pixel 6a as my primary personal device. I do not regret it at all, on the contrary, I am delighted.