‘After Steve’, the book that tells all the secrets of Apple in recent years 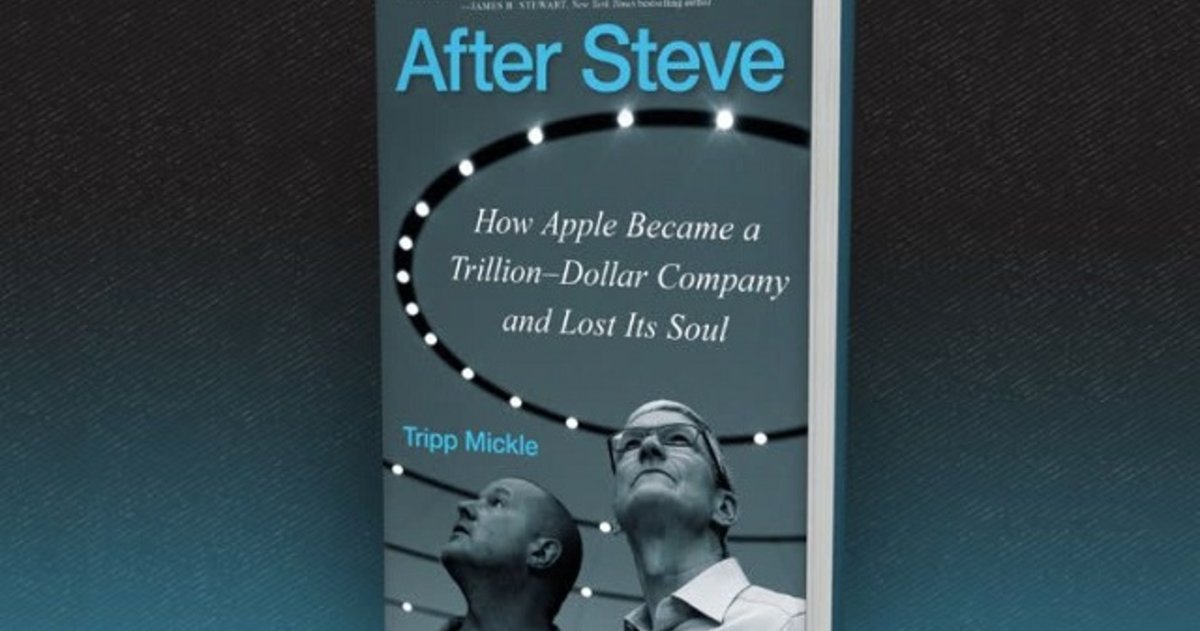 Share
Facebook Twitter LinkedIn Pinterest
Share
Contents hide
1 ‘After Steve’ dares to answer everything about the most controversial events in Apple today!
2 Jobs’ resignation and Ive’s escape
3 The whim of a slim iPhone
3.1 Between doubt and anger
3.2 Autonomous vehicle rolls through Sunnyvale
3.3 the unavoidable departure

‘After Steve’ dares to answer everything about the most controversial events in Apple today!

Finally, many of Apple’s best-kept secrets are out in the open, thanks to the pages of “After Steve”which provide the answer to how Apple became a trillion dollar company in record time. Is about New York Times tech reporter Tripp Mickle’s new worknow available in print and digital version.

the book shares a timeline of the origins and careers of Tim Cook and Jony Ive, Apple’s top decision makers in recent years, not to mention the shipwreck of its pioneers’ ingenuity.

“After Steve” by Tripp Mickle

The author reveals details about Scott Forstall’s final year at Applethe origin of the Apple Watch and key moments in the early development of the legendary Apple Car project.

With that hook that catches the reader, “After de Steve” look back at the last decade at Apple, especially the period from 2011 to 2019, a time marked by the end of co-founder Steve Jobs as CEO, and closes the cycle with the moment in which chief designer Jony Ive leaves the company. Everything to get the narrative up Tim Cook’s tenure as CEO, during which the company exploded in valuedespite the initial stubborn concern triggered by the contagious fatalism of the absence of Jobs’s leadership.

One of the merits of the work consists in make a dense technological network become interesting material for any readerif we start from the fact that the protagonist is so well known, that it makes the task of not tripping over commonplaces difficult

However, those who join that universe will discover details about Ive’s first interactions with Steve Jobs and Tim Cook’s affinity for Auburn college football.

The whim of a slim iPhone

In one of his lines, Mickle writes that iPhone software chief Scott Forstall was “apoplectic” when he determined that it was the hardware and not the software that caused a prototype iPhone 4 to drop calls before “Antennagate “became a public fiasco:

“The most problematic clash occurred with Ive. Back in 2010: Apple was in the final stages of production of the iPhone 4. A prototype issued to Forstall repeatedly dropped calls while he was on the phone. He feared the problem was software related and called the staff to find out what was wrong. After his team found no coding issues, Forstall discovered that the issue was occurring due to the design of the phone. Ive wanted a thinner and lighter iPhone, which he achieved by wrapping his metal antenna around the edges of the device. Forstall was apoplectic. He criticized the flawed design in talks with Jobs and complained that it had been hidden from the software team by him. He bristled criticism at me.”

Between doubt and anger

According to the pages, Forstall favored the development of a product around television. He defended the idea of ​​creating a system that would bring television channels to one place so that people could search for programs with their voice.

The system would also show shows that people regularly watched and related ones they might enjoy. For it to work, Apple needed to be accepted by TV networks, a lengthy process that would be out of its control. With outside pressure mounting, it was up to Tim Cook to decide on Apple’s next move, between Ive’s watch project or Forstall’s TV endeavor.

Forstall was fired by Tim Cook early in the CEO tenure at Apple, and Jony was elevated to software design and with Forstall out and Jony in, reality gives way to other stories around Jony Ive, the Apple Watch and the apple car project

Tripp Mickle tells stories of Ive fitting an iPod nano with an ECG to demonstrate what a potential Apple Watch product could do, a curious Apple Car demo in 2015.

The chapter includes an annoying detail: “Apple asked the photographer behind Jony Ive’s Apple product design book to pay him some $20 million, after an audit uncovered excessive billing for his services.”

The book tells that one fall day in 2015, Ive met Tim Cook in Sunnyvale to show him how he envisioned the car working. She visualized a voice-controlled vehicle as passengers ordered Siri where they wanted to go. This is how the author narrates it:

“The two executives entered the prototype of a saloon-style cabin interior and sank into the seats. Outside, an actor played Siri and read from a script written for the fanciful demo. As the imaginary car sped along, Ive pretended to lean out of her window. “Hey Siri, what was that restaurant we just passed?” he asked and the actor replied ”

“Ive got out of the car with a look of satisfaction on his face, as if the future was even bigger than he had imagined. He seemed oblivious to the watching engineers, some of whom were gripped by a worrying sense that the project was as fictitious as the demo, moving fast but nowhere near its final destination.”

Also covered is the period in which Jony attempted to leave the company long before and the well-known story of his part-time elevation, awkward return, and inevitable departure.

Cook’s story is perhaps much more stable and less interesting. That’s partly due to the private, statesmanlike nature of the Apple executive. But the great book on Tim Cook is a pending task.

In Steve’s After “there is no reference to what happened behind the scenes at Apple during the butterfly keyboard era of MacBooks. Despite the designer’s insistence on perfection. It’s true that some Apple hardware took design directions that favored form over function during his final years with the company.

However, the NYT reporter emphasizes the criticism of the excessive and generous fees that Ive was paid while he was distracted by the desire to leave the company.

But that convoluted plot deserves a separate book threading through the state of the Mac during Jony’s final years and his critically acclaimed recovery after his departure.